According to Assistant US Attorney Chris Thomas, Christopher Kunzelman was punched, kicked, and hit with a shovel while trying to renovate the house he purchased in the Kahakuloa village. 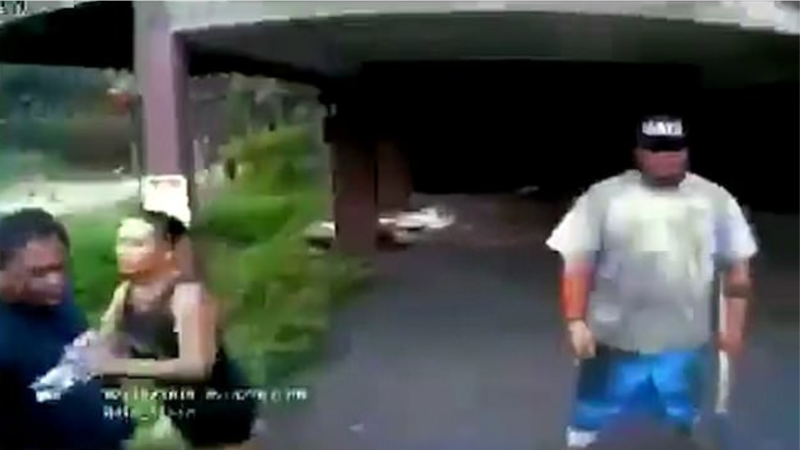 Olivia Rondeau
Nov 9, 2022 minute read
ADVERTISEMENT
ADVERTISEMENT
The attorneys of two Native Hawaiian men who brutally beat a white man who bought a home in their village don't deny the assault took place, but are arguing against hate crime charges despite one man allegedly saying the victim had the "wrong" skin color during the attack.

The trial for Kaulana Alo-Kaonohi and Levi Aki Jr., who are each being charged with one federal count of a hate crime, began on Tuesday, according to an Associated Press report.

In 2019, Kaonohi pleaded no contest to the 2014 felony assault, and was sentenced to probation. The current trial in the US District Court in Honolulu is only to determine if the two are guilty of a hate crime, for which they could serve up to 10 years in prison if convicted.

According to Assistant US Attorney Chris Thomas, Christopher Kunzelman was punched, kicked, and hit with a shovel by Alo-Kaonohi and Aki while trying to renovate the house he purchased in the Kahakuloa village, on the island of Maui.

As a result of the attack, Kunzelman sustained a concussion, two broken ribs, as well as trauma to his head and abdominal area, Thomas said.

Kunzelman testified that he and his wife decided to leave the mainland US for Maui after she was diagnosed with multiple sclerosis.

"It's just serene and beautiful," he said.

After buying the four-bedroom oceanfront house, Kunzelman said he went to Maui first to fix up the house for his wife and their three daughters.

He brought two pistols to the island after hearing that one of his contractors had been assaulted. Kunzelman also said he took the precautions after his realtor told him that some in the area's native community were racist towards white people.

Unfortunately, Kunzelman's fears were proven right when he arrived.

The attack was "hard to stomach," said Craig Jerome, one of Alo-Kaonohi's federal defenders. However, he doesn't believe it was racially motivated. According to Jerome, the horrific assault was provoked by the presumption that Kunzelman was trespassing on the property, and had cut chains on village gates.

The situation escalated when Alo-Kaonohi and Aki noticed that Kunzelman had a gun, the lawyer said.

According to the prosecutor, the assault was, in fact, motivated by racial hatred. During the beating, Alo-Kaonohi allegedly dragged his finger down Kunzelman's face, saying his skin was the wrong color.

Though no racial slurs were uttered during the attack itself, Aki later told police that Kunzelman was behaving like a "typical haole," according to Thomas.

"Haole" is a Hawaiian term for individuals who are not native to the islands, and applied to primarily white people. The term can be used as a pejorative, but not always.

"It's not a hate crime to assault somebody and in the course of it, use the word haole," said Aki's public defender,  Lynn Panagakos. The attorney also noted that Aki is of mixed ethnicity, with both Hawaiian and "haole" heritage.

"Haole has multiple meanings depending on the context," she said. "It's an accepted word."

According to Kunzelman, his family never got to live in Maui, and they now reside in Puerto Rico.