Sheriff Troy Nehls of Ft. Bend County claims that a US Postal Service worker was caught throwing away his campaign mailers in the trash. 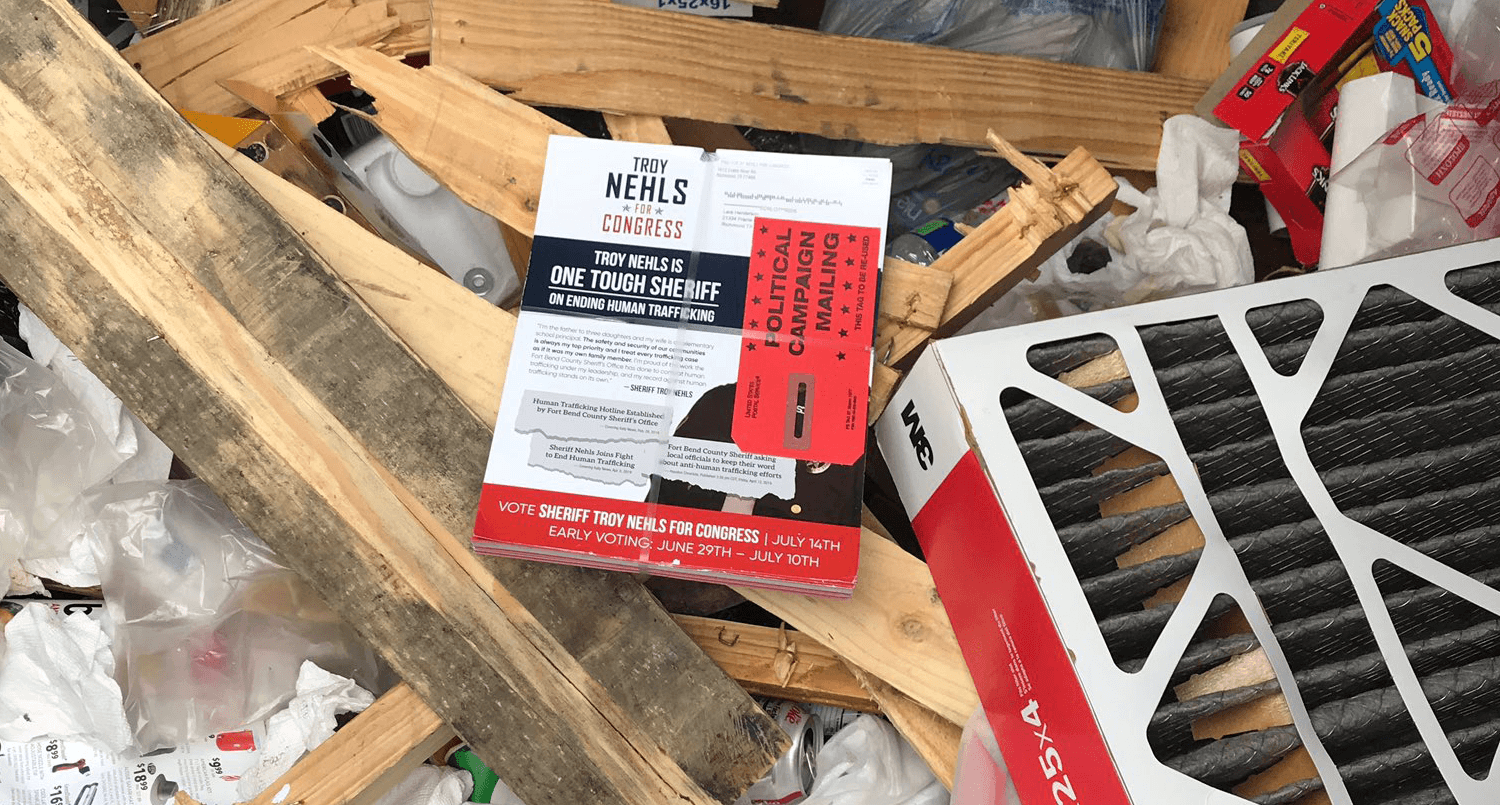 Sheriff Troy Nehls of Ft. Bend County claims that a US Postal Service worker was caught throwing away his campaign mailers in the trash.

Nehls, who is a Republican candidate for Texas’ 22ndCongressional District says he reviewed surveillance camera footage after receiving tips from concerned citizens who said they heard noises from the location.

“Some patriots nearby heard a noise when she tossed them in & went to investigate,” Nehls wrote on Twitter. “They found a stack of them and called me. No wonder people are skeptical of mail in voting.”

Unfortunately, the surveillance camera is too far away from the garbage dumpster for him to fully confirm his accusation. Nehls took a photo of the contents of the dumpster, revealing a stack of his campaign fliers.

"We’re running a grassroots campaign and don’t have money for TV," added Nehls. "I rely on mailers to reach voters and it’s sad to see a federal employee interfering with that."