One alleged victim, Brett Bluth, said that his then-therapist Hamblin knew a therapeutic ritual that would heal him of his homosexuality and "[h]e started suggesting that the semen of a righteous man would then undo the damage that the semen of the unrighteous men had done." 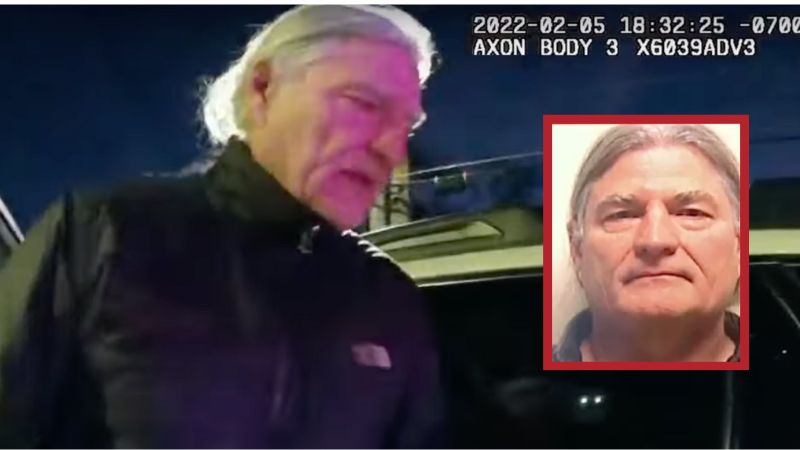 According to local Fox News, one alleged victim, Brett Bluth, said that his then-therapist Hamblin knew a therapeutic ritual that would heal him of his homosexuality and "He started suggesting that the semen of a righteous man would then undo the damage that the semen of the unrighteous men had done. He put his arm on the back of the sofa, and he put his other arm back, and he waited — and we sat there in silence," Bluth added. "He put his hands on my head and gave me a Mormon priesthood and blessed the sperm."

Hamblin had been charged with 18 counts related to the sexual abuse of child prior to his Wednesday arrest, but all of those charges had been dropped.

Those charges originated from Hamblin confessing in a recording of raping at least one member of his own family, telling her "I am sorry for raping you."

He did lose his license and was excommunicated from the Mormon church at that time.

Bluth, who explained that he had a long, protracted period of grooming and abuse from Hamblin, said he was hopeful the charges would stick this time, saying "I do think it will be different."

Bluth explained the former therapist's method of operation and how he used hypnosis in his therapy/abuse. Through hypnotherapy Hamblin would try and convince Bluth suffered from multiple personality disorder and that he was sexually abused by a child.

"He had a yellow notepad with lined papers of notes, and he would read them back to me saying, 'This is what one of your personalities said while you were under hypnosis.' I told him I was never under," Bluth said, telling the therapist the hypnosis was not working.

"I think the emotional abuse was far more damaging than the sexual abuse," Bluth added.

Bluth noted that he confronted Hamblin as an adult and told him to give up his license and that he needed to stop his "peyote ceremonies" that he conducted through his church.

According to local news, the arrest reports said, "David Hamblin was a licensed therapist whose license was revoked by the state of Utah due to allegations that he was sexually abusing his client(s). Through this investigation, it has been reported that David continues to perform 'therapy' under the guise of 'healing circles' and upon information and belief, the abuse may be ongoing. David Hamblin is a threat to the children and citizens of Utah County."

The Utah County Sheriff's Office announced the ritualistic sexual abuse investigation into on May 31, 2022. Reports had poured in from over 130 victims with credible accounts between 1990-2010.

According to KSL News, one girl said her abuse started in the 1980s and that he worked as a babysitter and would abuse multiple children at a time, making them perform acts on each other and critiquing them.

Sgt. Spencer Cannon noted one victim said her abuse lasted between the ages of six and thirteen. Hamblin's booking records indicate multiple children were present in the abuse, that he forced kids to perform sex acts on another adult, a woman, who is not considered a victim in the investigation and could have participated in the abuse with Hamblin.

The sheriff's office did say there will be more arrests in the case.

Utah County Attorney David Leavitt announced he was a subject of the investigation on June 1, 2022 at a press conference. He said he was friends with Hamblin and his wife but that he believed the current investigation was politically motivated.
ADVERTISEMENT
ADVERTISEMENT
HamblinBadTherapist