County Commissioner John Yeackle said that "We didn't have an active shooter policy at the county. That is not surprising because many small communities never think that it will happen to them and don't have a written policy to that effect." 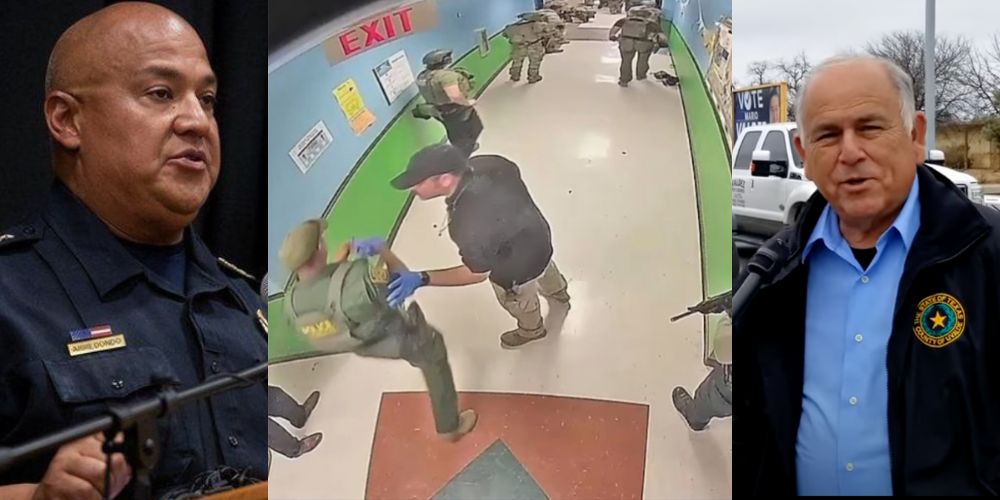 Three Uvlade, Texas county commissioners voted unanimously on Monday to launch an independent after-action review of the Uvalde County Sheriff's Office because of their response to the massacre at Robb Elementary School on May 24.

Local news reports that the county will "enter into an agreement with an as-yet undetermined firm or individual" to review what operating procedures need to be implemented in the wake of the shooting.

County Commissioner John Yeackle said that, "We didn't have an active shooter policy at the county. That is not surprising because many small communities never think that it will happen to them and don't have a written policy to that effect."

The active shooter, Salvador Ramos, entered the school at 11:33 am and massacred 19 children and two teachers.

Police were on the scene in minutes but did not charge the unlocked classroom door behind which Ramos hid. Before Ramos was eventually killed at 12:50, almost an hour and a half later, over 400 law enforcement arrived on the scene.

Yeackle said that, despite the massive law enforcement presence, "no one seemed to know who was in charge."

NBC News reports that many members of the community attended the commissioners' meeting to demand accountability from authorities.

The head of the Texas State Police Steven C. McCraw spoke to the state's Senate committee in June and said that officers on-scene could have stopped the gunman's rampage within "three minutes."

Instead, police never tried to breach the unlocked door behind which Ramos hid and surveillance video has shown officers standing idly by while children screamed only feet away.

Cross also said absent County Commissioner Mariano Pargas should have been present for the meeting. "We have a county commissioner who was on the scene, didn't do a damn thing. And he still has his position. He didn't even show up today," Cross noted.

Uvalde Mayor Don McLaughlin placed Mariano Pargas, who was the acting city police chief on the day of the shooting, on administrative leave last week. McLaughlin has intimated that Pargas should have been more in command that day instead of leaving so many decisions in the hands of Uvalde School Police Chief Pete Arredondo.

In the time between the shooter's entry to the school and eventual termination at the hands of a Border Patrol tactical team, Arredondo arrive on scene without a radio, searched in vain for keys he didn't need to access the room, and said, "Tell them to f*cking wait' in response to parents who wanted to save their dying children.

Arredondo resigned from his role on the city council in early July and is currently on administrative leave from his police chief duties. The school was due to hold a meeting on Saturday to discuss Arredondo's firing but delayed for unspecified reasons.

Anne Marie Espinoza, a spokeswoman for the district, said "In conformity with due process requirements, and at the request of his attorney, the meeting to consider the termination of Chief Arredondo will be held at a later date which has yet to be determined."