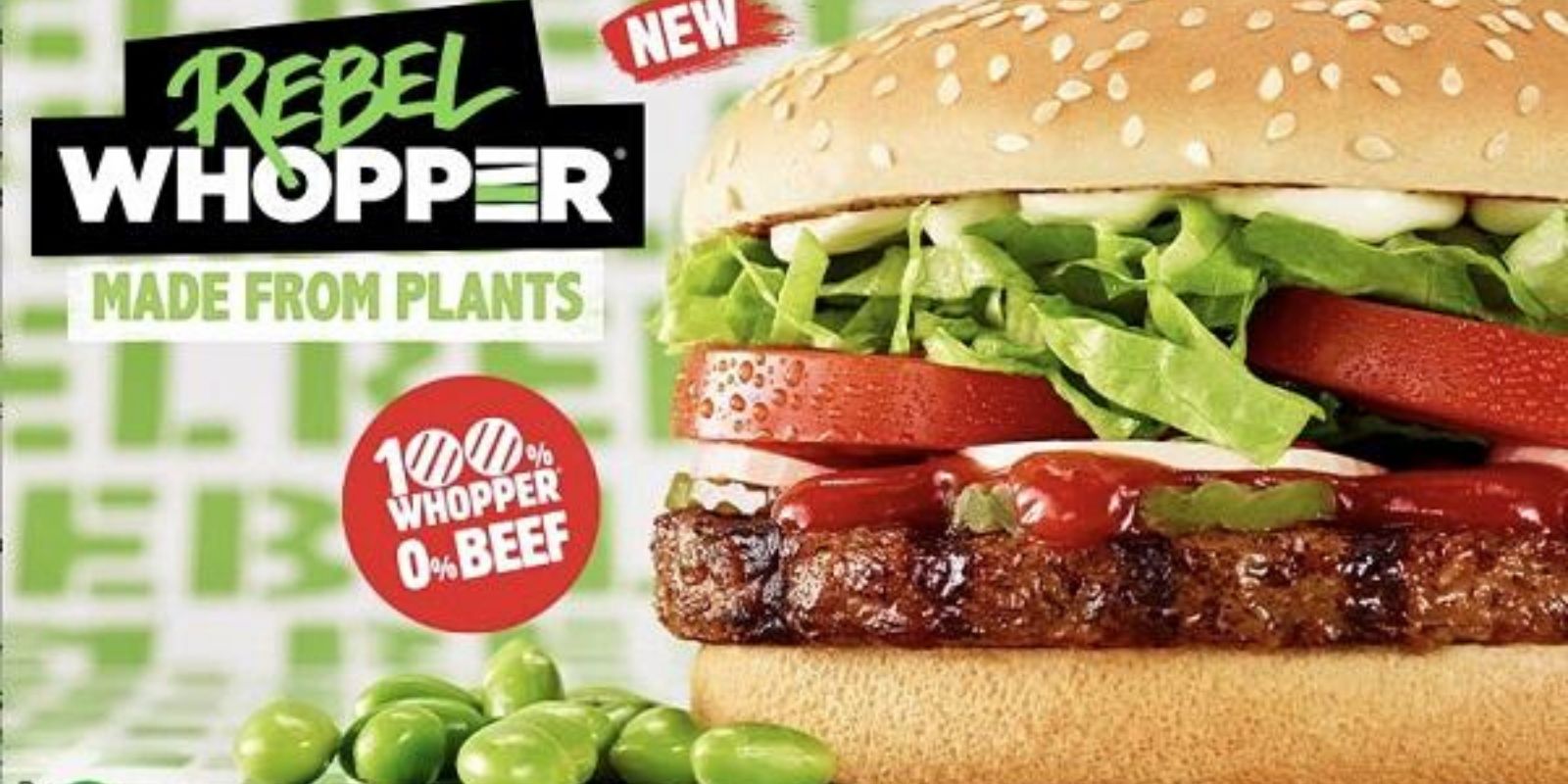 Hungry Jack’s is the latest to board the woke train and create plant-based burgers to appeal to a vegan consumer base. However, things aren’t going nearly as well as they had hoped.

While the ‘Rebel Burger’ is 100 percent plant-based, there is still a big problem: the burger doesn’t have its own meat-free grill.

“It’s 100% plant-based, and flame-grilled on the same grill our regular whopper is cooked on,” Hungry Jack’s proclaimed on Facebook, after receiving pushback. “If you’d like a vegan option not cooked on the grill, our Vegan Cheeseburger is delicious.”

Forthrightness is generally a good marker of an honest business and a great company. Unfortunately for Hungry Jack’s, the admission that the plant-based burgers came anywhere near meat was a tactical error.

It appears the only point of contention, the only source of the vegans’ dissatisfaction, is that Hungry Jack’s doesn’t use a vegan-only grill to cook its plant-based burger. This means that some animal products could conceivably be cooked onto the surface of the Rebel Burger.

Having learned their vegan sandwiches have possibly been contaminated with pesky meat, several vegan Facebook users were quick to express their outrage.

“Not enthused to find out your “Plant-based” (Read: Marketing to vegans and vegetarians) Rebel Whopper Burger is cooked on the same boiler that is also used to cook beef products. A little misleading don’t you think?” asked one Facebook user.

“I think I speak for a large majority of customers who are purchasing the new burger when I say that it is very disheartening and confusing as to why HJ’s would go through the efforts of introducing a plant-based burger when it’s cooked with the regular meat, as well as the fact that many vegans/vegetarians would be ordering this not knowing that it is prepared alongside real meat products,” wrote another in a lengthy Facebook post. “Can you please shed some light as to why this is the case because I can’t wrap my head around this at all!”

“It’s a shame you cook it with meat patties,” came another incensed customer. “Surely you can get a separate grill as majority of plant-based eaters are vegan.”

“Not sure why’d you go to effort to make a plant-based burger available on the menu to then cut-out vegans as largest market of plant-based consumer,” wrote another Facebook user.

Hungry Jack’s chief marketing officer Scott Baird says the vegan option was pitched at their whopper consumer base and that the company strived to make a vegan option that tasted as close to the non-vegan burger as possible.

But it appears that isn’t good enough—the company should have thought of vegan-only grills.

Vegan Australia director Greg McFarlane says that he cannot certify the plant-based burger as a vegan option due to the cross-contamination issue but hopes the company will one day learn the error of their ways and solve the problem.

As of this article’s writing, a Change.org petition has received 257 signatures of its 500-signature goal to ask Hungry Jack’s to not mix the plant-based patties with the meat ones.

“We love that big corporations are getting on board the plant-based train but why make something that’s perfect for the vegan/vegetarian market and then exclude them?” writes the petitioner.

“In 2019 vegans don’t just want a vegetable patty. We had those in the 1990’s, the technology is there to make these amazing substitutes to give that classic Whopper taste, that’s what we want, just minus the beef juice!”