Calling it a "big mistake," the President continued his stringent approach to reopening the country. 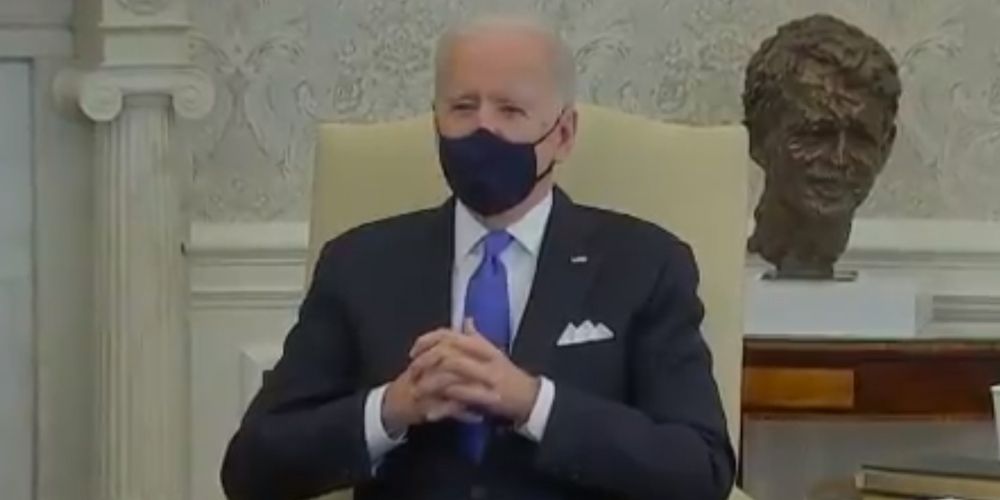 Responding to reporters, President Biden ranted about the decisions made by Mississippi and Texas to entirely lift their state’s mask mandates.  His argument centered around this moment in the pandemic being crucial. Especially given the vaccine rollout.

Calling it a "big mistake," the President continued his stringent approach to reopening the country.

“The last, uh, the last thing we need is Neanderthal thinking that, in the meantime, everything is fine, take off your mask. Forget it. It still matters,” Biden told the group. “As of last, as of yesterday, we had lost 511,874 Americans. We're gonna lose thousands more...” he continued before trailing off onto talking about the importance of vaccinations.

It’s worth noting that Texas and Mississippi aren’t simply getting rid of mask mandates. They’ve also signaled that businesses in these states can reopen towards a fuller capacity as well. A declining number of cases and the increased availability of vaccines are the reasons cited by each of the state governors as to why they’re making the move.

Moves the federal government has made in the past few days backs up their thinking. Yesterday the White House announced Johnson & Johnson and Merck were teaming up to accelerate vaccine production, pushing the timetable up from the end of July until the May, as to when there will be enough vaccines available to every American.

The removal of state level mask mandates only goes so far. According to CNN, companies like: Best Buy, CVS, GM, JCPenney, Kroger, Macy's, Target, Toyota, and Walgreens will all continue mask mandates on their premises. Others will resort to strongly encouraging them even if they’re not required.

President Biden recently projected that the USA will be back to normal by “this time next year.”