Instead of decrying China for being the largest polluter on Earth, Kerry praised the dictatorship, and suggested Europe’s energy crisis could be solved by mirroring their strategy of having more electric cars on the road. 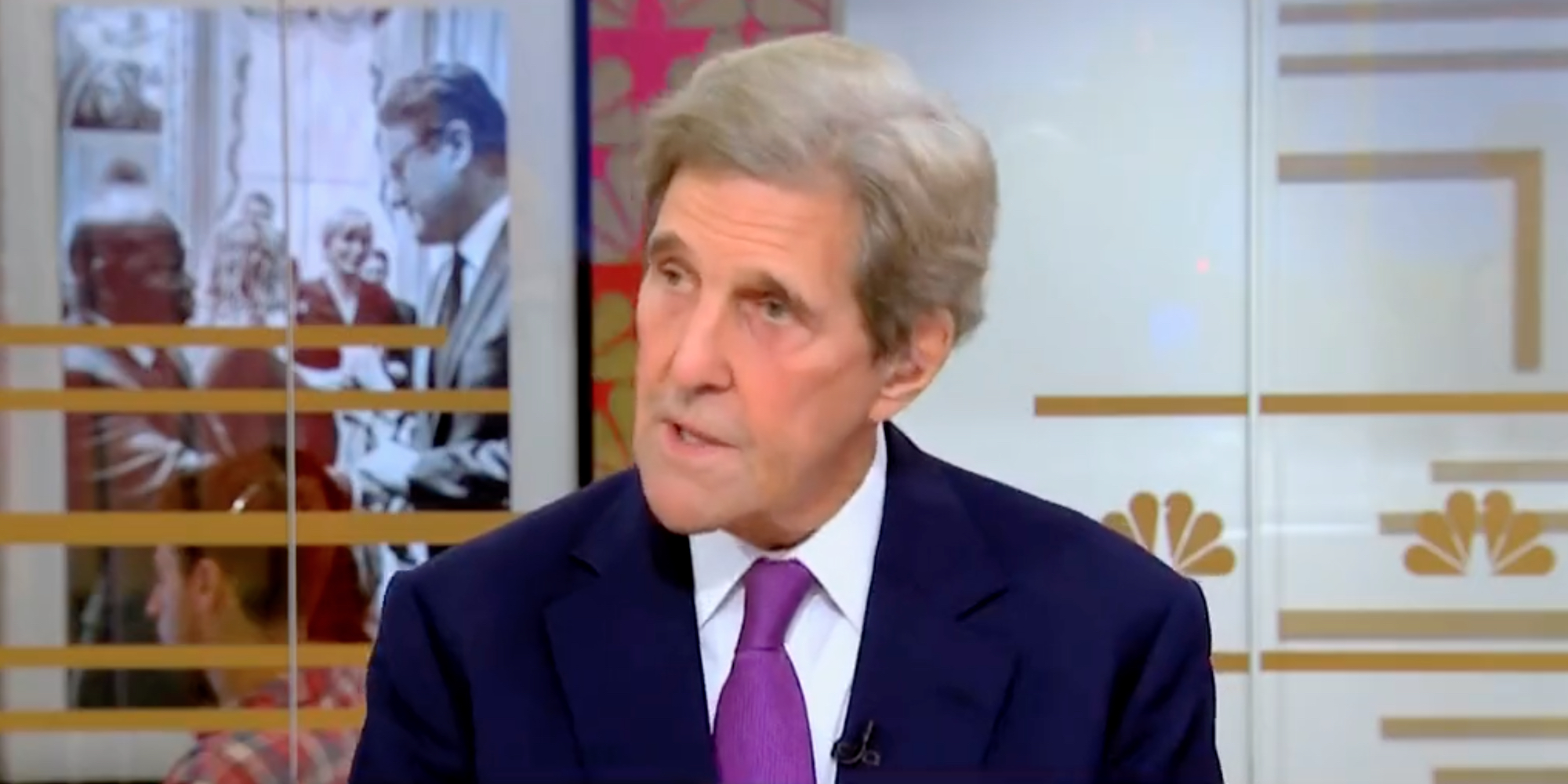 Instead of decrying China for being the largest polluter on Earth, Kerry praised the dictatorship, and suggested Europe’s energy crisis could be solved by mirroring their strategy of having more electric cars on the road.

“What can be done about China and their seeming reluctance to participate in affairs of climate control with other nations?” the host asked.

“China, interestingly enough … has a plan,” Kerry replied, admitting that he feels “they could be doing more.”

He went on to explain that China is set to have more electric vehicles on the road in the next year than the rest of the world combined.

“I’m not excusing China,” Kerry said, “I’m just telling you that China is moving to do additional things. They are deploying renewable power at a rate that exceeds all other nations, they are the largest manufacturer of renewables in the world, and so China is moving.”

Kerry appeared to suggest that Europe could put an end to its energy crisis by following China’s lead, adding that while the continent has other things on its plate, including the war in Ukraine and inflation, fighting climate change cannot go by the wayside.

To highlight Europe’s need to switch to renewable energy, Kerry pointed to the environmental impact of the attack on the Nord Stream pipelines, which released huge amounts of methane.

As Forbes reports, since the onset of war in Ukraine and the subsequent European energy crisis, Kerry has pushed for the continent to use the situation as a way to move towards renewable energy.

“Europe has had no choice but to understand they’ve got to move off of Russian fossil fuels as fast as they possibly can,” he said in April. “To their credit, they’ve really taken the initiative to double down on their deployment of renewables, to be dramatic in the degree they’re going to try to reduce the dependency.”

“If anything should come out of what should happen with Ukraine in the last months,” he added, “it is that we are much better off if we can be energy independent, certainly not dependent on somebody like Putin.”
ADVERTISEMENT
ADVERTISEMENT
John_Kerry