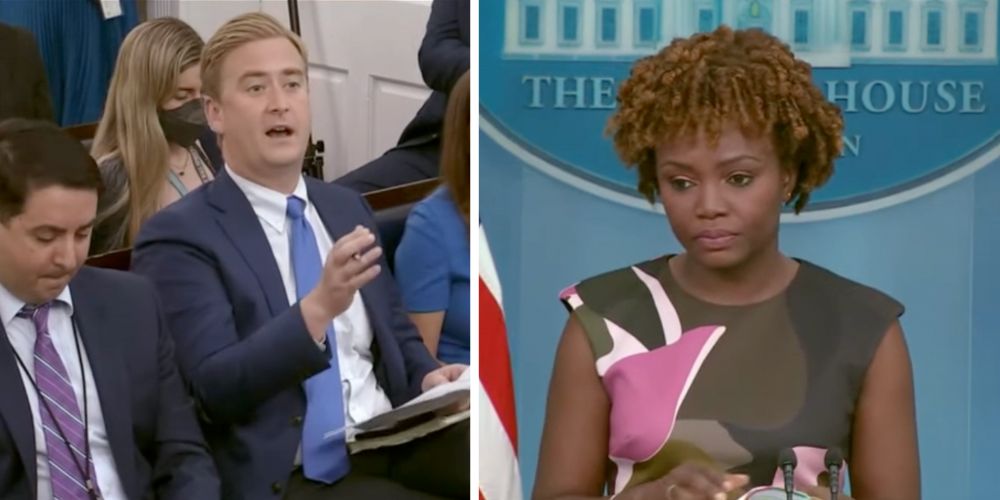 "First of all, we're just not going to comment on the Department of Justice investigation," Jean-Pierre said.

Doocy stressed the question again, asking "Is the White House weaponizing the Justice Department and the FBI against political opponents?" An earlier question from Doocy asked whether the president considers Trump a political opponent.

"The president has been very clear from before he was elected. Very clear on this," Jean-Pierre responded, before being interrupted by Doocy.

"I heard the quote, we will be playing the quote tonight at six o’clock. Is this administration weaponizing the Justice Department and the FBI against political opponents?" Doocy pressed once again.

"The president has been very clear. I laid out what his thoughts were back on January 7 in 2021, about how he saw the Department of Justice, and I'm just going to leave it there. We're not going to comment from here, from this White House on a criminal investigation that is currently happening," she said.

Earlier in the press conference, Jean-Pierre said that the White House had not been briefed ahead of the Monday morning raid at Mar-a-Lago, where FBI agents took documents, including 15 boxes of documents requested by the National Archives, from the residence.

The same reporter questioned whether it would appear to others in the nation or around the globe that the Department of Justice carried out "politically motivated prosecution."