"It's almost impossible to get monoclonal antibodies. They're making it so you can't get them. Medicine that absolutely works—they're keeping from us," White said. 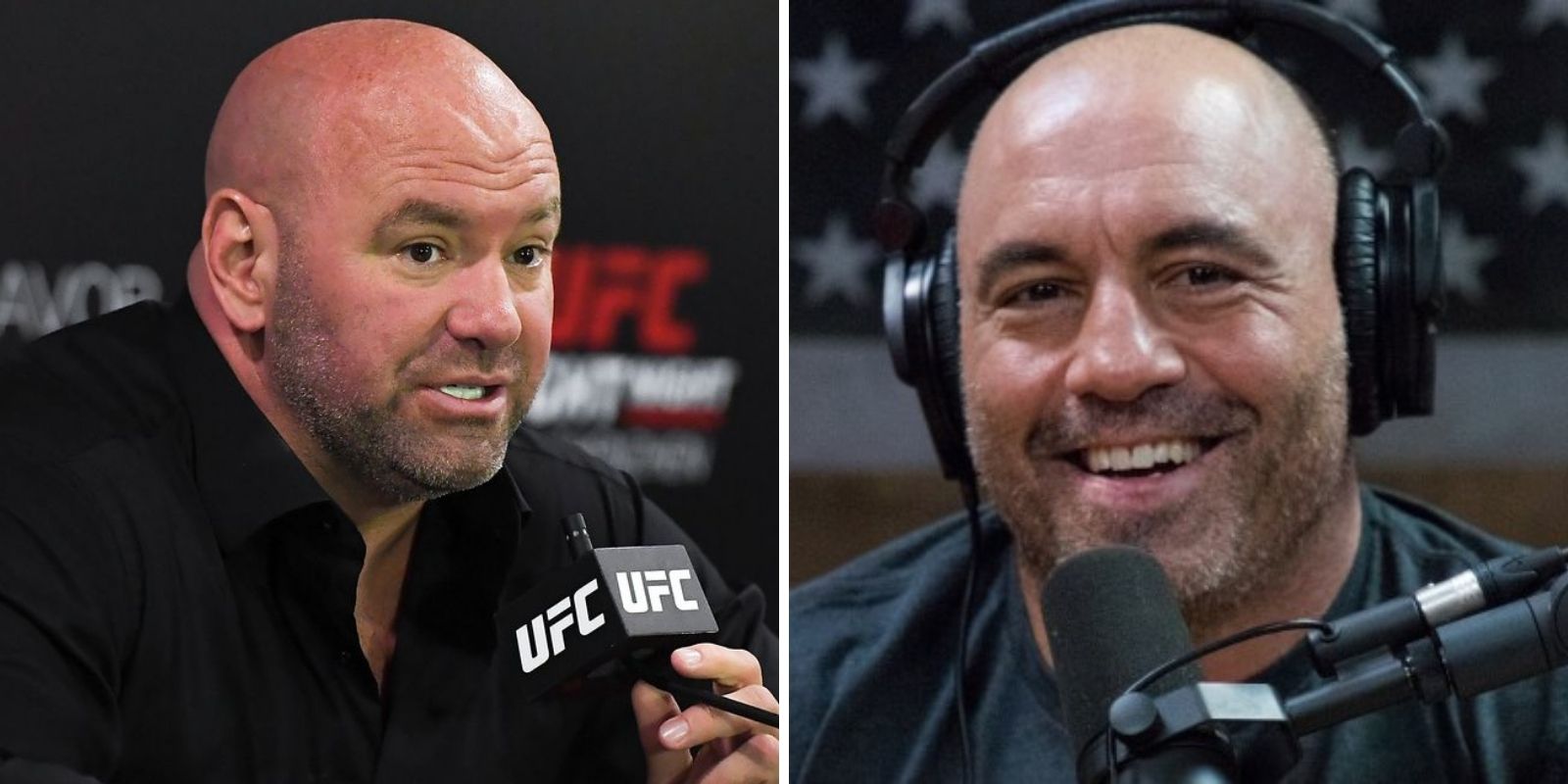 UFC president Dana White defended podcasting legend Joe Rogan after hearing that he's been attacked for his COVID-19 skepticism. White then exchanged jabs with a reporter over alternative treatments for the coronavirus.

Rogan is the target of a petition signed by over 200 doctors pressuring Spotify, which has exclusive streaming rights to "The Joe Rogan Experience" podcast, to tackle COVID-19 "misinformation." Rolling Stone jumped aboard the demand for Spotify to censor Rogan, after the outlet spread a false story that hospitals were overwhelmed with patients overdosing on the drug ivermectin.

"I was wondering what your thoughts were with the 200-plus doctors trying to put pressure on Spotify saying that Joe's a menace...?" a reporter asked White.

"Are they really?" White questioned at Saturday's UFC Vegas 46 post-event press conference. "Well, how about this? Ever since I came out and said what I did, it's almost impossible now to get monoclonal antibodies."

"They're making it so you can't get them. Medicine that absolutely works—they're keeping from us," White told the reporter, noting: "I don't want to get too political and start getting into all this sh*t, but ivermectin and monoclonal antibodies have been around for a long time. Now all of a sudden you can't dig them up to save your life; the doctors won't give them to you."

"And even when I did it...here in Vegas...[when] I had it right before Christmas, I made one phone call and was able to get it done," White recounted to the press. "And that's not some f*cking rich famous guy sh*t. Like anybody could've called...Everybody could've got it back then," White continued.

"You can't get those things to save your life now, literally," White added.

The reporter then asked White if he's surprised about the backlash policing COVID-19 skeptics from discussing options and treatment.

"It's disgusting. It's one of the craziest things that I've ever witnessed in my life. And we're not talking about experimental drugs or things. This stuff's been around. Ivermectin, the guy won a Nobel Peace Prize ..." White responded.

To which, a voice interjected, asking White: "Are you a doctor?" The questioner was identified as Yahoo! reporter Kevin Iole, who had heckled White before and argued at a UFC press conference in support of COVID-19 vaccination.

"There you go. Here he comes!" retorted White, taking it in stride.

"No, but I took them, and they both worked for me, so why shouldn't I be able to take them again? Or other people?" White fired back at the sports reporter.

"I refuse to answer that question," replied Iole.

"No, come on. Dive in," White went on. "You want to know what's scary? I bet I can get some f*cking pain pills quicker than I can get monoclonal antibodies. Not maybe; that's a fact. They f*cking hand out pain pills like they're Tic Tacs."