Proud Boys founder Gavin McInnes was arrested on Thursday night's live episode of his show Get Off My Lawn. 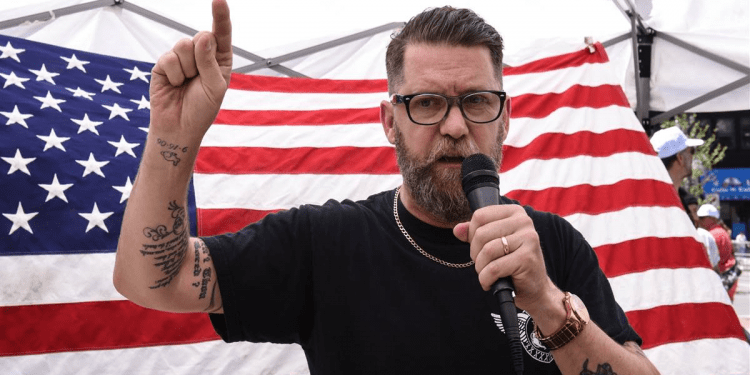 Gavin McInnes was not arrested during a live episode of Get Off My Lawn. A post on his Telegram shows that he is on vacation. Original story below.

Proud Boys founder Gavin McInnes was arrested on Thursday night's live episode of his show "Get Off My Lawn."

Video shows McInnes starting the live broadcast, with it being interrupted shortly thereafter by authorities. The livestream continued for at least thirty minutes after McInnes exits the frame, while police dispatch radio noises can be heard in the background.

Comedian Josh Denny, who has a show on Censored.TV, tweeted that the arrest is "not a bit," and that they are working to "get [McInnes] out" from jail.

"Gavin was against going to Jan 6. He was against Charlottesville (and told Proud Boys they were out of the club if they went) but he's rotting away in jail because he dared to question authority," Denny said in a tweet.