"Lock him up! Lock up Trudeau!" 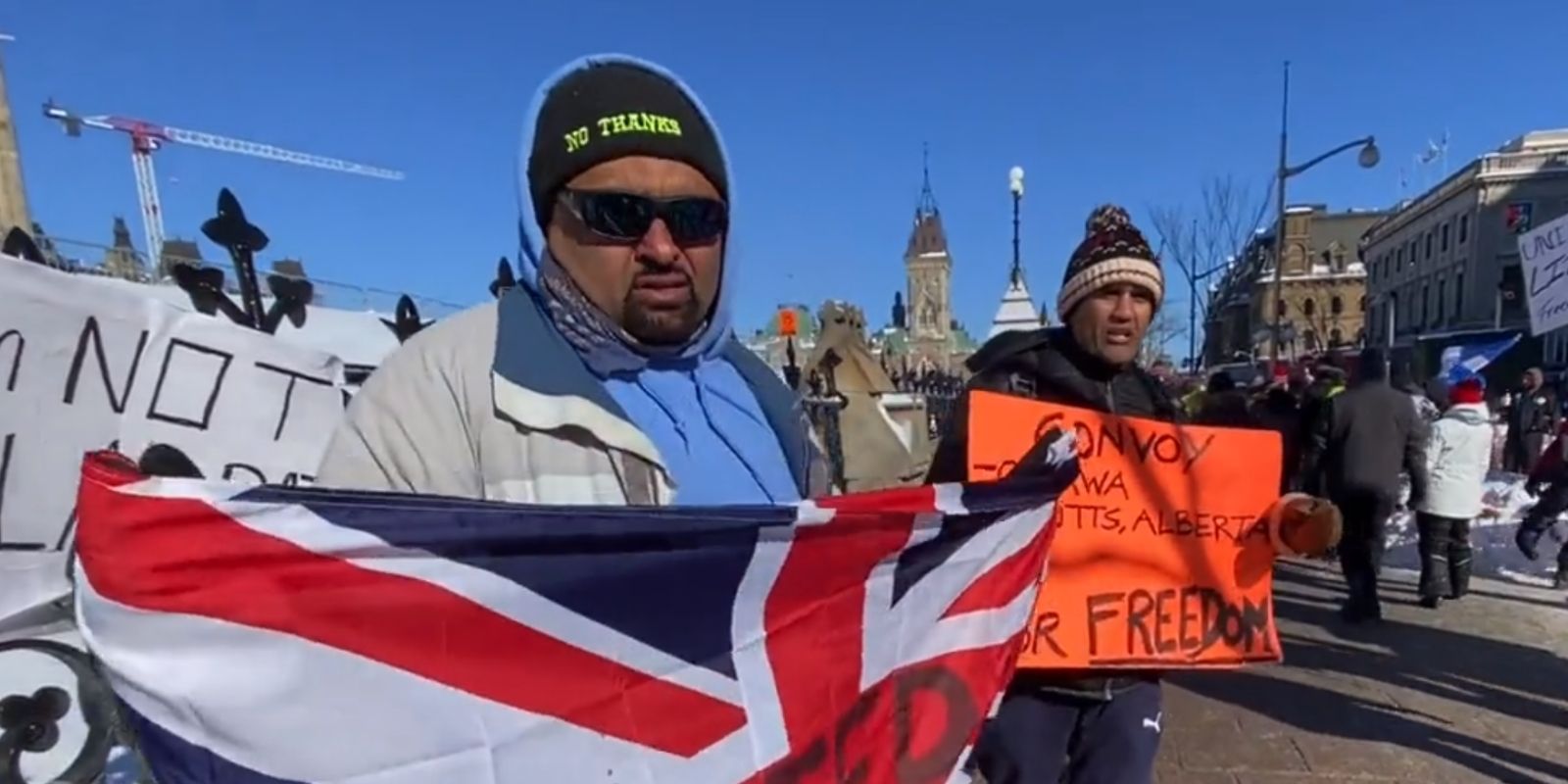 Two men of Indian descent had a message for Prime Minister Justin Trudeau on day one of the second weekend of Freedom Convoy protests near Parliament Hill in Ottawa, Ontario, after Trudeau claimed the protestors are "a fringe minority."

"No more Bollywood dancing! Shame on you! We are your white fringe minority! I'm a white supremacist. Here I am! Lock him up! Lock up Trudeau!" they said.

The two men were seen with signs that read "FREEDOM" and "Convoy for Freedom." The men were referencing the prime minister's comments, in which he said that protestors were racists, and part of a "fringe minority."

"The small fringe minority of people who are on their way to Ottawa are holding unacceptable views that they're expressing, do not represent the views of Canadians who have been there for each other who know that following the science and stepping up to protect each other is the best way to continue to ensure our freedoms, rights, and values as a country," Trudeau said

Trudeau has previously called those opposed to vaccine mandates sexists and racists, saying that "We have to make a choice, as a leader, as a country. Do we tolerate these people? Because over 80 percent of people have already done their part."

The prime minister was also mocked for his "Bollywood dancing," after showing off his Bollywood bhangra dancing in 2018 during an India trip that left Canadians embarrassed.

As described by CTV News: "The PM busted a few bhangra moves as he took the stage in front of a large crowd at Canada House, waving his arms and stepping to the steady music of a drum. He paused the performance briefly to clap along with his wife, Sophie Gregoire Trudeau, then returned to dancing for a few more seconds."