"If you're somebody who's out there that's talking about sexual information, sexual education to children... guess what. You're a groomer," said Posobiec. 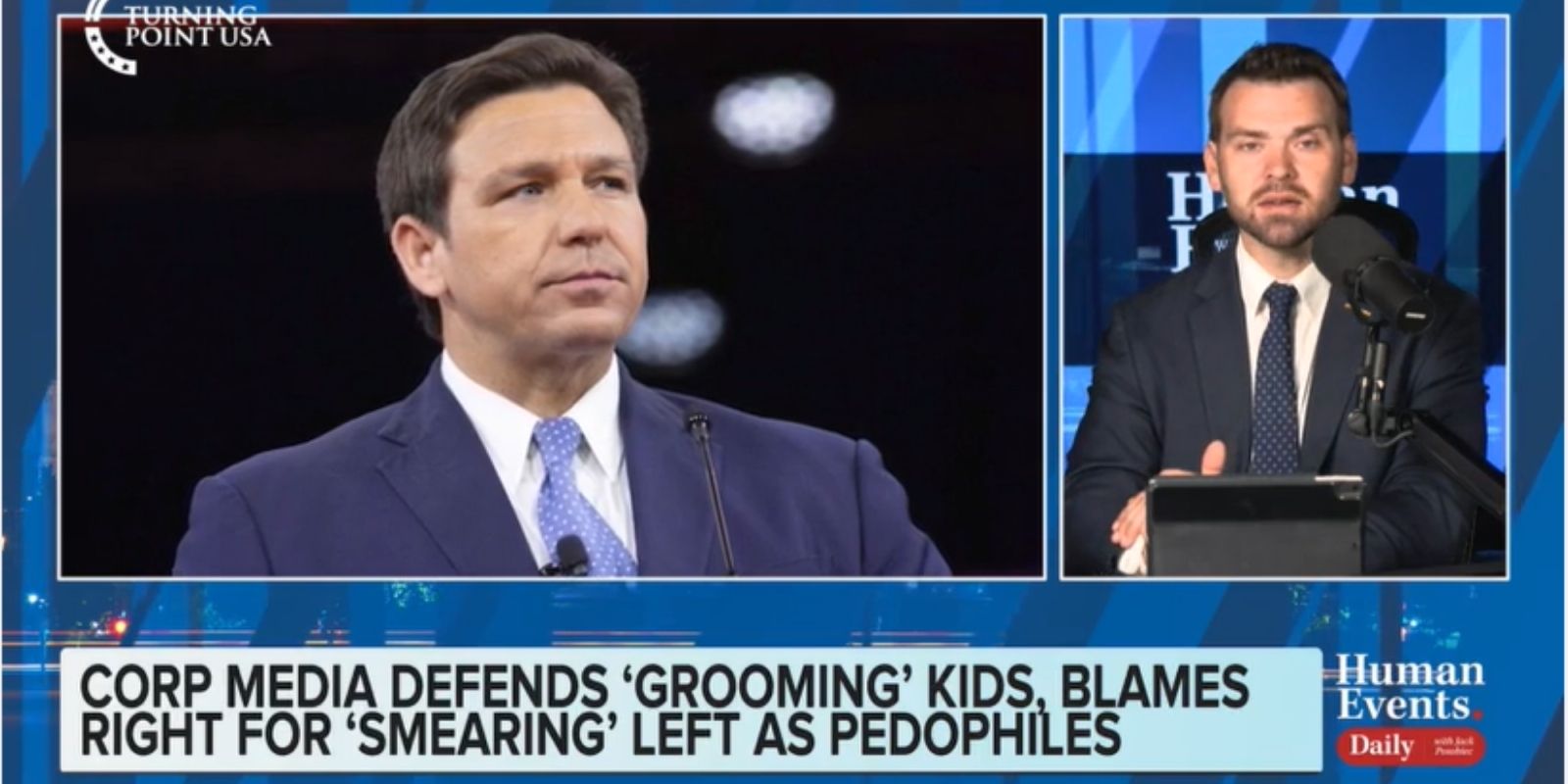 Posobiec commended DeSantis on his hardline approach against the grooming of children before taking aim at corporate media for their blatantly partisan opposition.

"OK, Groomer. That's governor DeSantis, explaining to the corporate media and corporate America, that we're going to draw the line here. We're going to put a stop to the grooming of children." he said.

"If you're somebody who's out there that's talking about sexual information, sexual education to children, kindergarten to third grade, we're talking the youngest of the young children, if you think that's okay, that that's something that they need to learn instead of, I don't know, math... That's what you teach kids, you don't get into this stuff, and if you do, guess what. You're a groomer.

"What's amazing to me," he continued, "is the entire corporate media has lost their ever-loving minds on this, and it's glorious, it's absolutely glorious. Christina Pushaw, the press secretary for Governor DeSantis put up this complete montage, and I've got to read you these headlines.

Posobiec then reads off headlines such as "Why Republicans are smearing everyone as pedophiles now," by New York Magazine, "Teachers who mention sexuality are 'grooming' kids, conservatives say," by the Washington Post and "GOP Smears Political opponents as 'Pro-Pedophile,'" by MSNBC, linking the anti-grooming bill to QAnon.

"Their smearing as a bill as a 'don't say gay bill,' is in itself a smear, so they don't like the fact that they're getting a response from the bill that it's an anti-grooming bill—which it is by the way. They're losing their minds.

"David French, "the guy who's nominally a conservative, David French, against the groomer smear," said Posobiec in a snobby, posh accent. And then Joel Mathis, 'why are republicans so concerned about grooming?'

"OK, groomer," he quipped. "Finally, the right is learning how to fight back. The same people who were baselessly smeared as Nazis, white supremacists, conspiracy theorists, Russian operatives... insurrectionists... The right is finally fighting back. You're going after our children, you're trying to sexualize them, and we're putting a stop to it.

"If you have a problem with that... then look, look, look... What kind of person would have a problem with anti-grooming laws. What kind of person would oppose a grooming law. Simple question. It's a very simple question. So please, explain to us, why you have this desperate need to have to tell these children about all of these topics. Why? What's your driving motivation?

"It's about destabilizing society by going in and destroying the moral fabric of our society and teaching children to reject traditional moral values so that you can later institute new systems in new institutions based on false values," said Posobiec.