WATCH: Joe Biden says our darkest COVID days are AHEAD, laughs off question about Hunter

Joe Biden claimed on Tuesday that the "darkest days" in the battle against the coronavirus pandemic "are ahead of us, not behind us" and urged Americans to prepare themselves for the coming struggle. 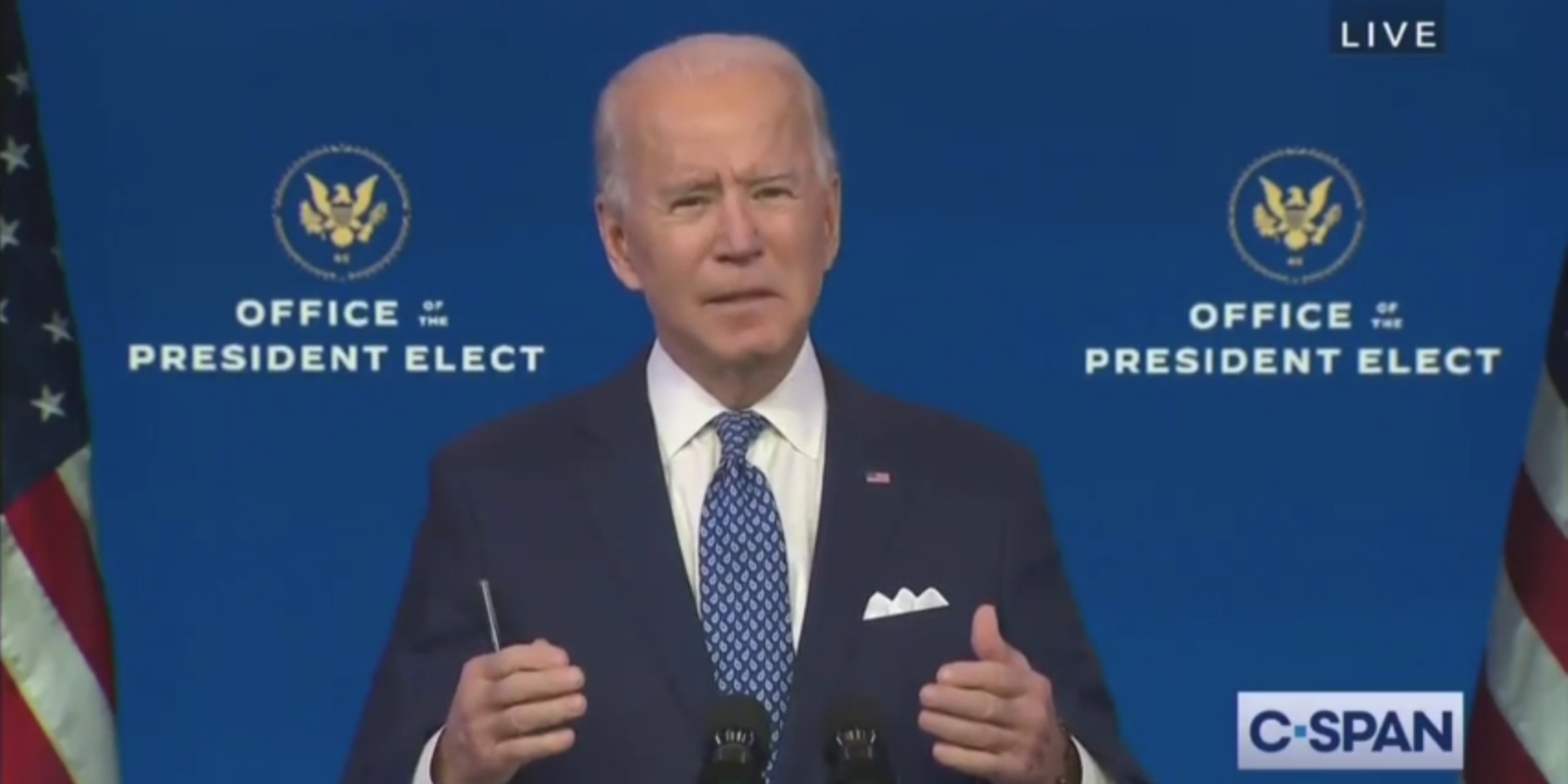 President-elect Joe Biden claimed on Tuesday that the "darkest days" in the battle against the coronavirus pandemic "are ahead of us, not behind us" and urged Americans to prepare themselves for the coming struggle.

"One thing I promise you about my leadership during this crisis: I'm going to tell it to you straight. I'm going to tell you the truth. And here's the simple truth: Our darkest days in the battle against COVID are ahead of us, not behind us," Biden stated in his year-end address from Wilmington, Del.

His pessimistic statement stood in dark juxtaposition to President Donald Trump's "The best is yet to come" catchphrase, which he deploys along with optimism and positivity for the American public.

Biden continued: "So we need to prepare ourselves, to steel our spines. As frustrating as it is to hear, it's going to take patience, persistence, and determination to beat this virus. There will be no time to waste in taking the steps we need to turn this crisis around."

The former vice president vowed that his incoming administration will do its part on the first day in the White House, pointing to masking requirements, new strategies for COVID-19 testing, and protective gear.

"We're going to challenge Congress and the American people to step up immediately as well as to do their part," Biden concluded.

Later on at the end of the press conference, Fox News reporter Peter Doocy asked Biden: "Do you still think the stories from the fall about your son, Hunter, were Russian disinformation campaign and a smear campaign, like you said?"

In response to the question about the New York Post laptop bombshell reports, Biden answered off-beat: "Yes, yes, yes. God love you, man. You're a one-horse pony. I'll tell ya. Thank you."

He paused for a moment at the beginning of the inquiry, before laughing and turning his back to walk away while Doocy was mid-sentence.

Then as he exited the stage, Biden promised that his Justice Department will independently make this judgement about how investigators should proceed with regard to his son's alleged influence peddling and spurious international business dealings.