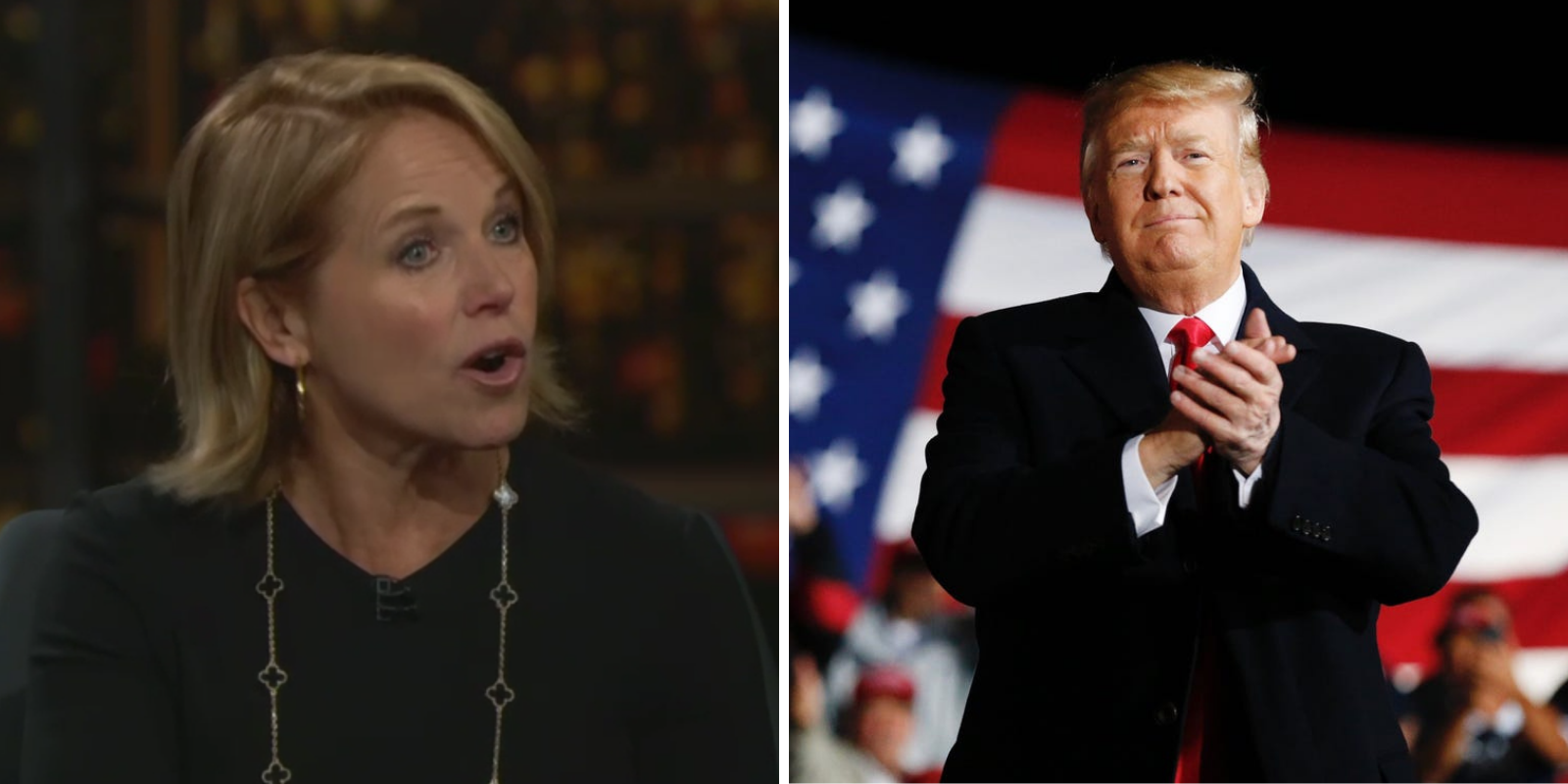 "And the question is: How are we going to really, almost deprogram these people who have signed up for the cult of Trump?" Couric said during an appearance Friday night on HBO's "Real Time with Bill Maher."

During the late-night talk show's panel discussion segment, host Bill Maher kicked off the conversation to discuss the GOP lawmakers who overwhelmingly backed the president in Wednesday's second impeachment vote.

"There's 147 Republicans in Congress who still don't concede that Trump lost the election. What do you do about people who are in the government who don't believe in our way of government?" Maher asked.

Couric suggested that GOP members of Congress might have colluded with the mob, claiming: "It is so shocking, not only are they not conceding, Bill, but there's thoughts that there might have been some collusion among members of Congress. Some are refusing to go through magnetometers—or whatever you call them—to check for weapons."

She appeared to assail Republicans such as gun rights advocate Colorado Rep. Lauren Boebert who vowed to carry her firearm into work in Washington, DC.

"They're not wearing masks during the siege," Couric continued her condemnation. "I mean, it's really bizarre—isn't it—when you think about how AWOL so many members of this Congress have gotten."

Couric argued that "some of them" believe "the garbage that they are being fed 24/7 on the internet, by their constituents, and they've bought into this big lie."

"And the question is: How are we going to really, almost deprogram these people who have signed up for the cult of Trump?" she asked.

The once-straight news journalist has taken a sharp turn to the left. Couric is set to guest host "Jeopardy!" in place of the late beloved Alex Trebek. She will become the first female host in game show's history, joining other celebrities in emceeing the long-running program. In the meantime, Couric has no issue flaunting her partisan cap.

Her language Friday mirrored that of liberal Washington Post columnist Eugene Robinson in the aftermath of the Capitol Hill riot when pro-Trump rioters stormed the Capitol building and left five dead.

"There are millions of Americans, almost all white, almost all Republicans, who somehow need to be deprogrammed," urged Robinson on MSNBC last week alongside The New York Times Magazine reporter Nikole Hannah-Jones.

Robinson then asked fellow panelist Hannah-Jones how American citizens who voted for Trump could be purged of their conservative ideology.

Hannah-Jones, the journalist responsible for her publication's revisionist "1619 Project," noted that she doesn't know "how we can stop people."

"I think we can look to history though. What ultimately breaks that power structure in the South is enforcement, right? There has to be consequences," Hannah-Jones declared.