John Candy died on 26 years ago today but his humour lives on. Born in Newmarket, Ontario in 1950, Candy first got his start in comedy with Second City. 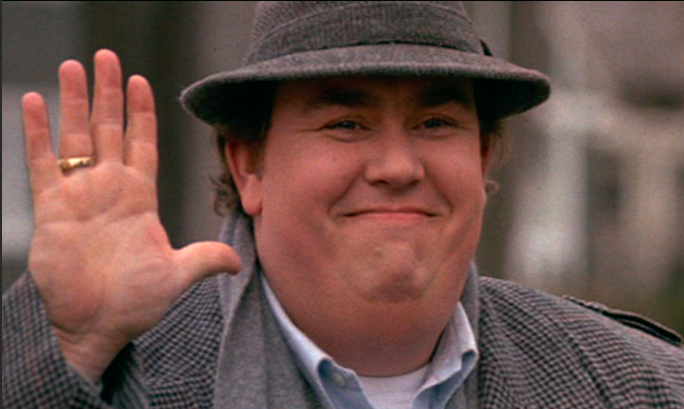 John Candy died on 26 years ago today but his humour lives on. Born in Newmarket, Ontario in 1950, Candy first got his start in comedy with Second City in Toronto and was instrumental in the formation of what would later become SCTV.  In March of 1994, Candy passed away of a presumed myocardial infarction.

Here is a classic sketch from The New Show, a short-lived comedy sketch show from the early eighties, produced by SNL‘s Lorne Micheals. Candy plays a food repairman in a role only he could play.

It’s no wonder Candy could pull of dramatic roles as well, he seems to have adored old time Hollywood, reprising its big stars with impressions such as this one here of the great actor and director, Orson Welles on the Billy Crystal Show.

What really made Candy stand a part was his remarkable likability. There are few celebrities who seemed to retain their humility and common touch as the late great John Candy. No matter what his role, a little bit of his true personality seemed to shine through, if only for a moment. Here we see Candy in a candid interview on his Ontario farm, discussing all things show business.

Although he has passed away, his talent lives on in the work he’s left behind. An interview with Eugene Levy, a cast-mate of SCTV and long-time friend, we discover John was just that same guy off camera as we loved on camera.

can only hope the Canadian Screen Actors Guild will heed the advice of fellow comedian Norm MacDonald and change the name of their awards to the Candy’s. Rest in peace Mr. Candy, thanks for the laughs.
ADVERTISEMENT
ADVERTISEMENT
N/A by N/A is licensed under N/A