A video posted to Twitter today shows vegan protestors attacking employees at an In-N-Out Burger. The crowd cheers as the protestors are carried away. 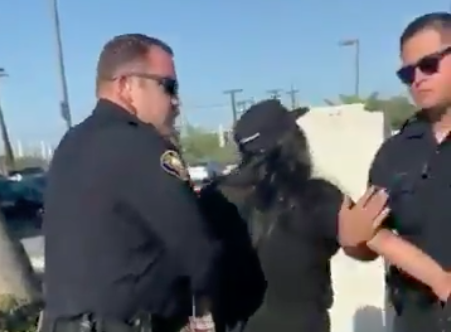 A video posted to Twitter today shows militant vegan protestors attacking employees at an In-N-Out Burger in California. The attack is short-lived, however, as employees effortlessly carry the physically weak protestors out of the establishment and into the waiting arms of police.

As the protestors are carried out, the customers in the restaurant are heard cheering.

One of the protestors is heard screaming “Do you feel bad?”, “I did nothing wrong!” and “This is America!” through a bullhorn. Another is cuffed and escorted into the back of a police car.