Woman thrown on to Brooklyn subway tracks by angry ex-boyfriend

On Tuesday, 30-year-old Jabari Woodson allegedly pushed his ex-girlfriend onto the tracks at a Brooklyn subway station before robbing her and fleeing the scene. 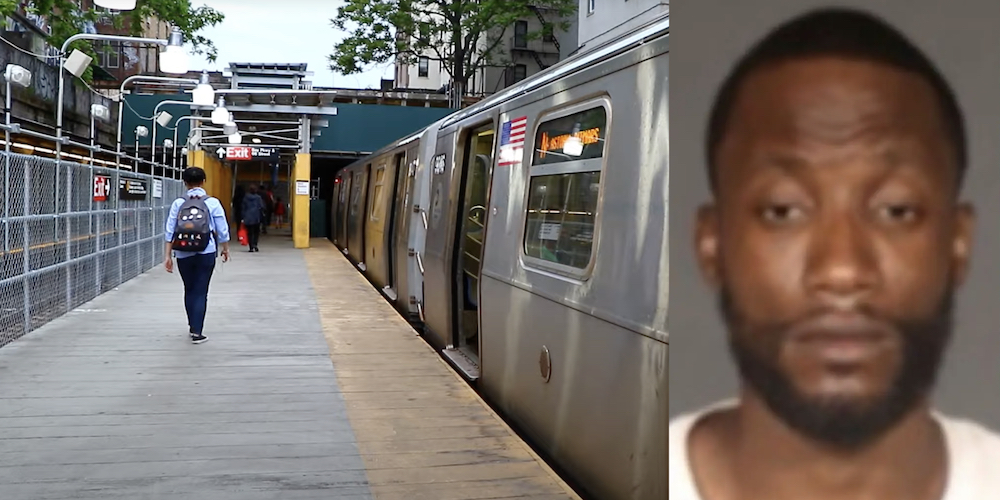 On Tuesday, 30-year-old Jabari Woodson allegedly pushed his ex-girlfriend onto the tracks at a Brooklyn subway station before robbing her and fleeing the scene.

Police later caught up with Woodson and, following a lengthy struggle, arrested him on a number of charges.

According to the New York Post, the incident took place at around 10 pm Tuesday night at the Bay Parkway N Train station.

Woodson allegedly approached his ex-girlfriend and began punching her in the face before pushing her onto the tracks. He then rummaged through her purse, stole her wallet, and hopped onto an outbound train.

The woman had, by that time, managed to climb back onto the platform, but it was too late. Police were notified soon after, she was taken to Maimonides Hospital in stable condition.

Officer met Woodson at the 36th Street station, where they took him into custody. In the process of handcuffing and putting him in the patrol car, Woodson kicked out the back window and allegedly assaulted two officers, punching one in the face, and kicking the other.

On account of his erratic behavior, Woodson was promptly taken to Lutheran Hospital for a psychological evaluation.

This is far from Woodson’s first brush with the law. As the Post reports, he has been arrested over thirty times, mostly related to acts of domestic violence.

The NYPD have not given an update as to the victim's condition, or when Woodson will appear in court.