NYC subway crime is up 41 percent this year with violent incidents that include marauders dressed all in green terrorizing straphangers, victims thrown onto the tracks, and children being stabbed to death. 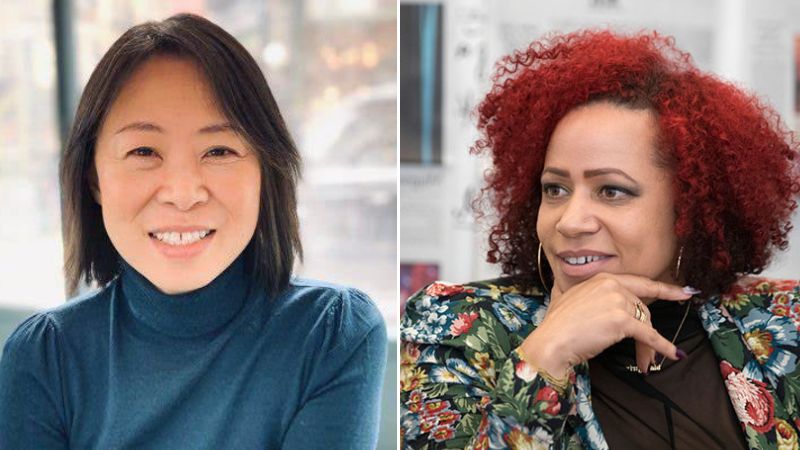 Nikole Hannah-Jones, the creator of the critical race theory-based 1619 Project, a work that even left-wing outlet Politico lambasted for its historical inaccuracies, mocked a woman on Twitter after she complained about the unsafe, crime-ridden NYC subway system.

Yiatin Chu tweeted, "Paid $2.75 to be in a subway car with a loud and aggressive man threatening to hit his female partner. Switched cars at next stop to be in a public toilet / urine-odor, crowded car for the rest of my ride. This is @KathyHochul and @NYCMayor ’s NYC,'' prompting Hannah-Jones to respond, "Yes, yes. This was absolutely unheard of on subways until two years ago."


NYC subway crime is up 41 percent this year with violent incidents that include marauders dressed all in green terrorizing straphangers, victims thrown onto the tracks, and children being stabbed to death. Mayor Eric Adams told his citizens in October that the solution to warding off violent criminals is to stop looking at phones and stop listening to music as New Yorkers make their ride.

Chu responded to Hannah-Jones, "I’ve been taking the subways since the 1980s. It’s not new but it is more widespread and not getting better. Our electeds said they would address it but we haven’t seen improvements. Why should we accept these conditions for our commute."


Others took Hannah-Jones to task for her words.

Maud Maron wrote, "Nikole grew up in Iowa. Yiatin grew up in Queens. Yiatin went to public school in Queens as an English language learner and commuted to Bronx Science as a teenager in the 80s…some of us have decades of NYC living to draw on, not just the last two (admittedly garbage) years."

Nikole Hannah-Jones's 1619 project was so riddled with mistakes it was reissued, retracted, and even recategorized. Its historical inaccuracies were painted over with the brush of critical race theory, a form of racial essentialism that defines individuals by their racial and ethnic identity groups and then assigns them a place within structures and hierarchies of power.


Florida Governor Ron DeSantis has noted that CRT and anti-racism at the institutional level are "state-sanctioned racism."

Overall crime is up 29 percent across New York City, slightly down from 34 percent over the summer, and has been surging at rates as high as 50 percent since 2020. Felony assaults in New York are up 17 percent and rapes and robberies are also skyrocketing.
ADVERTISEMENT
ADVERTISEMENT
HannahJones