The suspect fled the scene with the bag which reportedly contained $420 worth of construction tools and work boots. 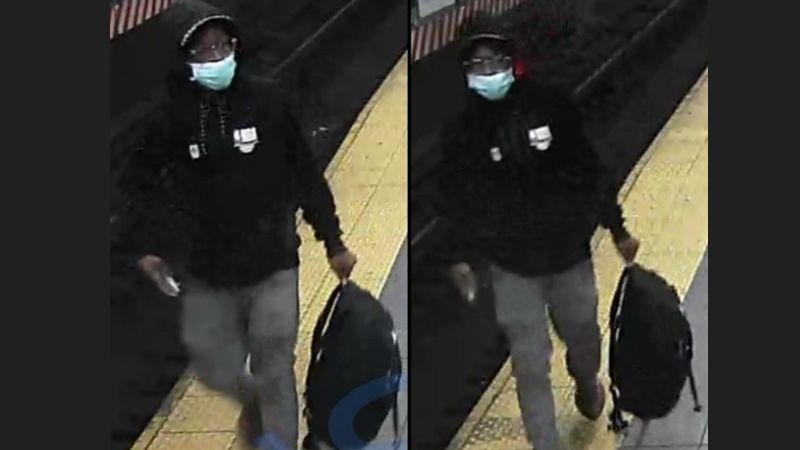 Another NYC subway crime took place Friday when an assailant grabbed a straphanger's bag as his subway doors opened. The victim got out and confronted the criminal only to be slashed in the face.

According to Fox News, the victim, a 27-year-old man, was riding the southbound N train around 3:47 pm when it stopped at the 14th Street station in Manhattan. As the doors opened the unidentified man grabbed the victim's bag and started walking away.

The victim got off the train and confronted the thief, landing them both in a verbal dispute which escalated into the suspect pulling a knife and slashing the 27-year-old on the left side of his face.

The suspect fled the scene with the bag which reportedly contained $420 worth of construction tools and work boots.

NYPD Crimestoppers posted of the incident, "Wanted for a Robbery: On Friday November 11, 2022, at Approx. 3:47 P.M. on a S/B “N” train @ the Union Square Station, @nypd13thpct an unknown individual slashed a 27-year-old male and removed his bag."


Millions of New Yorkers ride the subway each day, and there has been a marked surge in violent crime in the subways that have seen marauders dressed all in green terrorizing passengers, victims thrown onto the tracks, and children being stabbed to death.

As NYC subway crime is up 41 percent this year, Mayor Eric Adams told his citizens on Friday that the solution to warding off violent criminals is to stop looking at phones and stop listening to music as New Yorkers make their ride.

Overall crime is up 34.4 percent across New York City and has been surging at rates as high as 50 percent since 2020. Felony assaults in New York are up 17 percent.

In August, Adams said NYC was too crime-ridden for illegal immigrants who were getting off buses anywhere else but the Big Apple as they were being transported up from Texas.
ADVERTISEMENT
ADVERTISEMENT
SubwayCriminal