'Almost every conspiracy theory that people had about Twitter turned out to be true': Elon Musk

When asked "is there a part of the files that really shocked you" Musk replied that the "FBI stuff is pretty intense. " 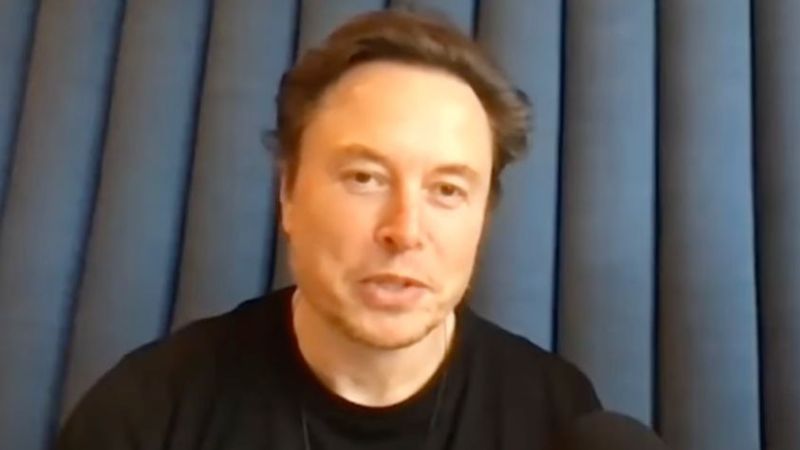 On Saturday, Twitter CEO Elon Musk appeared on the All-In podcast and said that "every conspiracy theory that people had about Twitter turned out to be true."

"Is there a conspiracy theory about Twitter that didn't turn out to be true?" Musk said. "So far they've all turned out to be true, and if not more true than people thought."

The All-In hosts were asking Musk about the Twitter files, a series of reports detailing conversations at Twitter over several years concerning the company's efforts towards censorship and collusion with government agencies towards information suppression.

When asked "is there a part of the files that really shocked you" Musk replied that the "FBI stuff is pretty intense."

Matt Taibbi tweeted out round 1 of the Twitter files on December 2, which revealed the deliberate efforts behind-the-scenes at Twitter to censor stories around Hunter Biden's "laptop from hell at the behest of the FBI, especially FBI Supervisory Special Agent Elvis Chan.

Former head of Twitter Trust and Safety Yoel Roth was advised by Chan to falsely categorize details of Hunter Biden's business dealings from his laptop as a Russian "hack-and-dump" scheme, which the media picked up and reported, claiming it was a conspiracy theory to report otherwise.

Across the various installments of the Twitter files, especially round six, details arose detailing the collusion between the social media giant and the FBI, with Taibbi saying the government agency acted as a "subsidiary" for the company before Elon Musk's takeover.

A supplemental installment of the Twitter files on December 19 showed that the FBI pressured Twitter to find evidence of foreign influence on the platform, despite Twitter having said that what the FBI was looking for did not exist.

The hosts also said that Musk was likely not surprised "that these companies were shadow banning, although they denied it." Round 2 of the Twitter files came via Bari Weiss on December 8 and confirmed that leadership at the social media platform built blacklists and participated in shadow banning for years under the watch of Vijaya Gadde, former Twitter lead counsel. Gadde and other Twitter executives, including founder Jack Dorsey, lied about the shadow banning to the public.

In Twitter file dump on Saturday, more information was revealed on how much the FBI worked with Twitter to censor posts that were critical of the government's narrative on subjects ranging from Covid to the Ukraine.

When asked, "did you really suspect that the FBI was playing a role in flagging content for these companies to take down?" Musk said, "yeah," and noted how the posts that were flagged had "nothing to do with like, terrorism."