Left-wing comedians Amy Schumer and Rosie O'Donnell are making their eleventh-hour pitches for the two Democratic candidates battling their Republican incumbents in next week's Senate runoffs in Georgia. 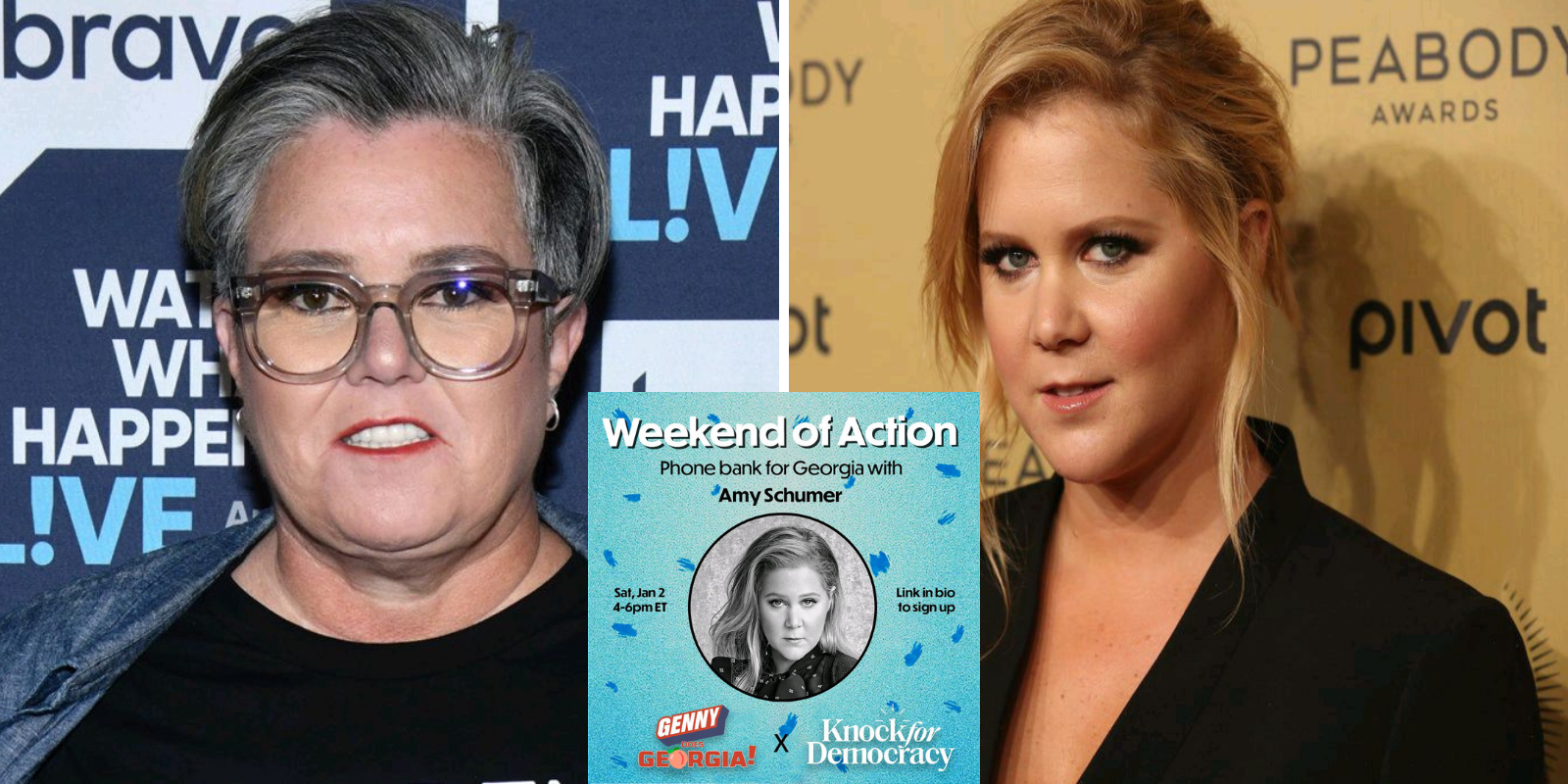 Left-wing comedians Amy Schumer and Rosie O'Donnell are making their eleventh-hour pitches for the two Democratic candidates battling their Republican incumbents in next week's Senate runoffs in Georgia, including alleged abuser Raphael Warnock.

Schumer, the stir-the-pot star of Trainwreck and I Feel Pretty, will partake in Saturday's phone bank. The "Weekend of Action" event co-hosted by Schumer plans to bolster voter turnout for progressives Rev. Raphael Warnock and Jon Ossoff.

"Join me this weekend as I help phone bank with #Generatorcollective & #knockfordemocracy for the Jan 5th run-off election to help get @reverendwarnock & @ossoff elected to flip the Senate," Schumer tweeted Wednesday, linking the signup list for the group Knock for Democracy.

"Alright people, we all know how important the Georgia runoffs are. #StaceysDramaClub is fundraising to help get out the vote on the ground," O'Donnell promoted Wednesday as well.

"Chip in what you can and let’s take back the Senate from Mitch's cold, purple hands," O'Donnell wrote on Twitter, slighting Senate Majority Leader Mitch McConnell (R-KY).

Schumer herself sat on the star-studded board of "Time's Up" which sought to help victims of sexual harassment. It was later uncovered through public records that only a fraction of donations funded those in need; the bulk of the money went to the executives with high salaries.

O'Donnell confessed in 2019 that she was sexually abused by her father as a child, according to Ramin Setoodeh's book Ladies Who Punch: The Explosive Inside Story of 'The View' about the women on the daytime talk show.

Now the comedic duo appears to have abandoned their previous Me Too escapades for partisan loyalty.

Following multiple domestic disputes, Warnock's estranged wife reportedly told authorities that her husband was a "great actor" after he denied to police that he had assaulted her with his car and ran over her foot in March. Warnock also refused to comment on the body cam footage that captured the incident's aftermath.

Ossoff has insisted he has no concerns "whatsoever" about the allegations of child abuse at a church camp once run by Warnock.

An exclusive report by the Washington Free Beacon revealed that a 12-year-old boy endured inhumane atrocities in 2002 at the sleepaway camp for inner city children overseen by Warnock, the senior pastor of the presiding Douglas Memorial Community Church in Maryland, at the time.

According to the victim who came forward to recount the events, counselors poured urine on the child and forced him to sleep outside his locked cabin as punishment for wetting his bed.

If either Republican maintains their seat, the Senate will remain in GOP control. But if both Democrats win, the Senate will be split evenly, awarding incoming Vice President-elect Kamala Harris the tie-breaking vote.