Andy Ngo said that the National Lawyers Guild are "an antifa far-left legal group with decades of ties to communists." 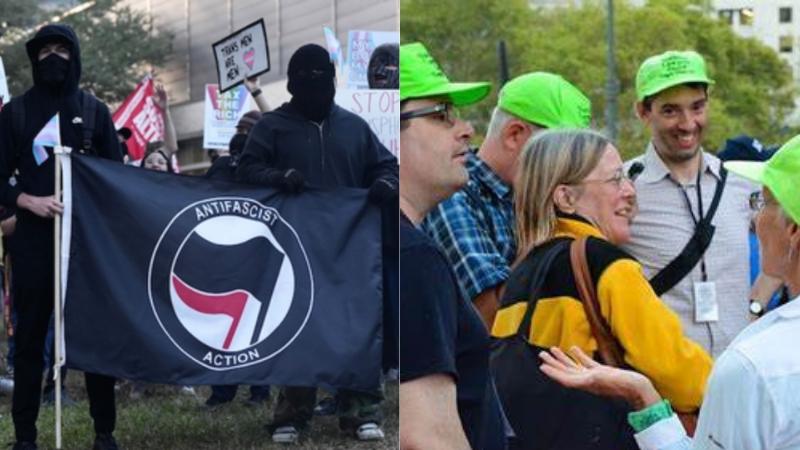 In the Washington state capital of Olympia, an Antifa group is warning their associates that the FBI are investigating their activity, advising them to contact the National Lawyers Guild (NLG), who are "dedicated to the need for basic change in the structure of our political and economic system."

The Post Millennial's Editor-at-Large Andy Ngo tweeted "An #Antifa-linked account in Washington state says the @FBI visited three houses of their comrades. They’re warning others to not cooperate & to call the National Lawyers Guild, an antifa far-left legal group with decades of ties to communists, for pro-bono help."


The group Olympia Jail Support claim to be an "autonomous collective supporting people facing state repression from protests and demonstrations in the Olympia area." They wrote:

"We have confirmed the FBI agents visited three houses in Olympia this morning (10/20). If you are visited by federal agents don't talk to them or answer any questions and contact the NLG federal defense hotline at 2126792811."


Members of NLG are known for wearing green hats and vests at riots and protests, and according to NW Sidebar, they "bring together all those who recognize the importance of safeguarding and extending the rights of workers, women, LGBTQ people, farmers, people with disabilities, and people of color, upon whom the welfare of the entire nation depends."

Antifa have had a pronounced and increasing presence in Olympia for years. In November 2020, journalist Katie Daviscourt documented a large clash between Trump supporters and Antifa that resulted in multiple injuries.

January of 2021 saw Antifa activists occupy a hotel in the city, demanding shelter for the homeless.

In March 2021, militant Antifa extremists attacked a Turning Point USA rally in Olympia. Minors were assaulted, and the event table was vandalized.

Protests between Antifa and the Proud Boys persisted throughout 2021, often escalating into violence.

In summer 2021, Talauna Reed, a CitY Council candidate, was revealed to be working alongside prominent Antifa extremist Miguel Luis Lofland. Lofland was known to organize violent anti-police protests, as well as running his own newspaper called Antifa News Network, which is primarily used to call for violence against those who he considers to be opposition to the Antifa movement.