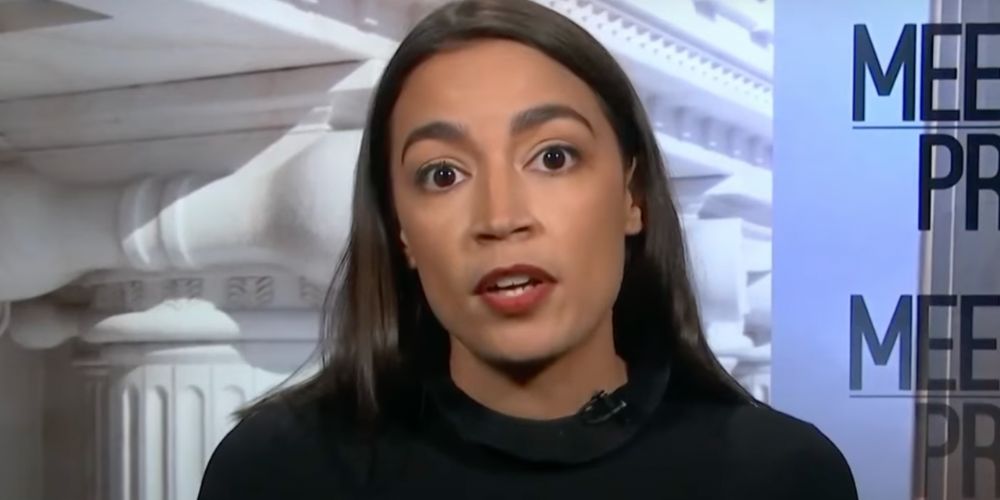 In the full-length interview, Ocasio-Cortez told NBC's Chuck Todd that the Supreme Court "has dramatically overreached its authority" and that the Roe v. Wade reversal decision has put the US in a "crisis of legitimacy." She also alleged that unnamed Supreme Court justices lied in the confirmation process to some Democratic Senators on the issue of abortion.

While Ocasio-Cortez claims that the Supreme Court "dramatically overreached its authority" in its reversal of Roe, the reason for the reversal was, ironically, an overreach of authority. The decision reversed a federal right to abortion which the court claims should have never been a federal decision, but rather rescinded back to the states individually.

Ocasio-Cortez has been at public odds with the high court since the reversal, even declaring the decision "illegitimate" at a pro-abortion rally. She also took to her Instagram to insinuate pro-life Democrats in office should not "continue to serve."

Only a handful of Democratic lawmakers are openly pro-life as the party has almost whole-heartedly aligned itself as pro-abortion. One of those outliers is anti-abortion Democrat Congressman Henry Cuellar, who beat immigration attorney Jessica Cisneros in a South Texas runoff election in May 2022.

Ocasio-Cortez is not the only Democrat to have an outburst over the Supreme Court's decision, with Nancy Pelosi calling the reversal "dark," "extreme," and "radical." Pelosi also sent out an alarming email where she called for her supporters to "rise up" and "make every anti-choice Republican regret what they've done."

Democrats have been criticized for their inflammatory rhetoric amidst riots nationwide where pro-abortion activists have spray-painted "Death to SCOTUS" and violently attacked pregnancy centers and pro-lifers.

Last week, the suspect in the failed assassination attempt of Justice Brett Kavanaugh pled 'not guilty,' despite court documents showing the suspect's self-described intent to "kill Kavanaugh" and himself.