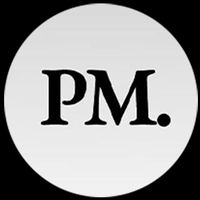 At The Post Millennial we strive to deliver the news to you as it unfolds ensuring that you never fall behind on the current or trending news.

I look at the Trudeau government like an activist group, where they don’t want to ‘re-victimize victims,’ and the reality is—that presupposes guilt.”

If anything is now clear, his “privileged” double standard makes Justin Trudeau an unsuitable candidate to remain as Canada’s prime minister.

Tragically, Alec Holowka, a prominent indie video game developer, committed suicide on August 31, 2019, on a few days after being accused on social media of historic physical and emotional abuse.

New “Ghomeshi Rules” will turn our courts into a circus

Basically, the new legislation is a form of virtue signalling which asks our judges to engage in inappropriate and dangerous social activism.

Was Carlos Maza oppressed by getting fired from Vox?

But what if Maza was just bad at his job? Yes, he was good at boycotting and shaming hardworking people, but what if he sucked at journalism?

The recent arrest of Talya Davidson as she spat at people and yelled racist slurs has raised many legitimate concerns about potential “fake news.”

After two years of silence due to ongoing litigation, Andy Signore has spoken out and provided evidence in what he…

The preliminary hearing for Jacob Hoggard concluded today setting his next court date in Toronto for August 23, 2019. The…

Henein had three main points of observation: Dialogue has been replaced by a screaming match, illiberal democracy is on the rise, and the urge to protect classes of victimhood has become a priority.

Twitter prevailed in another lawsuit from a permanently banned user. Meghan Murphy, an articulate and prominent feminist advocate, lost her account for violating “misgendering” policy which has changed what they deem to be “hate speech.”

The question of JY’s motives and whether or not the complaints were filed in “good faith” ended in an award of costs in favour of the salon. JY was ordered to pay $150.

This year “The International Day Against Homophobia, Transphobia and Biphobia” stirred up a bit of Fordphobia on Twitter. Allegations that Doug Ford’s Ontario government has “quietly” put a cap on sex reassignment surgery (SRS) received over three thousand upvotes and retweets. It was fake news.

Marie Henein is the real thing despite how people may feel about her clients. Of the many words used to describe Henein, whether from friends or foes, integrity should be at the top of the list.