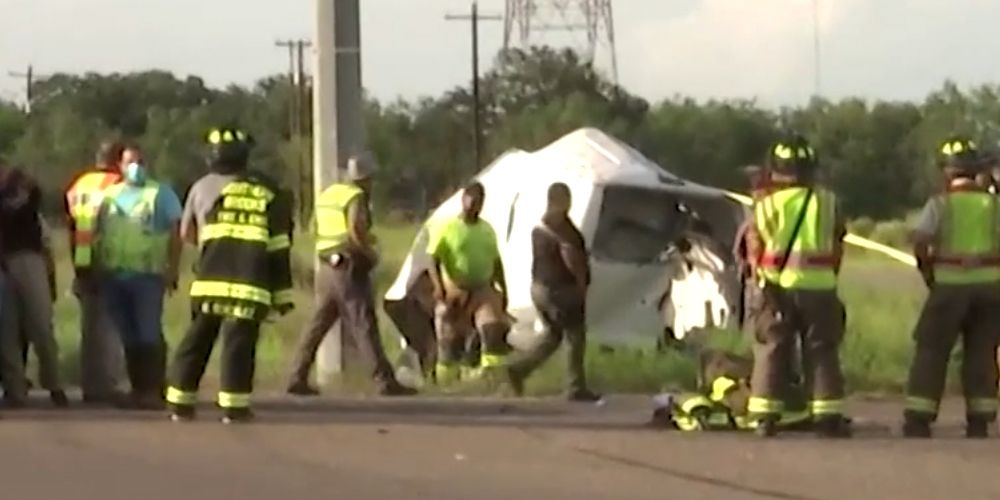 Yesterday a van with 30 passengers crashed in southern Texas killing 10. It was overfilled with what was said to be migrants, highlighting the dangers for the Biden border crisis on the US - Mexico border.

As reported by Reuters, the number of migrant children being held at US - Mexico border facilities for lengthy periods of time is starting to concern even some more of the stauncher advocates.

It was at the end of last month that NBC News covered how border facility officials have been accused of sexual misconduct, inflicting it on migrant minor children.

In terms of the sheer numbers, the latest statistics are spelled out by Anna Giaritelli of DC Examiner.

"The Biden administration announces 834 migrant children were encountered at the southern border on Wednesday. Each child was alone and without a parent or guardian. That's the highest daily number ever."

It was days ago that US authorities released the numbers for the US border’s migrant encounters. For July it was a record-breaking 210,000. For perspective: in March that number was 173,265 whereas June’s tally was 188,829. It increased gradually in the meantime.

But July knocked expectations out of the ballpark.

The topic of migration reignited again after waning interest this summer. Bill Melugin of Fox News captured video images of hundreds of migrants huddled together under Anzalduas Bridge in Mission, Texas.

The timing of the renewed interest on this topic comes as Florida Governor Ron DeSantis publicly called out President Biden for not handling the border situation amidst a resurging COVID dilemma.

It was Vice President Kamala Harris who was assigned by Biden to deal with the border crisis earlier this summer. She made it into a fracas that cost her numbers in her approval ratings. Her priorities turned to gathering Democrats together to counteract the bad press.

The White House’s immediate solution to that being offering the vaccine to new arrivals on the US - Mexico border.

But people like Texas Governor Greg Abbott are still left holding the bag trying to fend off the migrants with no meaningful support from the federal government.