"Children were in freezing, packed cages and sleeping on concrete," one lawyer previously said about the McAllen, Texas, warehouse. 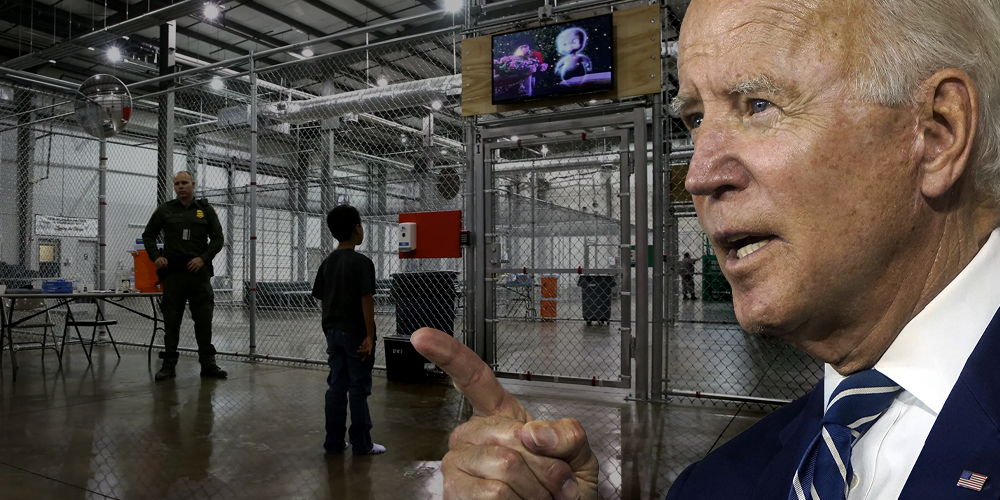 The Texas migrant-processing facility at the center of criticism under the Trump administration is set to reopen next month, as the current White House continues to deal with thousands of illegal immigrants trying to enter the United States.

Per reporting from journalist Ali Bradley:

"CBP is getting ready to reopen the 'Ursula' warehouse in McAllen, TX to help w/the increase in illegal immigration. The same facility was used from 2014-2020 & was shut down after images of migrants in 'cages' circulated," Bradley reported.

"Border agents & crew working there say the space in McAllen is set to reopen in February," according to Bradley's tweet Friday.

A pair of older articles in recent years from NPR and The New York Times establish that this McAllen, Texas, warehouse is one that was used during the "kids in cages" era of the former Trump administration.

Back in 2018, the Ursula Border Patrol Processing Center was said to be an "epicenter" of where the former Trump administration separated children from their parents. It was initially closed in November 2020, before these newly discovered plans by Biden's personnel will bring it back.

"Children were in freezing, packed cages and sleeping on concrete," said lawyer Hope Frye, who oversaw a visiting team of inspectors at the Ursula warehouse.

One of the main highlights on illegal migration this week came as undercover video shows federal contractors are smuggling dozens of migrants into various locations across the United States. The procedure is done on the down-low and often in the middle of the night. "If this gets out, the government is betraying the American people," remarked one contractor.

Other reporting from national correspondent Bill Melugin of Fox News reveals that many of these illegals have criminal histories. "I reached out to ICE this morning; they did not deny it. They told me all releases are done on a case-by-case basis, and they consider all factors when doing so," Melugin says.

On Wednesday, DHS Secretary Alejandro Mayorkas had a tense meeting with Border Patrol agents where he acknowledged their frustrations.

"I know apprehending families and kids is not what you signed up to do. And now we got a composition that is changing even more with Cubans, Venezuelans, Nicaraguans, and the like, it just gets more difficult," Mayorkas was quoted saying.

At least one agent turned their backs to the DHS secretary. Earlier this week, it was reported how the Biden administration's "Remain in Mexico" program is off to a slow start as fewer than 300 migrants were returned to Mexico in December 2021 to await their immigration hearings in the United States.

The Biden White House was forced to reinstate the program after losing a court battle last year over the issue. Throughout the first year of the Biden presidency, Customs and Border Protection had over two million illegal immigrant encounters at the embattled United States - Mexico border.