The main difference between the Trump-era version of the policy and Biden's will be the offering of the COVID vaccine to those seeking to cross the US border. 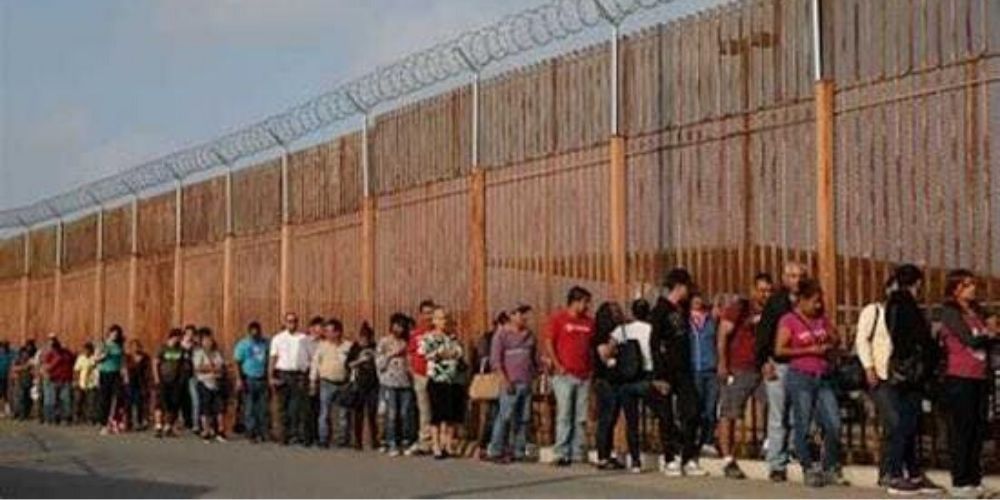 President Joe Biden will be reimplementing the Trump-era "Remain in Mexico" policy of turning migrants back to the country while they await their court hearings, but will offer migrants the option to receive the COVID-19 vaccine.

The main difference between the Trump-era version of the policy and Biden's will be the offering of the vaccine, according to Axios.

The vaccine will not be required though, and it is unclear when exactly those that choose to get it would receive their doses, whether it be before turning back to Mexico, when returning to the US for their court date, or another time.

The Migrant Protection Protocol (MPP) will be reimplemented in El Paso and Brownsville, Texas as well as San Diego, California first, one Department of Homeland Security official told Axios.

The effectiveness of this policy will hinge on Mexico's willingness to accept the migrants back into their country for a time.

"In compliance with the court order, we are working to reimplement MPP as promptly as possible," DHS spokesperson Marsha Espinosa told Axios. "We cannot do so until we have the independent agreement from the Government of Mexico to accept those we seek to enroll in MPP. We will communicate to the court, and to the public, the timing of reimplementation when we are prepared to do so."

Vulnerable populations are expected to be exempt from the policy, though it's unclear just who would be considered in that category.

However, in May, the Biden administration broadened the category of vulnerable persons from migrant children crossing the border alone, to include families with young children and people who identify as transgender. Vice President Kamala Harris has called violence against LGBT persons a "root cause" of migration.

Additionally, in July, the administration instructed US Immigration and Customs Enforcement to neither hold or deport illegal migrants who are pregnant, women who have had a child within the past year, or those who are nursing.

"Two sources familiar with internal discussions also highlighted concerns about migrants who would be forced to travel through Mexico in the middle of the night, so they can be on time for early morning court hearings," Axios wrote.