"Amazing how white people commit atrocities in one generation & then they just disappear from existence," she wrote. 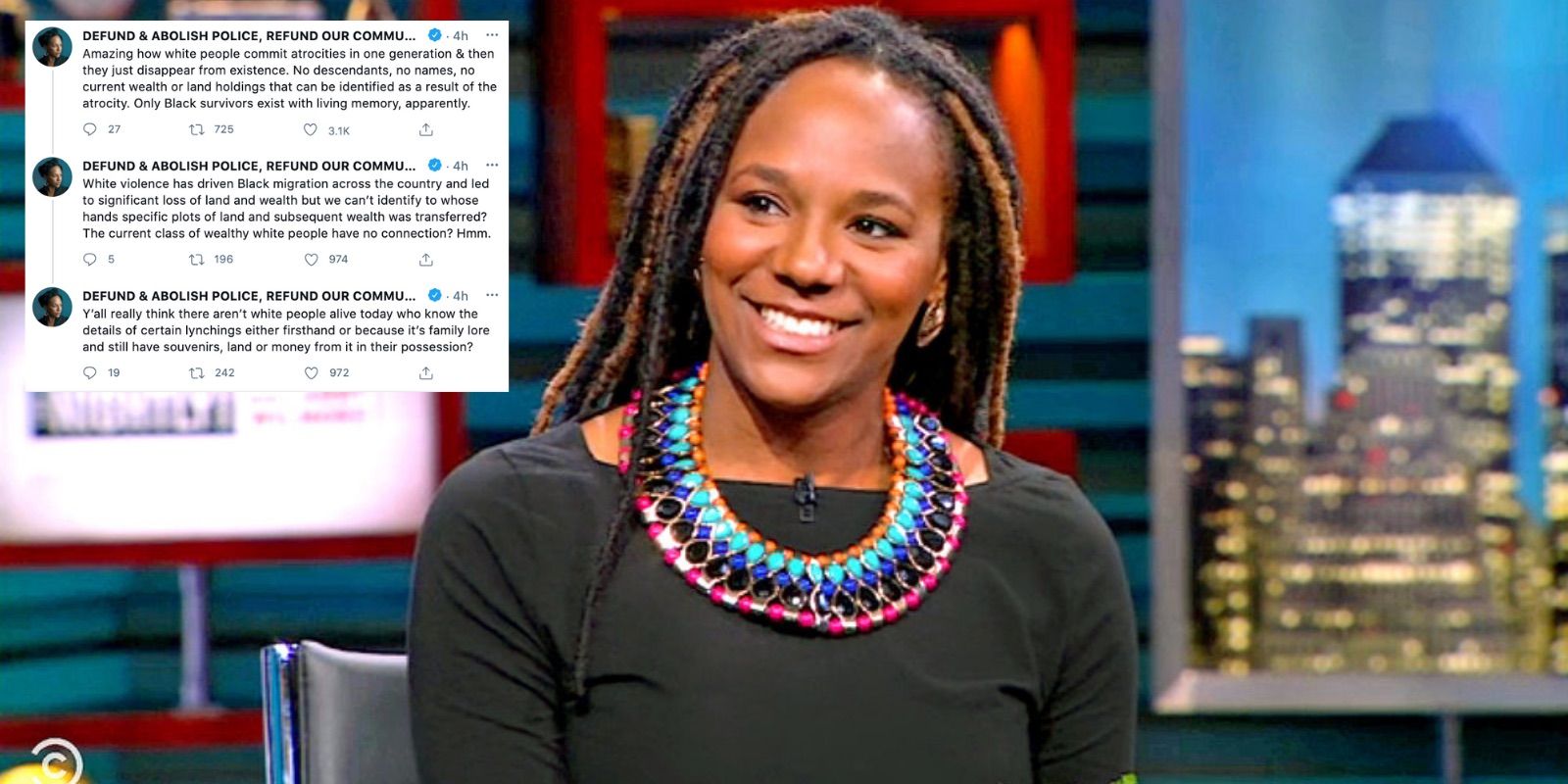 Black Lives Matter leader Bree Newsome calls for reparations in the form of land reapportionment. She wrote on Twitter that crimes committed by the ancestors of white people should be paid by those descendants. Those who have benefited from the gains of white criminals past, she posits, should not be able to use those assets, if they are currently in possession of them.

"Amazing how white people commit atrocities in one generation & then they just disappear from existence," she wrote. "No descendants, no names, no current wealth or land holdings that can be identified as a result of the atrocity.

"Only Black survivors exist with living memory apparently," she wrote. The idea is that those who still have the land that belonged to their forefathers should relinquish it to the descendants of those who had been harmed by racist past practices. Newsome basically believes that children are responsible for the sins of their parents.

Newsome went on to say that "white violence has driven Black migration across the country," which "led to significant loss of land and wealth." In Newsome's view, that land needs to be restored to the people who left it, and the ones who need to give it up are "The current class of wealthy white people."

She uses the horrifying history of lynchings in the US to justify this ask to get the land back. Newsome has professed her endorsement for reparations in the past, saying that they should be issued, but can only be issued under a "post-revolutionary" government.

Newsome has an issue with inherited wealth altogether, when that wealth is inherited by white people. She said "We cannot have Jeff Bezos having hundreds of billions of dollars. That cannot happen anymore. We can't have someone like Donald Trump inherit wealth and then become the president of the United States just because he inherited wealth. That cannot happen anymore. That's what they’re going to be most resistant to. They'll give us a little cash. They don’t have a problem giving us a little cash if they have to."

Her statements about land reapportionment in the name of justice are not new, she's said similar things in the past.

"The United States of America owes us more than they can pay. The reality is modern white civilization—we're talking the past half-millennia—is built upon Black enslavement. The thing I caution against is allowing the white establishment to go through a process where they feel they paid reparations to us but they’re still continuing to feed from us and build their civilization off our degradation."

Reparations have been part of the BLM platform since 2016, when they first released it. At the time, the Movement for Black Lives said that "neither mainstream political party has our interests at heart." In 2021, the Democrat party, mainstream media, and many major corporations have made BLM's priorities their own.

President Joe Biden has announced plans to study reparations. Oakland has undertaken plans to give universal basic income to deserving black and brown families, and Evanston, Illinois has instituted a plan for reparations.