The Media Action Network has launched a boycott of Bed, Bath & Beyond’s in response to their decision to drop MyPillow products because of owner Mike Lindell’s allegations of voter fraud and his support of former President Donald Trump. 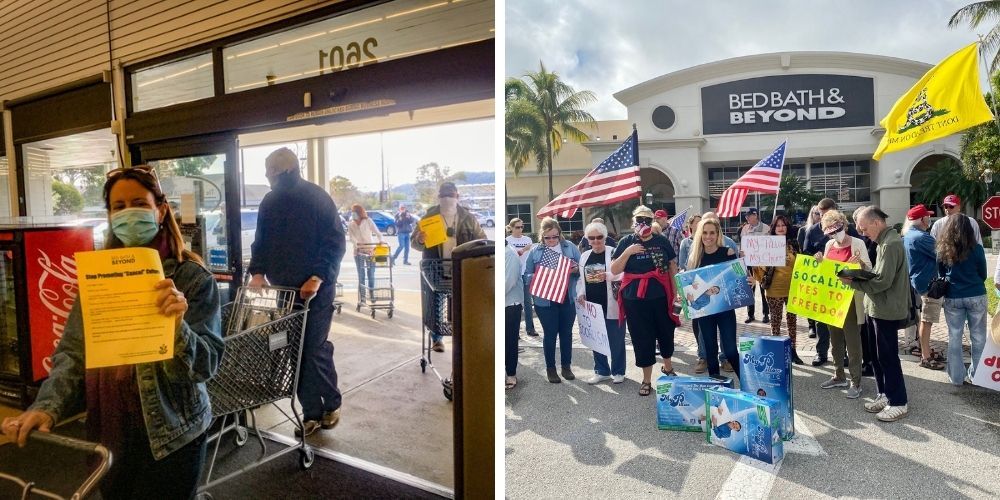 The Media Action Network has launched a boycott of Bed, Bath & Beyond’s in response to their decision to drop MyPillow products because of owner Mike Lindell’s allegations of voter fraud and his support of former President Donald Trump.

In what the conservative activists called "the pillow fight," shoppers in Larkspur, California on Tuesday walked away from their shopping carts at checkout counters but left a $20 tip for clerks who tallied the merchandise from abandoned carts. Shoppers also left notes criticizing Bed Bath & Beyond for taking part in "cancel culture," and asking the retailer to re-stock MyPillow products.

"The Media Action Network has launched a Basket Boycott and petition against Bed Bath & Beyond after it announced it was pulling MyPillows due to CEO Mike Lindell’s politics. We’re encouraging patriots to visit their local Bed Bath & Beyond, fill up a shopping cart, then abandon it with our statement about free speech. And never shop there again until CEO Mark Tritton reverses his decision."

The group has also started a petition which is at over 10,000 signatures.

Earlier Tuesday,  Lindell had been permanently suspended from Twitter after the site claimed he was using his platform to spread election misinformation.