BREAKING: Biden declares 'we are not in a recession' after 2 straight quarters of GDP decline

"Both Chairman Powell and many of the significant banking personnel and economists say we're not in recession," Biden said. 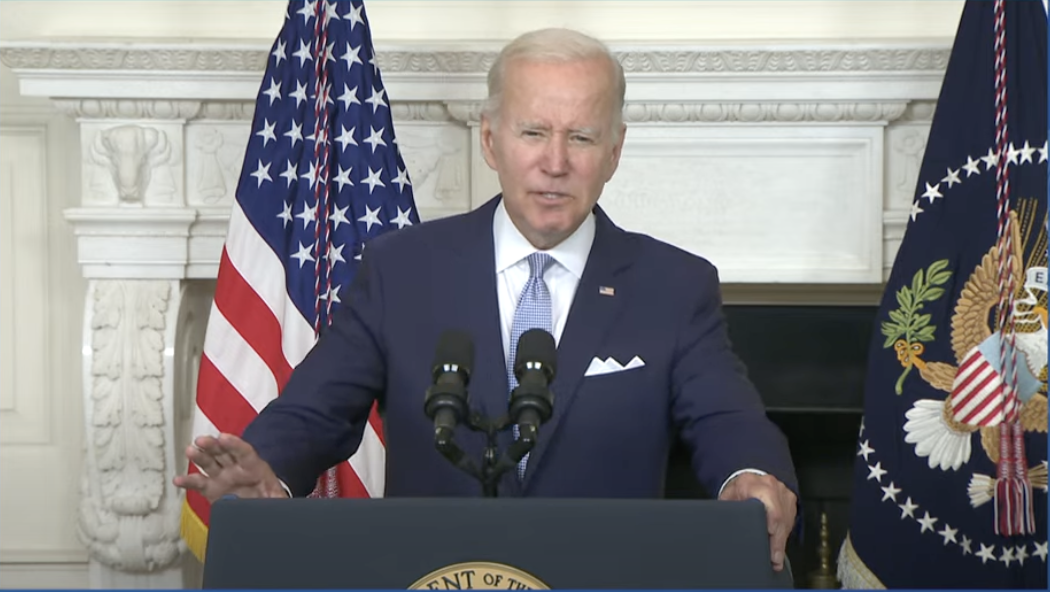 President Biden spoke on Thursday to address an agreement made in Congress on the Inflation Reduction Act of 2022, a watered-down Build Back Better plan that got Senator Joe Manchin's vote. Manchin had been a hold-out against the former plan.

At the end of his remarks, he said "Let me speak to one other issue: the GDP, and whether or not we are in a recession. Both Chairman Powell and many of the significant banking personnel and economists say we're not in recession." In this, Biden repeated his Monday claim.

"But let me just give you what the facts are in terms of the state of the economy," he went on. "Number one, we've a record job market of record unemployment of 3.6 percent. Today, we have created 9 million new jobs," he said, discussing the recently House-passed CHIPS Act, funneling money into the tech sector.

The Biden administration last week changed the definition of a recession to be more dependent on unemployment numbers, an area where the US is currently doing fine. The old definition stated that a recession is underway when two consecutive quarters show declining GDP, as was announced this morning.

The linguistic change was made in advance of the numbers drop, which was broadly anticipated.

The Inflation Reduction Act of 2022, Biden said, "will reduce inflationary pressure on the economy." He said it also has the "support of climate leaders," citing Al Gore's support of the plan. Gore said the bill is "long overdue and a necessary step to ensure the United States takes decisive action on the climate crisis that helps our economy and provides leadership for the world by example."

The Inflation Reduction Act gives federal health initiatives, such as Medicare and Medicaid, to negotiate prescription drug costs, and locks in health care premiums for the next three years.

As regards "environmental justice," Biden said, the bill invests $369 billion to "secure energy future and address the climate crisis." It gives tax credits as well as rebates to buy new appliances that are energy efficient, to weatherize their homes, or install solar. There are also tax credits for those who can buy new electric cars, if those cars are made in the US.

"This investment in environmental justice is real," Biden said, noting that it increases taxes for corporations, and will "tackle the climate crisis and improve our energy security right away."