"In the last month, however, the pace of arriving buses and the volume of arrivals have reached tipping points," the letter stated. 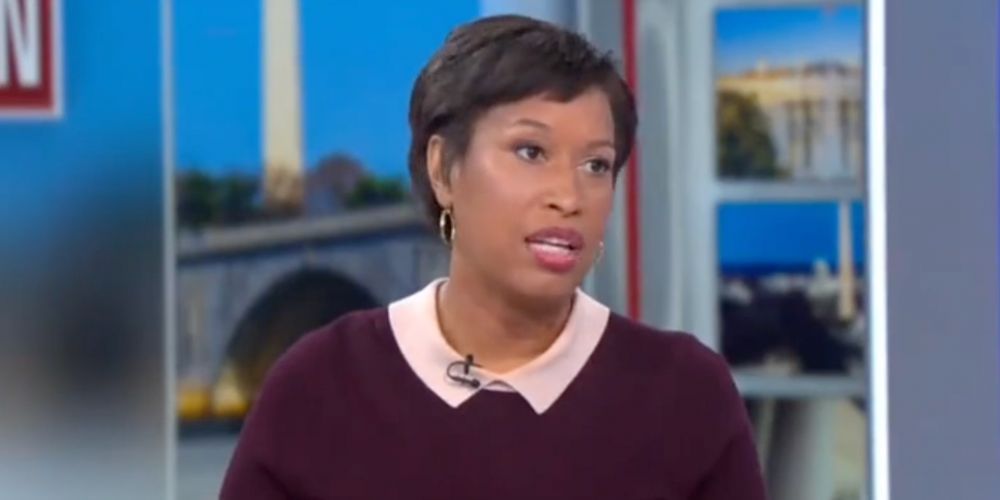 DC Mayor Muriel Bowser has reportedly requested that the district’s National Guard be activated to assist with illegal immigrants that are being bused to the nation’s capital.

According to letters obtained by NBC 4, Bowser requested National guard assistance in a July 19 letter to Secretary of Defense Lloyd Austin, and in a second letter sent to White House aides on July 22.

In the July 19 letter, Bowser noted that Texas Governor Greg Abbott and Arizona Governor Doug Ducey had announced that they would bus migrants from the border to the nation’s capital. These two leaders have held to their word, with Bowser noting that more than 4,000 illegal immigrants have arrived in the nation’s capital on nearly 200 buses.

"In the last month, however, the pace of arriving buses and the volume of arrivals have reached tipping points," the letter stated.

"Our collective response and service efforts have now become overwhelmed: the regional welcome center we helped establish in Montgomery County, Maryland is at capacity; our homeless services system is already under great strain; and tragically, many families arrive in Washington, DC with nowhere to go, or they remain in limbo seeking onward destinations across the United States."

Bowser noted that the issue of immigration falls on the federal government, and that "to help address this humanitarian crisis, on behalf of Mayor Bowser and at her direction, I am requesting immediate DCNG supporting a Joint Reception, Staging, Onward Movement, and Integration (JRSOI) mission in Washington, DC."

Furthermore, the letter requests the usage of National Guard transportation to shuttle migrants to a temporary processing center located at the DC Armory, "or another suitable federal location in the National Capital Region such as Joint Base Bolling or Fort McNair" for reception and movement towards their final destination.

"This mission would begin as soon as possible and continue indefinitely until the city relieves them. As with all missions, DCNG personnel will not be involved in domestic surveillance or law enforcement-related activities, nor should they be armed."

"To be clear, I recognize the magnitude of this request. But the Governors of Texas and Arizona are making a political statement to the federal government, and instead, their actions are having direct impacts on city and regional resources in ways that are unsustainable."

In the second letter, Bowser once again slammed the leaders of Texas and Arizona.

"The migrant crisis facing our city and our country through cruel political gamesmanship from the Governors of Texas and Arizona must be dealt with at the federal level," the second letter read.

Bowser noted in the second letter that the city will be serving as a "conduit" between FEMA and NGOs, "dispersing $1 million in FEMA grants as they stepped up to help migrants seeking asylum in our country."

Bowser once again pushed for the usage of National Guard members with those at the White House, saying she has "great empathy for the very difficult situation people boarding buses to unknown locations are facing."

Earlier this month, Bowser spoke out against the busing of illegal immigrants to the capital, expressing a similar sentiment as those said in the letters, which were sent just days after the interview.

"This is a very significant issue. We have for sure called on the federal government to work across state lines to prevent people from really being tricked into getting on buses," Bowser told Face the Nation.