"It has been a great honor to serve the people of Florida under the leadership of Governor Ron DeSantis and his administration." 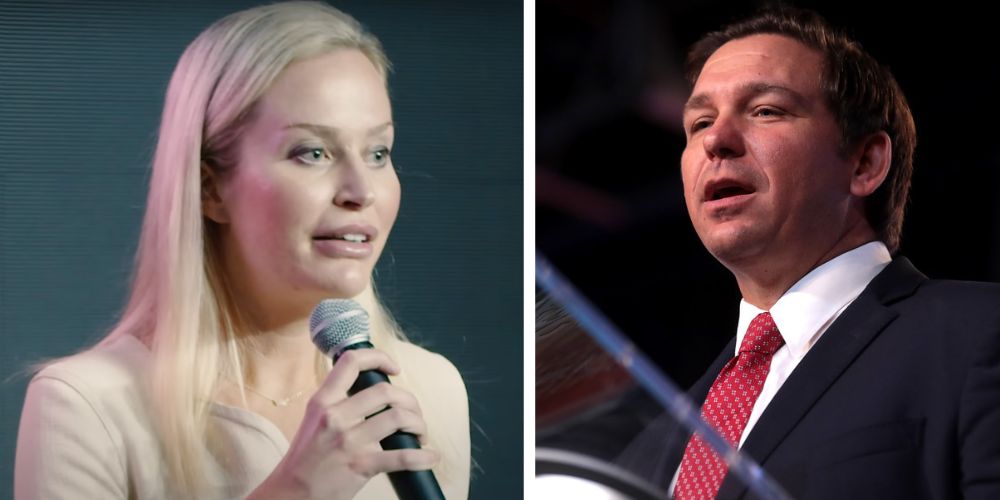 On Friday, Florida Governor Ron DeSantis’ Press Secretary Christina Pushaw announced that she has resigned from her position with the state to serve as Director of Rapid Response on the governor’s re-election campaign.

"It has been a great honor to serve the people of Florida under the leadership of Governor Ron DeSantis and his administration," Pushaw’s letter to Chief of Staff James Ulthmeier and Director of Administration Dawn Hanson began. "This letter is to officially inform you that I am resigning from my position as Press Secretary for the Executive Office of the Governor, effective August 12, 2022."

Pushaw wrote that she has been "blessed" to work with "the most dedicated and talented public servants in the country" for the past 15 months, who were inspired by "the Governor’s courage, leadership, and bold agenda."

Pushaw said that she was "proud" to serve on a team "that has helped Floridians through historic challenges" like protecting the rights of citizens through the pandemic, setting up students with high-quality education rather than "ideological indoctrination," allowing economic opportunity within the state despite nationwide inflation, upholding the rule of law within the state, and protecting life and parental rights.

On the topic of the pandemic response in Florida, Pushed said, "It is unconscionable that anyone would be required to get Covid jabs to eat at a restaurant, enroll in college, keep a job, or compete in the Special Olympics. Florida fought back against the biomedical security state and won."

Pushaw wrote that if it weren’t for DeSantis "daring to lead with evidence-driven policy and stand up for freedom—amid relentless attacks from legacy media and 'experts'—our country would have remained under perpetual threat of lockdowns and vaccine passports, a two-tiered feudal dystopia."

On the topic of the economy, Pushaw wrote that "across the country, Americans are struggling with record inflation and economic stagnation. Washington, DC’s irresponsible tax-and-spend policies are hitting Floridians’ pocketbooks too. But thanks to Governor DeSantis’ responsible fiscal management, Florida has been insulated from the worst effects of this recession."

"Florida has consistently outpaces the nation in job growth since 2020. Our state’s rebound from Cold has emerged as a worldwide success story. In contrast to formerly popular tourist destinations like New York and California, Florida tourism is booming and has surpassed pre-pandemic levels for over a year."

In regards to the rule of law, Pushaw recounted growing up in Los Angeles County, witnessing firsthand the "destruction and misery wrought by radical pro-crime ideology."

"I am grateful to live in Florida, where the Governor funds police, rejects jailbreak 'reforms' that empower violent criminals, and does not tolerate prosecutors who refuse to follow the laws of our state."

"The DeSantis Administration has taken action to protect Floridians from the harmful impacts of the border crisis, to hold accountable those who poison our communities with deadly drugs like fentanyl, and to make Florida a model of school safety and election integrity."

"I have full confidence in my successor, Bryan Griffin, whom I have enjoyed working with for the last five months. He has done Ann outstanding job as my deputy and will serve Floridians well as Press Secretary," Pushaw concluded.

On Twitter, Pushaw responded to a post containing her letter by saying, "Now, the gloves are off."