The three-word-long message of support comes as the country's political class argue over the convoy's intentions. 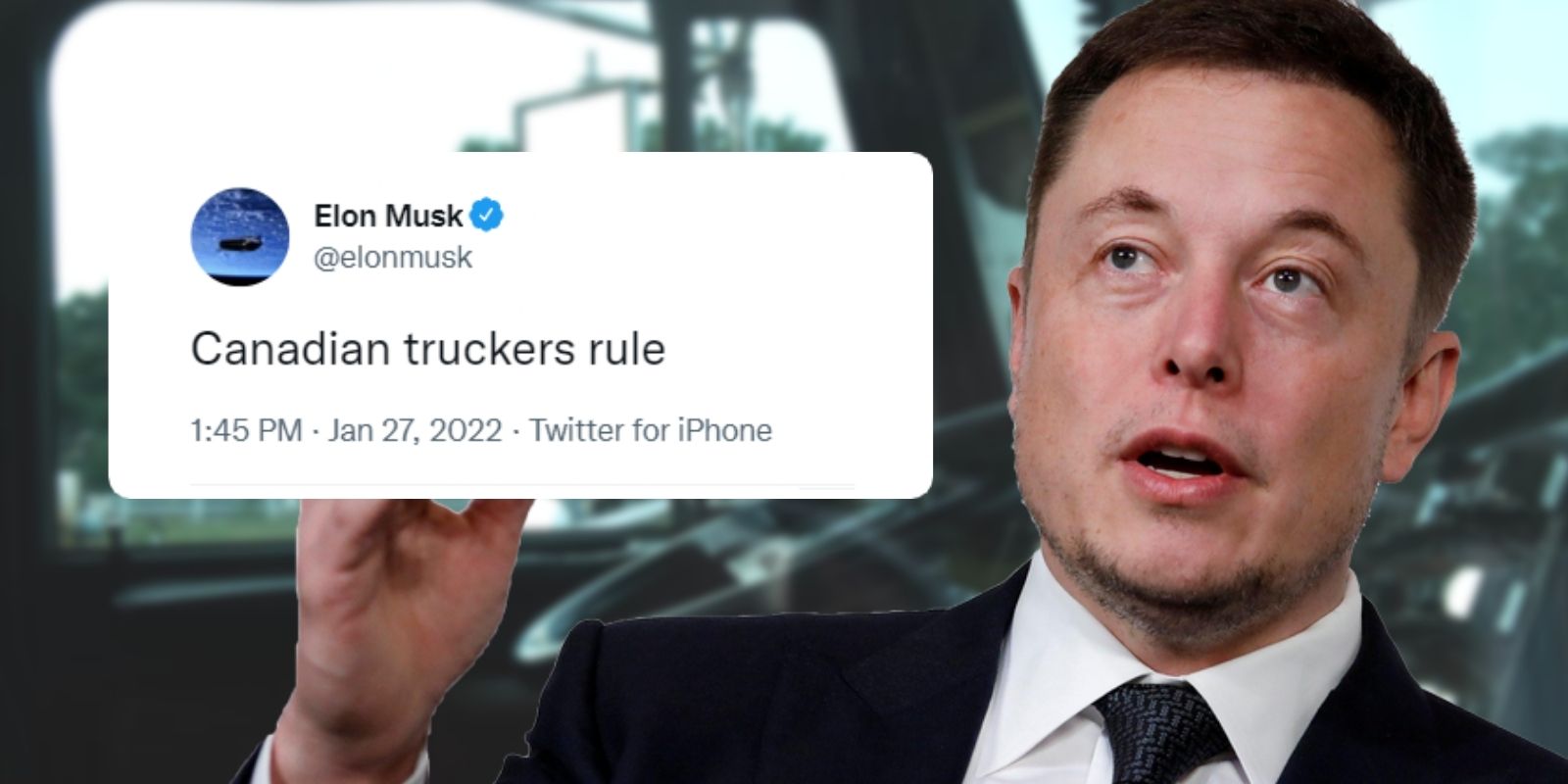 Tesla and Space X CEO Elon Musk had a simple message of support for Canada's freedom convoy, which embarked from British Columbia this week and is due for the nation's capital over the weekend: "Canadian truckers rule."

The three-word-long message of support comes as the country's political class argue over the convoy's intentions, with the ruling Liberals deeming the convoy "unacceptable," while many of the opposition Conservatives show support.

On Wednesday, for example, Prime Minister Justin Trudeau said that the truckers and supporters of the movement "do not represent the views of Canadians," calling them a "fringe minority of people."

"The small fringe minority of people who are on their way to Ottawa are holding unacceptable views that they're expressing, do not represent the views of Canadians who have been there for each other who know that following the science and stepping up to protect each other is the best way to continue to ensure our freedoms, rights, and values as a country," the prime minister said.

Much was made about potential "far-right" beliefs held within the convoy. Conservative Party veteran Pierre Poilievre on Thursday criticized media for their role in sensationalizing these members, noting that "we don't see the liberal media going through every single name of the people who attend to try and find one person that they can disparage the whole group with."

"The CBC, for example, has been accused by its own employees of systemic racism. And yet, you don't see the media here generalize that everyone that works at the CBC is a racist."

Poilievre said that large groups are "bound to have" members who say unacceptable things, and that "they should be individually responsible for the things they say and do."

He continued: "But that doesn't mean we disparage the thousands of hard-working, law-abiding and peaceful truckers, who quite frankly have kept all of you alive for the last two years by filling your grocery shelves with the food that you eat and filling your homes with the products you rely upon."

The convoy started to receive more international coverage on Thursday, after recognition from Musk's friend and world's-largest-podcaster, Joe Rogan, showed video on The Joe Rogan Experience.

"[Canada] is in revolt," said Rogan. "It’s a giant convoy of trucks, that’s apparently some insane amount of people. Fifty thousand trucks are headed to Ottawa to protest the vaccine mandates by Trudeau."

"Apparently, they are all being mandated to be vaccinated," remarked the podcaster. "They’re like, 'hey, we’re not even in contact with anybody. We're in our truck. Like, we just drive.'"