The laptop has been the subject of controversy since reporting was released by the New York Post in the lead up to the 2020 US presidential election, and was summarily suppressed and censored. 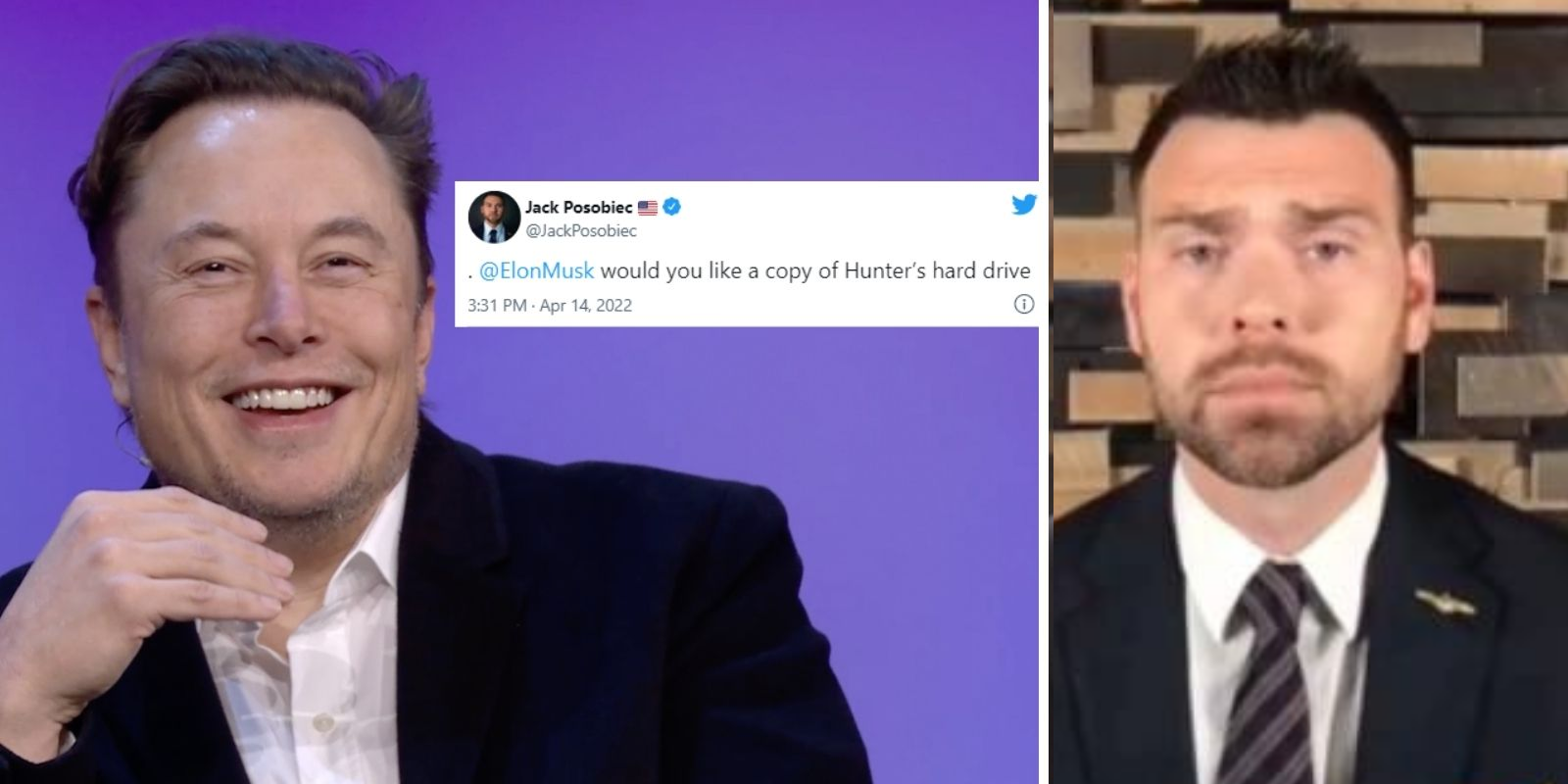 "The regime has it out for Elon," Posobiec told The Post Millennial. "I'd be happy to offer him some collateral."

The laptop has been the subject of controversy since reporting was released by the New York Post in the lead up to the 2020 US presidential election, and was summarily suppressed and censored by the platform Musk now seeks to buy.

The laptop was determined, without evidence, by the Biden campaign, Democrats, and corporate media to be Russian disinformation, while Twitter claimed that the information had been hacked.

Neither of those things were true, but the materials were censored by Twitter anyway. In the wake of that heavy-handed censorship that likely had an impact on the election results, revealed after a poll showed that some 16 percent of Biden voters could have voted differently had they known, Twitter has become increasingly censorious.

Posobiec's offer is not just about giving Musk the opportunity to see, first hand, what was censored by the platform, but so that he can look for himself at the influence peddling and shady business dealings in which the Biden family has engaged.

Musk has been at the center of the Twitter world lately, as the Tesla and Space X CEO offered to buy Twitter outright for more than $40 billion after recently rejecting a seat on the company's board.

The White House responded on Thursday to Musk's offer to buy Twitter and take the company private, in large part because he lacks confidence in management, saying that it was merely an offer from a private investor, and that the Securities and Exchange Commission operates independently from the White House.

During a segment on War Room: Pandemic with Steve Bannon, Posobiec spoke to Musk's crucial position, painting him as a threat to the establishment's power and narrative:

"Guess what ladies and gentlemen, you live in an oligarchy, and this is a situation where Elon Musk is playing games only he can play. The regime does not like it because he's the richest man in the world, going up to purchase this, actually has the ability. They're terrified of free speech being restored in this country and now, suddenly, they're talking about, 'oh well, we might take away your contract...' Elon Musk has become very very fabulously wealthy from a lot of government contracts, and a lot of government activity.

"... They don't want to be told what to do, they don't like authority, they don't like people imposing standards on them... Whether it be from thought standards or speech codes, these types of woke activists out there, or whether it be on the internet. They remember the internet in its first constituted state, where it truly was a forum for the free expression of information, where movements could grow," he said.

As to Musk's impact, Posobiec said on an episode of his podcast that he'll believe it when he sees it.

"When he announced that he wasn't going to be going on the board, Twitter shares went down, which means he can then pick them up at a fire sale on a discount. Could be a masterstroke, but, as I say with all things concerning Elon Musk, I'll believe it when I see it."