In September, between 75 and 100 illegal aliens were sent on two buses from the border city of Del Rio, Texas to Harris' home. 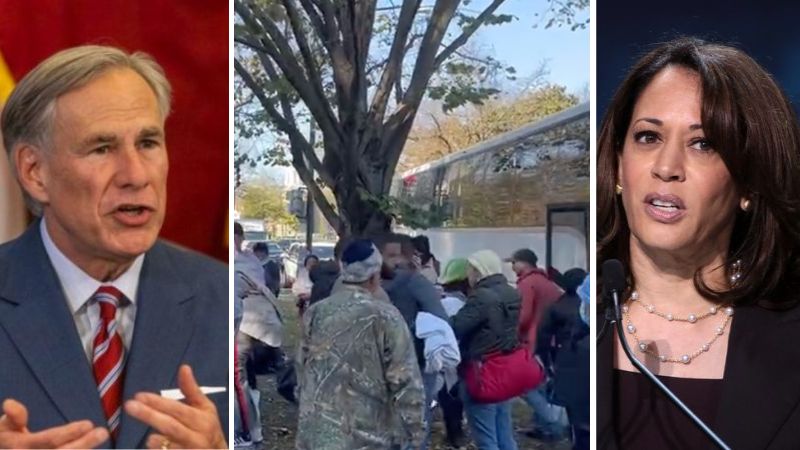 Texas Governor Greg Abbott has sent another busload of illegal immigrants to Washington, DC, with the group landing in front of the Naval Observatory in Northwest DC, home to Vice President Kamala Harris' residence.


In September, between 75 and 100 illegal aliens were sent on two buses from the border city of Del Rio, Texas to Harris' home.

In April, Texas Governor Greg Abbott contemplated on a way to manage and relocate the masses of migrants flooding into Texas. He promised to bus border crossers to blue states whose leadership supported open borders.

Blue city mayors have lamented the modest influx of illegal immigrants as overwhelming. In Washington, DC, Democrat Mayor Muriel Bowser declared a public emergency in September to handle an increase of 9400 migrants. In NYC, Mayor Eric Adams said the increase, which is about 5000, is causing him to reconsider the state's "right to shelter" laws.

Biden's border crisis has seen a record-high number of illegal immigrants pouring into the United States month after month. There were 2,378,944 encounters in the 2022 fiscal year.

When President Joe Biden took office, he dramatically loosened restrictions along the southern border which created a humanitarian crisis. On June 28, over 50 migrants were found dead, including two children, inside an 18-wheeler in San Antonio that was driven by a meth-addled trafficker. The bodies were packed with meat seasoning to disguise the smell.
ADVERTISEMENT
ADVERTISEMENT
AbbottVHarris