The Trump campaign filed a new complaint on New Year's Eve in an attempt to force Georgia to decertify the election results in that state. 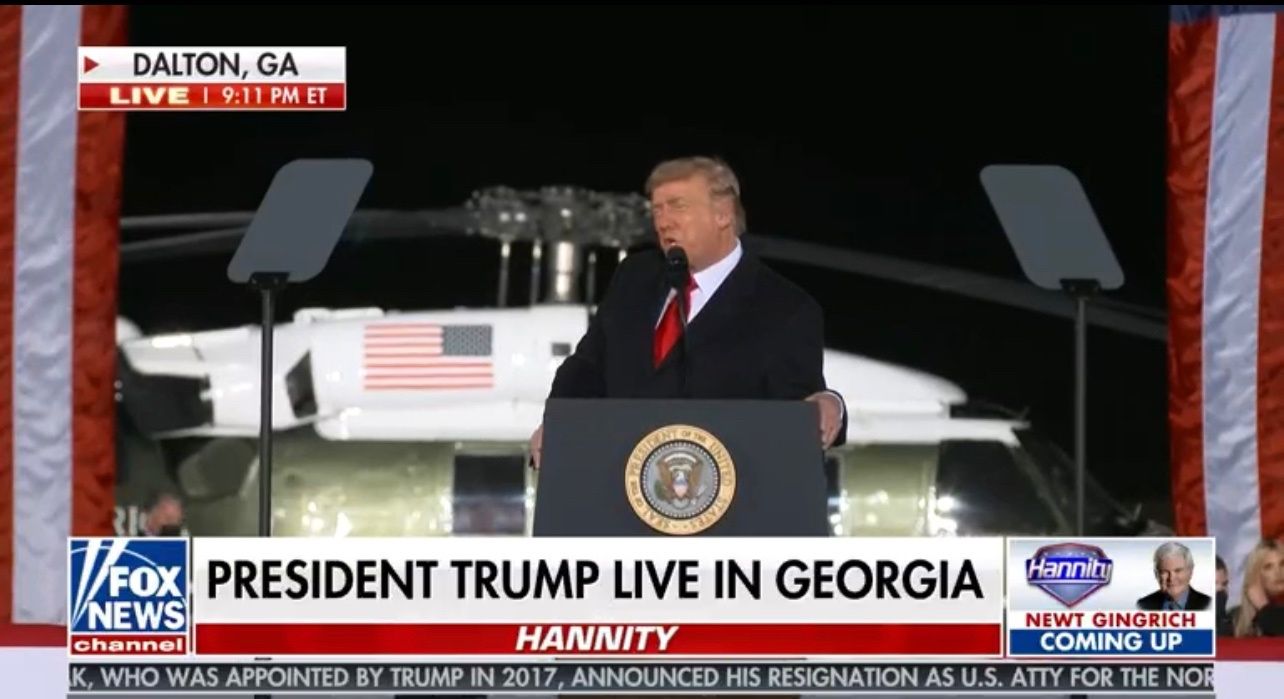 The Trump campaign filed a new complaint on New Year's Eve in an attempt to force Georgia to decertify the election results in that state. This complaint came just after the Washington Post released leaked audio of a phone call between President Trump and Georgia Secretary of State Brad Raffensperger in which Trump tried to get to the bottom of election discrepancies stemming from the Nov, 3 general election.

Trump has accused Georgia of violations of their own elections code, and of violations of due process. The complaint reads that these violations were achieved through the ignoring of "express directions regarding the collection, handling, processing, canvassing and counting" of absentee ballots and the "improper certification of elections."

The filing reads that Trump "does not seek a remedy disenfranchising any lawful votes. ... Rather, he asks the court to uphold the rule of law and the important segregation of powers principles in the Georgia Constitution (executive vs. legislature), which are fundamentally intended to protect all voters in the country," according to Fox News.

The election in Georgia was certified on Dec. 7, and was after a recount that was asked for by the Trump campaign. Since then, Raffensperger spoke out against Trump's assertion that the election in that state was stolen. On Monday, Gabriel Sterling went through each allegation against the state and detailed the ways in which they had been disproven.

Trump visited Georgia on Monday night, on the eve of the contentious senatorial election that will determine which party controls the US Senate. He said point blank that the election was "rigged," and that he fully believed he had won Georgia. He also said that, in 18 months at the end of Georgia Governor Brian Kemp's term in office, he would be back to campaign against the incumbent Republican.

Trump asked for an expedited hearing on the new complaint, and for the appeals to be submitted by Jan. 6. Jan. 6 is the day that the Electoral College votes are up for certification in the House and Senate. Over 140 House Republicans have said that they would not vote to certify the results, and some senators, including Georgia Senator Kelly Loeffler, whose fate will be decided on Tuesday, said that she would vote against the certification that would bring Joe Biden into office as president.