"The time has come for America and the world to demand reparations and accountability from the Communist Party of China," Trump declared. 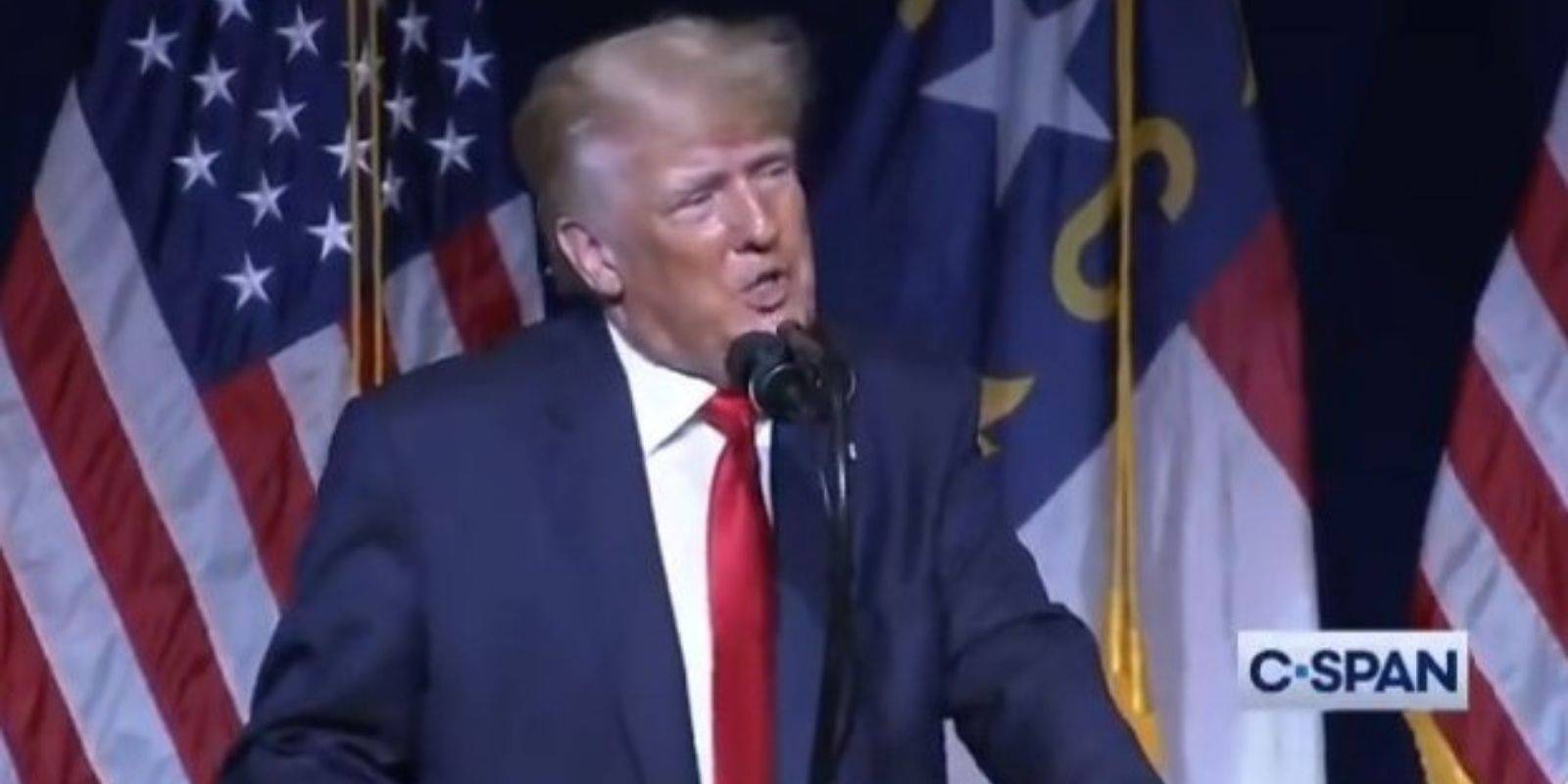 Returning to the political spotlight, former President Donald Trump's comeback speech at the GOP convention Saturday night in North Carolina claimed vindication for pointing the finger of blame at China when political, scientific, and media establishments down played the Wuhan laboratory leak theory.

The 45th president said that history has proven him right for questioning China's role in the emergence of COVID-19 and the origins of the pandemic.

Trump touted that he predicted that COVID-19 was leaked from the Wuhan Institute of Virology. "The media, the Democrats, and the so-called experts are now finally admitting what I first said 13 months ago: the evidence demonstrates that the virus originated in a Chinese government lab," Trump declared.

Establishment journalists have confessed that the press continued to dismiss the Wuhan lab leak theory because Trump pitched its probability to the public. However, in recent weeks, the theory has garnered credence.

He then lambasted White House pandemic advisor Dr. Anthony Fauci for the COVID-19 czar's flip-flopping on the effectiveness of masks. "Fauci has perhaps never been so wrong than when he denied the virus and where it came from," Trump said, urging: "The time has come for America and the world to demand reparations and accountability from the Communist Party of China."

"The current administration is so timid and corrupt that instead of holding China accountable, the Biden administration shut down the US government investigation into the origins of the virus shortly after taking office," Trump said.

Trump stated that China inflicted $16 trillion of economic damage on the United States, calling the coronavirus the "China Virus" to be "accurate."

He further jested, labeling Fauci "not a great doctor but he's a hell of a promoter" who "likes television more than any politician in this room..."

Trump reacted to the media development Tuesday, trumpeting that the press was now saying he "was right" all along. "To me it was obvious from the beginning..." Trump wrote on the former president's own Twitter-style blog where he broadcasts thoughts to the world. The interface itself comes equipped with options to share posts to Facebook and Twitter, Big Tech platforms where he remains banned.