Trump said that Walker "has properly denied the charges against him, and I have no doubt he is correct." 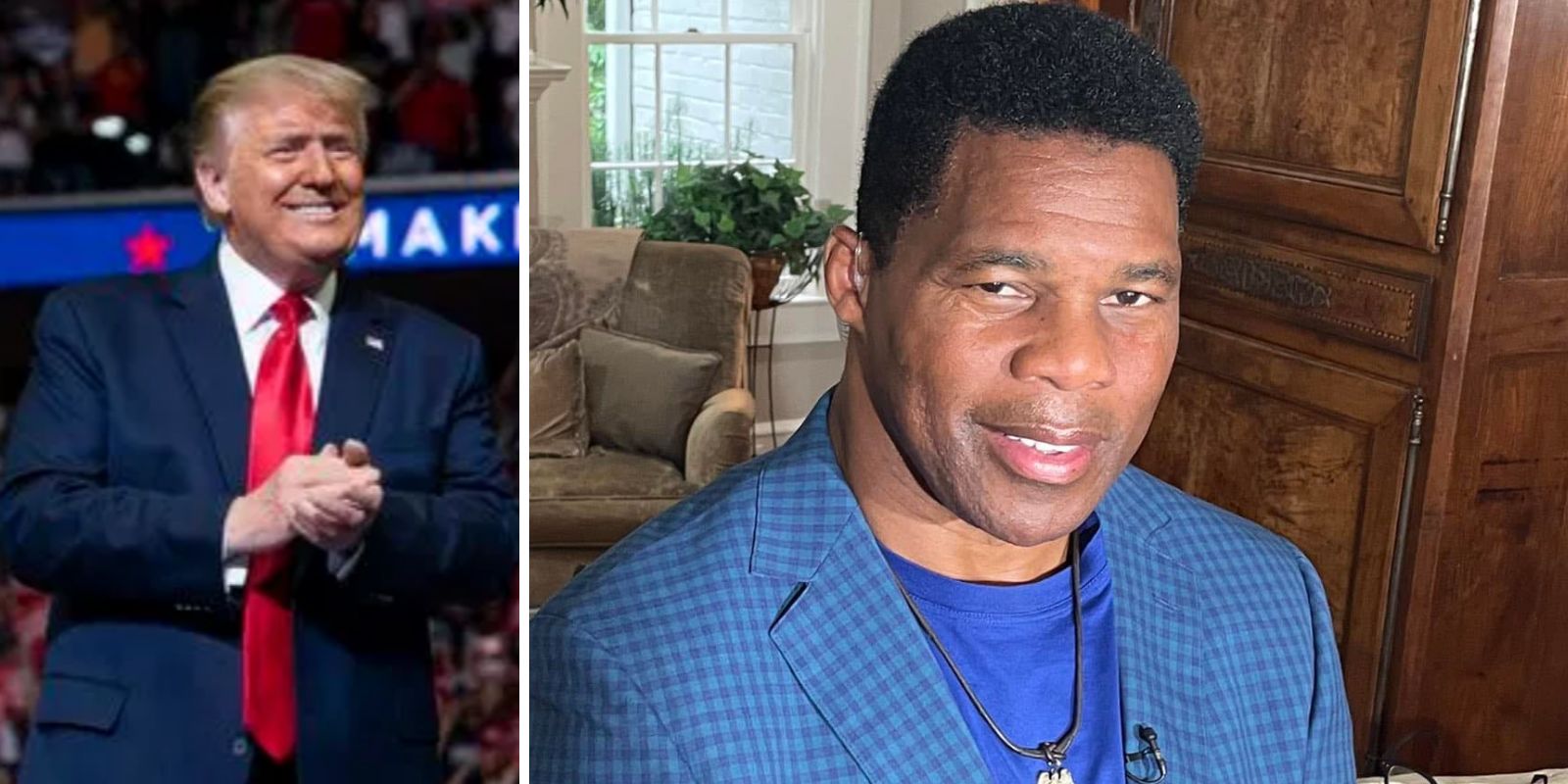 Walker was also attacked by his son Christian Walker, who accused his father of lying and "making a mockery" of his family.

Trump said in the statement: "Herschel Walker is being slandered and maligned by the Fake News Media and obviously, the Democrats. Interestingly, I’ve heard many horrible things about his opponent, Raphael Warnock, things that nobody should be talking about, so we don’t." 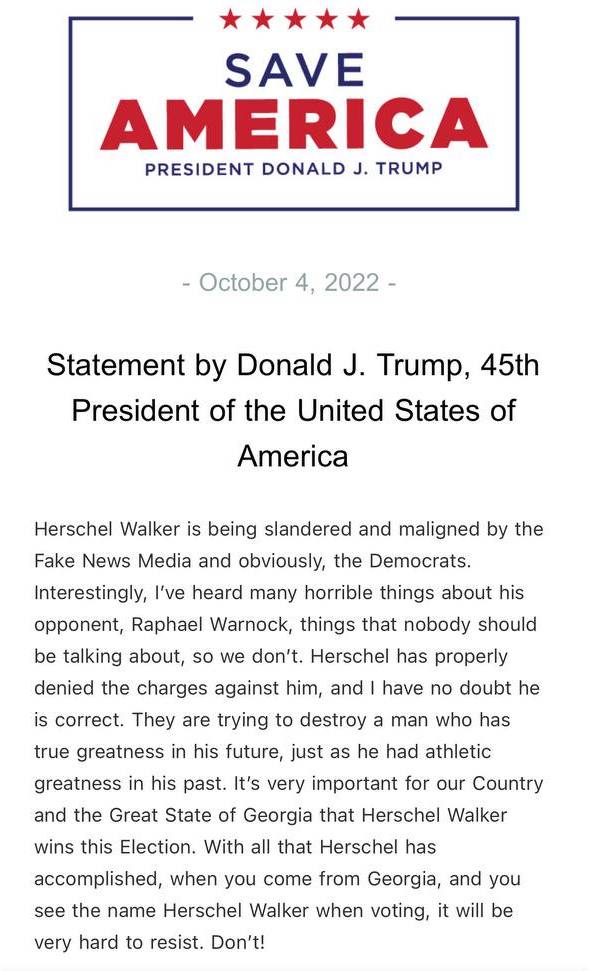 Trump continued by saying that Walker "has properly denied the charges against him, and I have no doubt he is correct."

"They are trying to destroy a man who has true greatness in his future, just as he had athletic greatness in his past," the former president said. "It’s very important for our Country and the Great State of Georgia that Herschel Walker wins this Election. With all that Herschel has accomplished, when you come from Georgia, and you see the name Herschel Walker when voting, it will be very hard to resist. Don’t!"

Walker had previously introduced Trump at a Cobb County rally in 2020, and Trump has endorsed Walker in his race for Senate—a seal of approval that has proven to be valuable.

Trump's statements come after a report from the Daily Beast that claimed that a woman, unidentified due to privacy concerns, had "conceived a child while they were dating in 2009" and that he "urged her to get an abortion."

"Walker responded to the attacks by releasing a statement on Monday night on Twitter stating that he would be suing the Daily Beast.

"This is a flat-out lie - and I deny this in the strongest possible terms," Walker wrote.

"This is another repugnant hatchet job from a democrat activist disguised as a reporter who has obsessively attacked my family and tried to tear me down since this race started. He's harassed friends of mine, asking if I fathered their children. He's called my children 'secret' because I didn't want to use them as campaign props in a political campaign.

"Now, they're using an anonymous source to further slander me. They will do anything to hold onto power. It's disgusting, gutter politics. I'm not taking this anymore. I planning to sue the Daily Beast for this defamatory lie. It will be filed tomorrow morning."
ADVERTISEMENT
ADVERTISEMENT
hersch