Herschel Walker after son’s Twitter attack: 'I LOVE my son no matter what'

Republican nominee for US Senate in Georgia Herschel Walker responded to allegations of "lying" and "making a mockery" of his family by his son, tweeting on Monday night, "I LOVE my son no matter what." 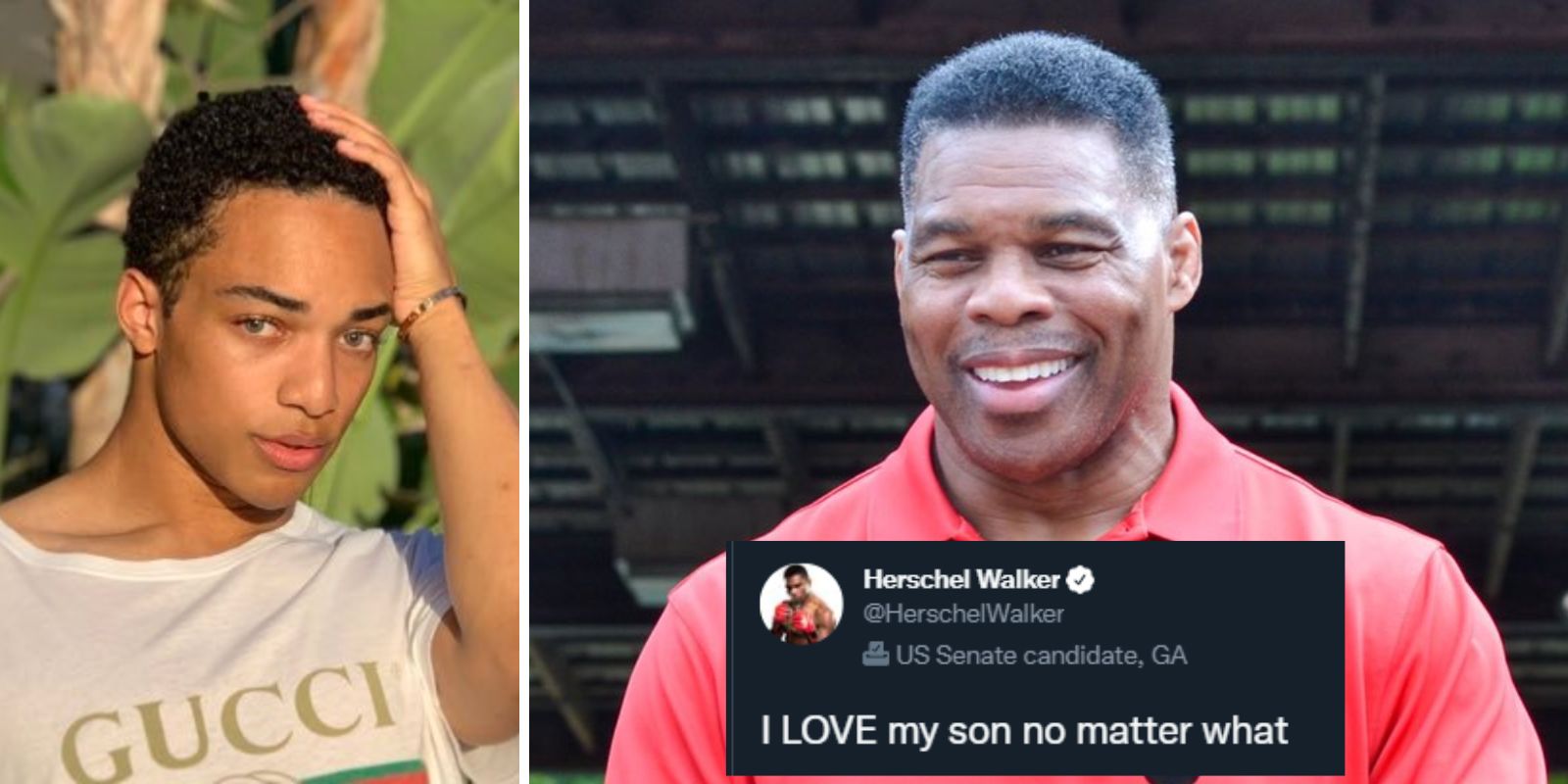 Roberto Wakerell-Cruz Montreal QC
Oct 3, 2022 minute read
ADVERTISEMENT
ADVERTISEMENT
Republican nominee for US Senate in Georgia Herschel Walker responded to allegations of "lying" and "making a mockery" of his family by his son, tweeting on Monday night, "I LOVE my son no matter what."

Christian Walker, son of the former NFL star and a conservative TikTok influencer, tweeted about allegations that Walker had paid for his then-girlfriend to have an abortion in 2009. Walker's tweets run contrary to the public praise that he had previously given his father.

"Every family member of Herschel Walker asked him not to run for office, because we all knew (some of) his past. Every single one. He decided to give us the middle finger and air out all of his dirty laundry in public, while simultaneously lying about it," he tweeted.

"I know my mom and I would really appreciate if my father Herschel Walker stopped lying and making a mockery of us," the 23-year-old Walker posted on Monday night.

"You’re not a 'family man' when you left us to bang a bunch of women, threatened to kill us, and had us move over 6 times in 6 months running from your violence," he tweeted. "I don’t care about someone who has a bad past and takes accountability. But how DARE YOU LIE and act as though you’re some “moral, Christian, upright man.” You’ve lived a life of DESTROYING other peoples lives.  How dare you."

Previously, however, the younger Walker spoke highly of his father, having said in now-deleted tweets, "My dad Herschel Walker, a southern black man from Georgia, is the greatest testament to President Trump's character and to the fact that he is the furthest thing from a racist. BEST SPEAKER OF THE NIGHT," he said, referring to his father. 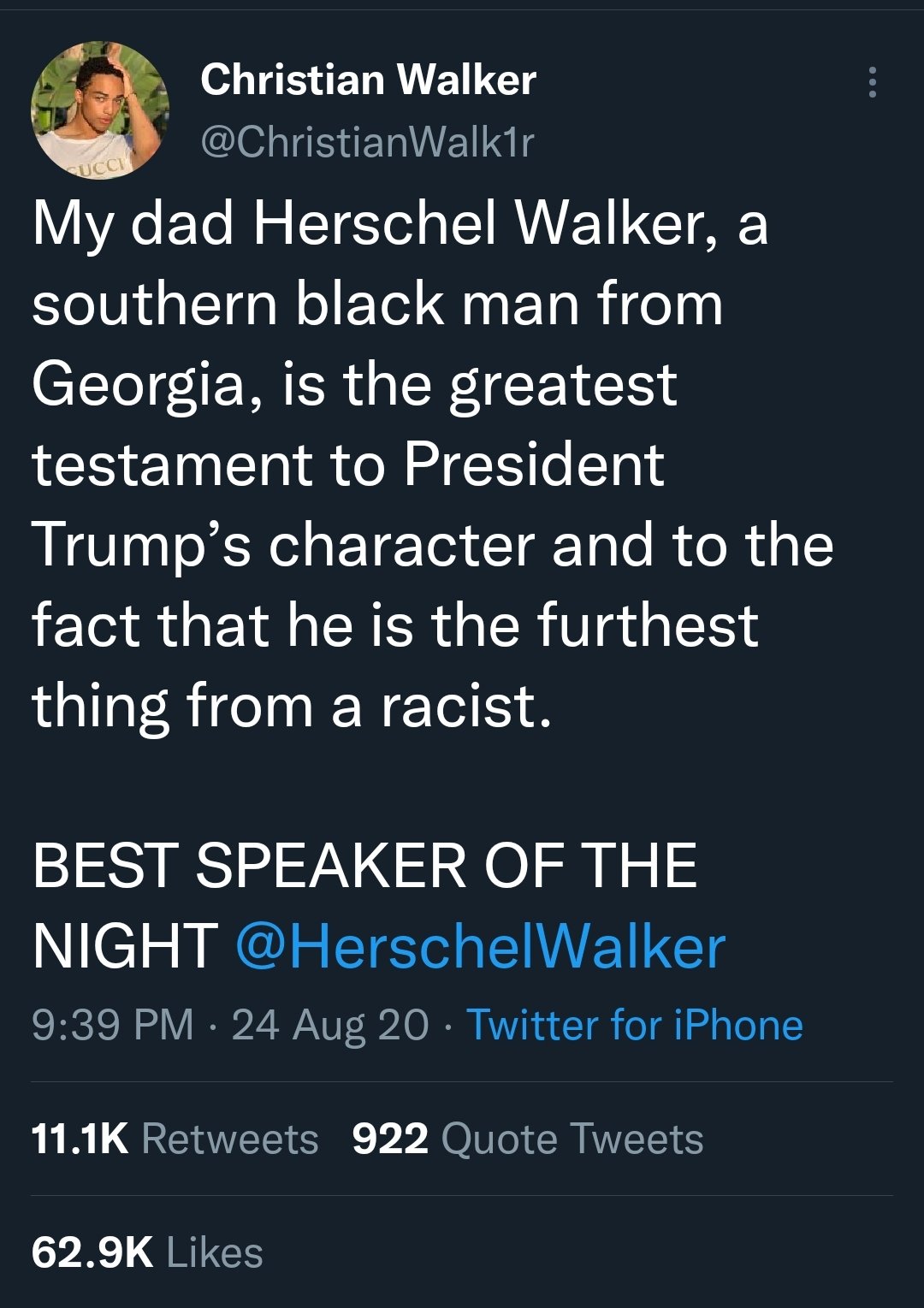 In a tweet from 2020, he said: "Thankful I had a BLACK father who empowered me to be a victor and supported me on my endeavors instead of pouring victimhood into me and telling me I'm oppressed. HAPPY FATHERS DAY." 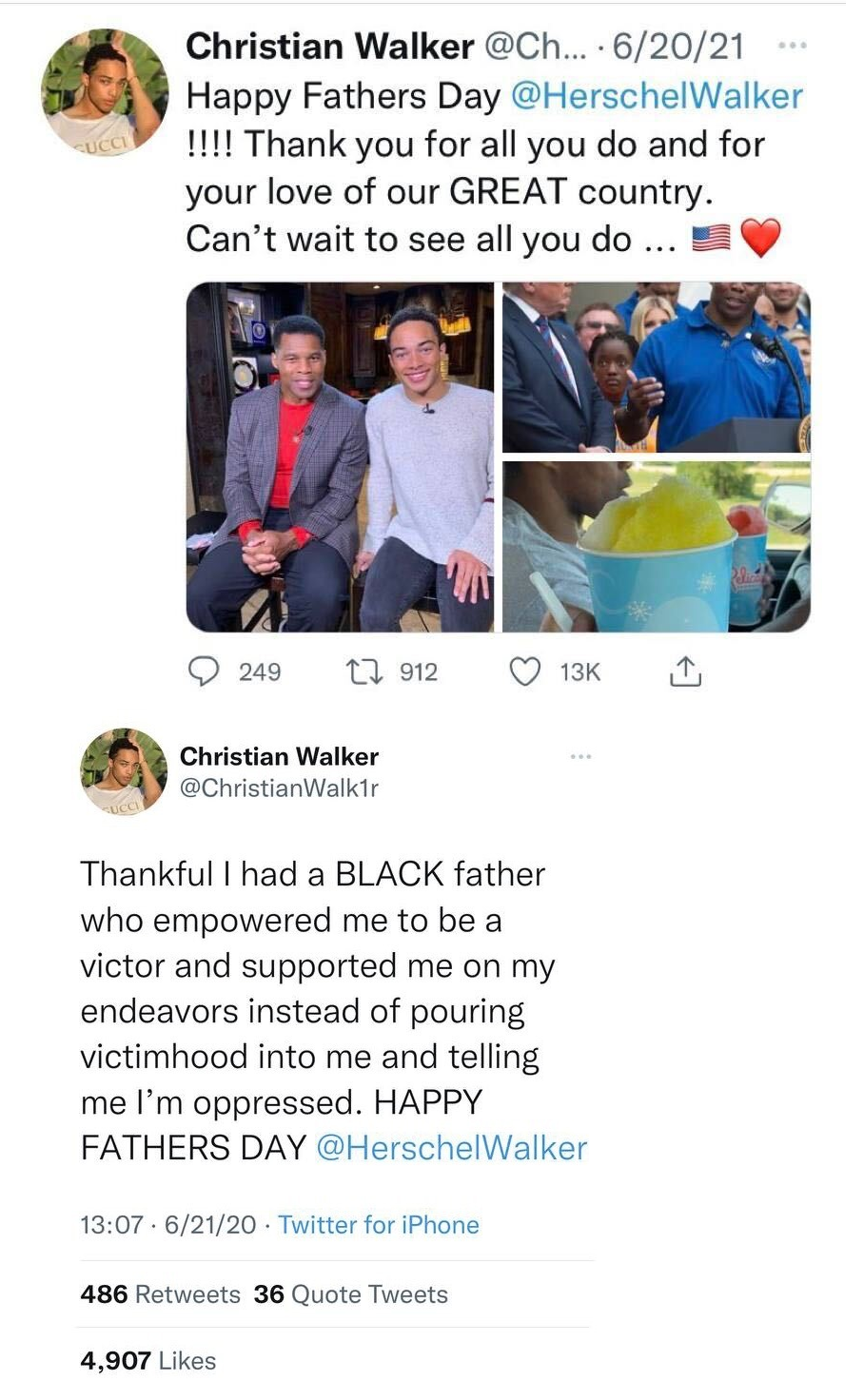 In another father's day tweet, he said "Thank you for all you do and for your love of our GREAT country. Can't wait to see all you do."