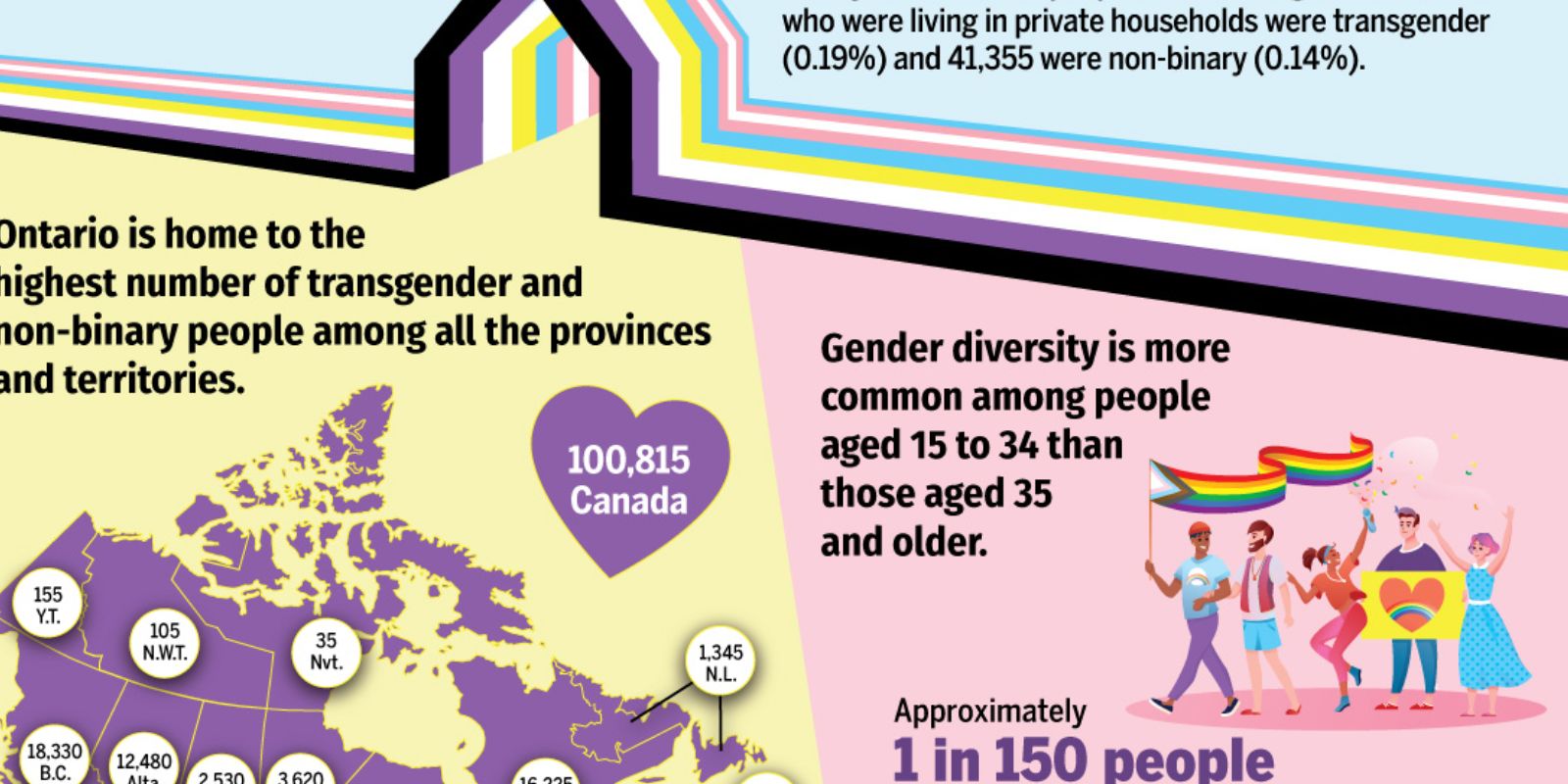 The Trudeau government has released its "Pride season" overview, documenting Canada's "transgender and non-binary" populations. The overview celebrates the "resilience, strength, and spirit of LGBTQ2+ communities in Canada throughout June, July, and August."

The study defines transgender people as "persons whose reported gender does not correspond to their reported sex at birth. It includes transgender (trans) men and women."

Ontario is home to the highest number of transgender and non-binary people among all the provinces and territories, the breakdown says. It also notes that "gender diversity" is more common among people aged 15 to 34 than those aged 35 and older.

The most common terms used by those who identify as non-binary ages 15 and older, in no particular order according to StatCan, were: