The director of the Gender Health Program at Minnesota Children’s Hospital believes children can know that they are transgender from as young as age three, and that some boys don’t have penises and some girls don’t have vaginas. 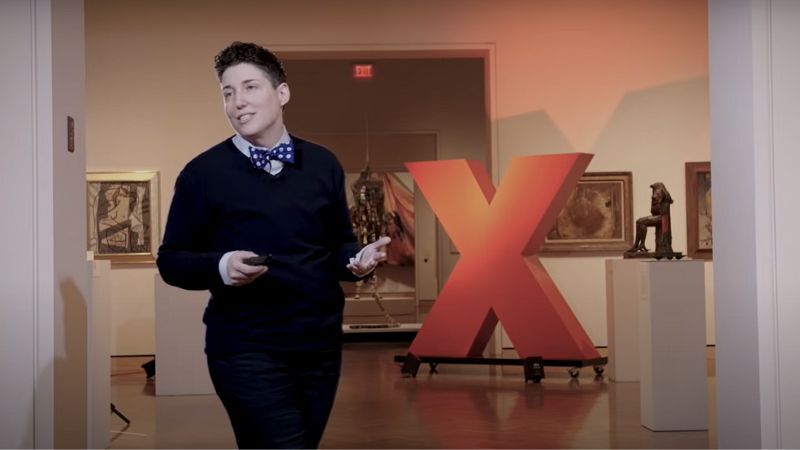 The director of the Gender Health Program at Minnesota Children’s Hospital believes children can know that they are transgender from as young as age three, and that some boys don’t have penises and some girls don’t have vaginas.

The Children’s Minnesota website states that “transgender youth deserve to grow up happy, healthy, safe, and strong,” while at the same time advertising that they offer puberty blockers which have been shown to cause bone-density and joint issues, as well as more serious side effects such as brain swelling; cross-sex hormones, which come with a possible elevated risk of cancer, and fertility preservation services for children who are being allowed to consent to signing away their fertility before they are even old enough to know what that means.


In a clip shared by Libs of TikTok, director Angela Kade Goepferd tells the audience of her TEDx Minneapolis talk in Oct 2020 that children begin to understand gender differences at around age 2, and that by age 3 or 4, they begin to develop a more “sophisticated understanding of physical characteristics and anatomy.”

Goepferd says it shouldn’t surprise people that “transgender kids are also claiming their identities as young as 3 or 4” because children at that age know how they “should feel inside based on their anatomy, and they also know that they way that they see themselves doesn’t line up with other people’s expectations."

This appears to be the accepted narrative in Minnesota. In September, The Post Millennial reported on a session given at the World Professional Association for Transgender Health (WPATH) annual conference by a consultation team of Minnesota mental health professionals that treat pre-pubescent children who have been led to believe they are transgender. The panel was moderated by an employee at Children’s Minnesota.

During the session, the team discussed the various therapeutic approaches to dealing with gender-confused children, often as young as three years old, whom they referred to as “the littles.” The general consensus of the panel was that these children who believe themselves to be members of the opposite sex because they like the “wrong” toys or clothing don’t need therapy because “the pathology is not being trans; the pathology is the transphobia that the kids and their families are winding through the world with.”

One psychologist commented on how she sees “early bloomers” who are already on puberty blockers but who clearly don’t understand the risks of puberty suppression because, in her words, they are “in so many ways … still developmentally children.”

Another Minnesota outpatient therapist told of giving out medical advice he is not qualified to dispense, suggesting to a mother: “you could just try blockers; you could kind of hit the pause button while your kid thinks about it.” To which the mother reportedly replied: “You can do what? OMG. Perfect!”

The experimental drugs known as puberty blockers were once thought to be a fully reversible pause that would give the child time to figure things out, but recent research has shown that 99 percent of children put on blockers go on to take cross-sex hormones, meaning these drugs are not a pause but rather a start switch that make cross-sex hormones almost a foregone conclusion. Therefore, the decision to put a child on this irreversible pathway is not one to be made on a whim on the advice of a therapist with they/them pronouns and no medical training.

Children’s Minnesota was not happy with the article reporting what goes on inside these gender-affirming clinics. The Post Millennial received a legal demand from the hospital that the article be deleted.

Goepferd, who has three children but claims to be neither their mother nor their father but rather their “mapa”, presumably because of sartorial choices such as the bowtie chosen for the TEDx talk and the short hair, describes leaving “open the possibility that biology isn’t destiny” for her children by telling them when they were young that “most boys have penises, and most girls have vaginas.” This is followed up by an amusing anecdote about how one of her sons identified himself as a “most boy” because he has a penis.

In an effort to justify lying to young children about one of the most fundamental facts of human existence, Goepferd uses a crayon analogy. The audience is asked to imagine children being asked to draw themselves, but only being given the choice of a pink or a blue crayon. This is apparently the equivalent of telling children there are only boys and girls. Lying to children and telling them they can change sex, or be neither boys nor girls, or both boys and girls, is the equivalent of handing them a box of 64 different colours because “if we open the box of crayons, they will tell us who they are.”