It's time to stop speaking in the language of those who hate us, take back the language, and discuss controversial topics not in euphemistic terms but with honesty. 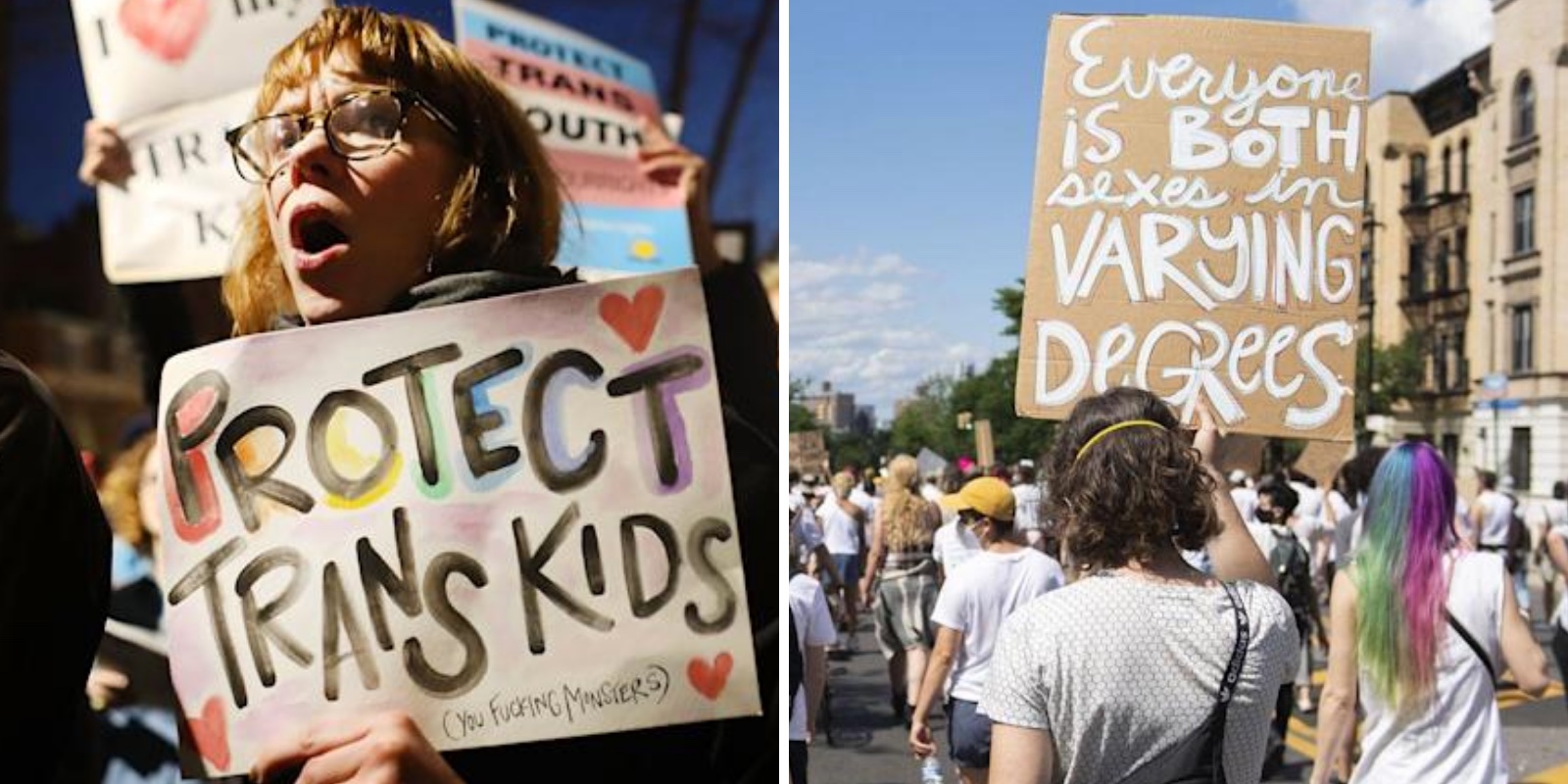 For decades, the American right has ceded control of the language to the left. This is not surprising, since conservatives have ceded every aspect of culture to the liberal elites that rule our institutions, but the time to use the words they tell us to is over.

It's time to stop speaking in the language of those who hate us, take back the language, and discuss controversial topics not in euphemistic terms but with honesty.

The left has spent countless hours in academic discourse figuring out the best way to advocate for their agenda by altering definitions of existing words or by reframing their political policy initiatives to obfuscate their true aims and make them more palatable to the American public.

We watched it happen, and some of those more daring thinkers pushed against it when it was still called "political correctness." The idea, we were told, was to change our language to change our thoughts to change our actions and act more compassionately, kindly, and tolerantly in society.

Their efforts have been incredibly successful, and that's perhaps nowhere more apparent than in the debate over trans ideology, children, abortion, and education. It's no wonder that much of the linguistic acrobatics is in the area of family and children, the foundational elements of human life.

In the debate over trans ideology, loosely defined as the idea that a person can have an internal, innate gender that is opposed to their bodily sex, the language used to have the conversation itself is already in favor of this belief. Conservatives have used this language because it was the language given.

As the idea of transness emerged from the arts, the institutions, and the academies, it brought with it a language that was already in pro the concept itself. The language with which we discuss transness is not neutral, it is skewed to be in favor of the idea that a person could be in born in a body that was the wrong sex for their personal gender.

When we discuss trans, the word transgender must no longer be used. Instead, and I say this very plainly in the same way that trans ideologues would plainly say the reverse, state the person's sex. Do not engage in the mental gymnastics necessary to make the rhetoric make sense. The terms trans woman or trans man require a thought process that reverses those things in order to make them align with reality.

To conceive of a trans woman, one must first translate that this person is a male who endeavors to present and live according to the stereotypical social understanding of how women present and live. So just say so. A trans man is the same, only reversed. When identifying the concept of a trans man, instead of obfuscating reality and fact, say plainly that a trans man is a biological female who seeks to be treated according to the social dictates of how men are treated.

Biological females who undertake to appear male and to be treated by others as though they are male to not go on "T" or get "top surgery" or "bottom surgery." These females take cross-sex hormones leading to a loss of bone density, have voluntary double mastectomies, and remove their reproductive systems only to replace it with a prosthetic that will never function as a human, male penis would.

Biological males who undergo medicalized sex changes first chemically castrate themselves before having a surgical castration and the creation of an open wound that needs to be manually kept open for the rest of their lives.

There is no such thing as trans children, and any legislation or conversation about children who do not adhere to the gender stereotypes associated with their biological sex should not discuss these kids as though they are "trans." They are simply not conforming with stereotypes about which they likely know very little—and there's nothing wrong with that.

Gender nonconforming kids do not require intervention to correct, change, affirm, or oppose that. They merely need to be raised, to let explore, to play, just like all kids. The stereotypes to which kids are expected to adhere by adults are the problem, kids crossing or blurring those lines are not.

When President Biden released a video on the latest Trans Day of Visibility instructing parents to "affirm" their trans kids, it's likely that he had no idea what he was talking about. Why? Because the concept of "affirming" kids seems really positive.

"To parents of transgender children: affirm your child's identity. One of the most powerful things you can do to keep them safe and healthy," Biden said. Where did he get this language? Does he have any idea what affirmation entails?

Affirming a child looks like this: your young daughter comes to you and says she likes to play with trucks and climb trees like the boys do, and thinks she might be a boy. You say, yes, you are a boy, because only boys like trucks and to climb trees. You tell her she can pick a new "boy" name and that the jeans and t-shirts she likes to wear are "boy" clothes. You tell her school that she is now to be referred to by her boy name, and to use the boys' bathroom. You take her to a therapist who applauds you for "affirming" her chosen gender.

Then the therapist refers you to a gender clinic, where your daughter can take Lupron, a drug that will prevent her from going through puberty, a necessary part of development on the road to adulthood. Lupron is not approved by the FDA to treat children with gender dysphoria. Blocking puberty will lead to sterilization, and once this process is begun, testosterone injections follow, along with recommendations for the surgical removal of your daughter's healthy breasts, uterus, and ovaries. This has been described as the process by gender therapists, who advocate for it, as well as by detransitioned young people who attest that they were led astray by the mental health industry.

Does Biden know that by instructing parents to "affirm" their children he was advocating for the creation of neutered children who can never become functioning adults or parents but remain lifelong medical patients in bodies that are constantly at war with themselves?

If conservatives had not ceded the language, Biden would have had to either tell the truth about what "affirmation" means or instead said that parents should be compassionate to their children, to support them and love them as they are, and to tell their kids to love themselves, and their bodies, and not seek to change them simply to adhere to gender stereotypes. But no, this language was likely not even part of the conversation Biden was having in the White House.

By giving up the language, by using terminology invented for the purposes of advocacy and not for truth, conservatives have allowed false narratives to take the place of reality and have imperiled American families. It's far past time to take back the language, to show the jargon of advocacy for the propaganda that it is, and to stake a claim to reality.