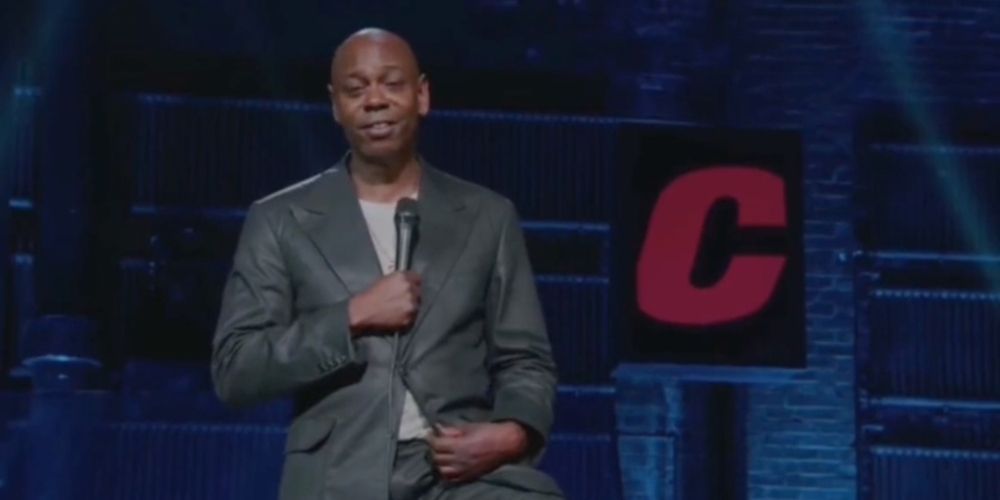 During Monday night's screening of his documentary project Untitled, comedian Dave Chappelle delivered more jokes about transgender people a little over a month after backlash began over jokes made in his Netflix special, The Closer.

"Week four of being cancelled, it's crazy," Chappelle said, before going into story about having to get an order of protection against a racist neighbor who came to his house a few months ago, according to The Daily Beast.

Chappelle said that his wife had recently gifted him a pearl-handled .22 caliber pistol. He joked that the last thing someone would say to him before he had to use the weapon would be "f****t."

He continued on to state that if he end up going to jail for murder, he would claim to be a woman.

He noted that he offered to pay for the man's rehab or therapy, "because clearly the man was not mentally well," according to The Daily Beast. He added though that the payment would be kept secret, because those without health insurance would come asking for medical treatment help, joking that trans people would come to ask for help in paying for their gender reassignment treatments.

Chappelle also joked about pronouns, saying when introducing the musician H.E.R, "It's a pronoun you don't hear much!"

Later on, he joked with comedian Jon Stewart that he's form a transgender tribute band named "They."

The Daily Beast noted that a leaked version of his set in Ohio showed Chappelle delivered a similar joke about the racist neighbor, but eliminated much of the transgender jokes.

In The Closer, Chappelle defended writer JK Rowling, who has expressed on social media anti-transgender stances that have had the Harry Potter writer labeled a "TERF," or trans-exclusionary radial feminist.

"Effectively, she said gender was a fact, the trans community got mad as fuck, they started calling her a TERF," Chappelle said in The Closer, adding, "I'm Team TERF. I agree. I agree, man. Gender is a fact."