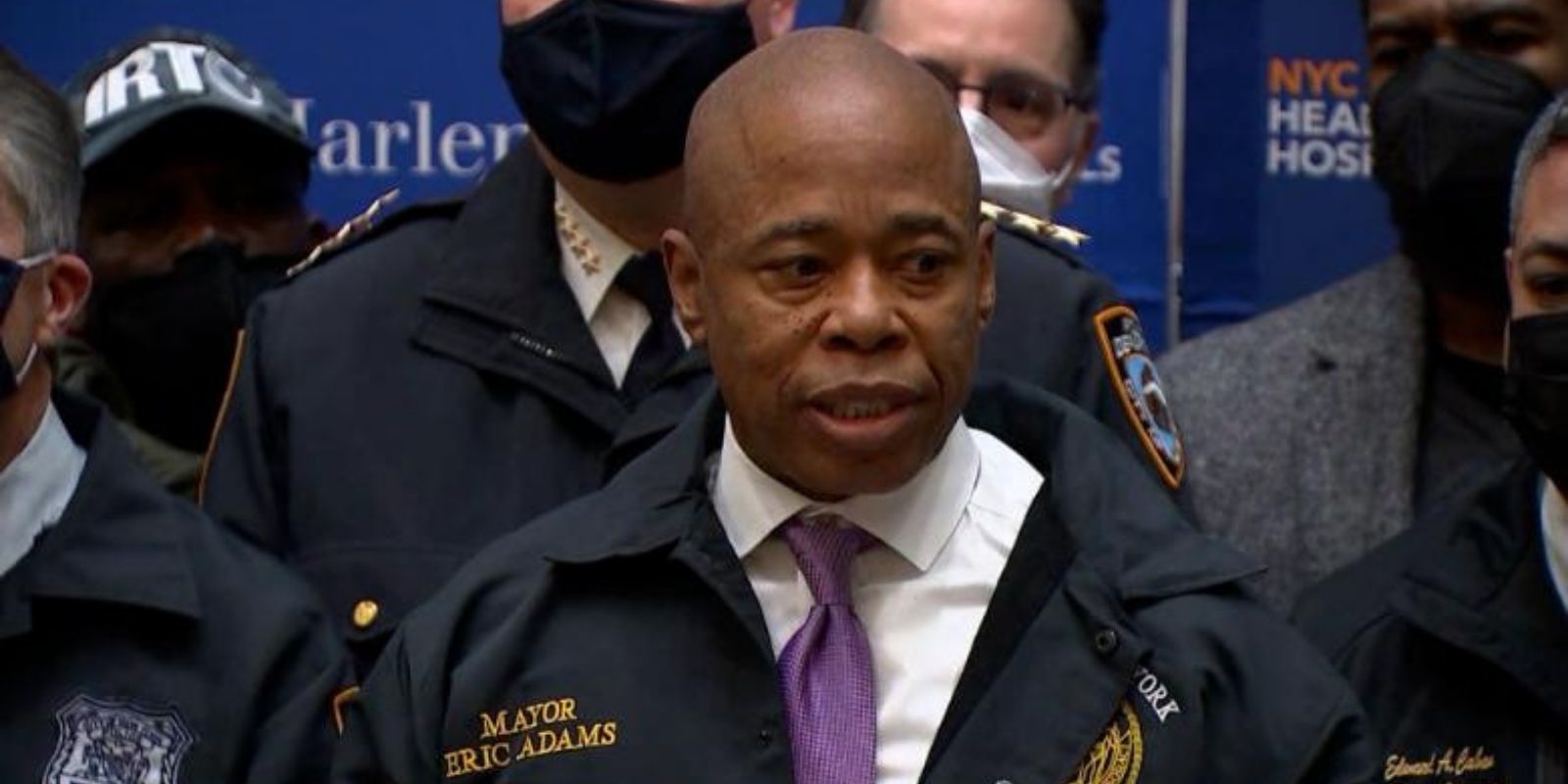 New York City Mayor Eric Adams stated Saturday evening that he wants to "end gun violence" in the city after an NYPD officer was killed and another left in critical condition when police reponded Friday to a domestic violence call in Harlem.

"Tonight, we mourn Officer Jason Rivera. We pray for Officer Wilbert Mora. And we stand united as a city to end gun violence and make our streets safe for every New Yorker," tweeted Adams over the weekend following the fatal shooting.

The replies to the mayor's tweet include calls for Adams to take action against the snowballing violent crime in New York, instead of just tweeting about it.

"What's your plan? The wait is over. Enough kumbaya moments. It's time for concrete action to keep New Yorkers safe. That's what you campaigned on—to make the city safer," one of the Twitter users wrote, addressing Adams.

"Nice talk, now let's see some preemptive action. Bring back Stop and Frisk. The cops know who the bad guys are," another critic tweeted.

Others pointed out that repeat offenders have been released from police custody on low bail or not bail at all while soft-on-crime prosecutors decline to pursue charges, placing criminals back on the streets without facing punishment.

The suspect who opened fire on the police officers Friday evening was revealed to be a convicted felon who was out on probation at the time of the attack. The career criminal with multiple felony convictions charged over the killing also has featured pro-Black Lives Matter and black nationalist content on social media.

Adams has promised to crack down on crime citywide. The mayor insisted that "New Yorkers are safe on the subway system" in the wake of a shocking death. Adams has since admitted he doesn't feel safe when riding the city's subway after an Asian woman was killed when she was pushed into the path of a train.