"The Biden administration has its head in the sand and is not paying attention to the real world impact of gender identity policies and how devastating they are for female athletes," ADF Senior Counsel Christiana Kiefer told The Post Millennial. 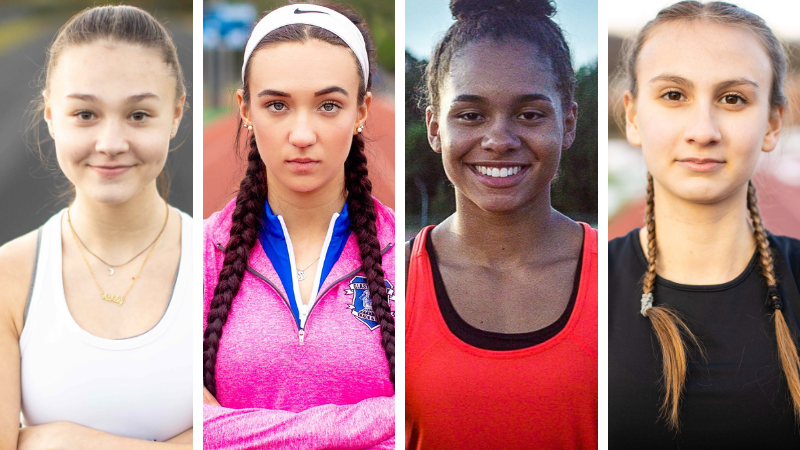 Libby Emmons Brooklyn NY
Oct 2, 2022 minute read
ADVERTISEMENT
ADVERTISEMENT
Opening arguments began on Thursday in the US Court of Appeals for the 2nd Circuit case of Soule v. Connecticut Association of Schools. This after the case was dismissed by a federal judge in 2021, but attorneys for the Alliance Defending Freedom, representing the young women, are determined to pursue fairness and seek justice for the student athletes under Title IX.

It's clear which side of the divide the Biden administration is on, which is that gender identity should supercede considerations for biological sex in law, culture, and society. "The Biden administration has its head in the sand and is not paying attention to the real world impact of gender identity policies and how devastating they are for female athletes," ADF Senior Counsel Christiana Kiefer told The Post Millennial.

Yet Kiefer is not to be deterred. "I was actually really encouraged by the questions from the bench in court on Thursday," ADF Senior Counsel Christiana Kiefer told The Post Millennial, "because I think the court understands that records are important and it's that is a basis to continue moving forward with the case and allowing us to make our full arguments and focus under Title IX."

The case centers on four high school athletes in Connecticut who were dealt a devastating blow when their efforts to compete to win in women's track were thwarted at every turn by two biological male athletes who pushed their way into women's competition by identifying as transgender. After years of losing out to biological males, the female athletes brought suit against the state of Connecticut for Title IX violations.

"Each one of the athletes has suffered either been bumped down in the rankings or denied championship titles," Kiefer said. The case was thrown out in 2021 because a federal judge claimed the female athletes had no standing. However, the ADF says that "having records that don't rightly reflect your achievements, is a sufficient injury, to have Article Three standing in federal court and to keep moving forward."

The biological males who are named in the case also believe that records matter, and do not want the girls' records to reflect what would have been wins and high level awards had those biological males not intervened to disrupt those races. These athletes, too, agree that having their records adjusted would be an injury, which indicates that both sides believe the case has standing.

"Chelsea Mitchell, four times, was the fastest female athlete in a state championship race, and was never named state champion in those races because biological males bumped her down in the rankings." Mitchell wrote about her experience in USA Today, which then censored the article so as to not offend trans rights activists.

"Alana Smith, as a freshman, was at this very important elite meet. She would have come in as a runner up was bumped down in the rankings by a male," she said.

"Selina Soule lost the opportunity to advance to the next level of the statewide competition because of males, and so we want the girls' records to be fixed and to rightly reflect their accomplishments," Kiefer said.

The two biological males who were permitted to compete against women, Andraya Yearwood and Terry Miller, began their pursuit of women's titles and records in 2017-18. Yearwood and Miller were applauded for their bravery while female high school athletes were relegated to the sidelines.

Soule, Smith and Mitchell filed suit against the state of Connecticut in February 2020, alleging that the state was in clear violation of Title IX, the provision in the Civil Rights Act that requires equal opportunity for male and female athletes in education. By allowing males to compete against women, the suit stated, Connecticut was not providing a fair playing field for female athletes.

In that case, Judge Robert N. Chatigny demanded that the Alliance Defending Freedom attorney who were representing the women refer to the two biological males as "transgender females," stating that "referring to these ­individuals as 'transgender ­females' is consistent with science, common practice and perhaps human decency."

"If a judge dictates what words parties have to use," ADF attorneys said at the time "it can bias the case. It is essential that every litigant be able to present their case to an impartial court in the way that they believe is the most accurate and true to the facts. We’ve explained in our brief how the judge’s order prevents us from doing that for our clients.”

Kiefer told The Post Millennial that female athletes in Connecticut and their families had reached out to every level of government seeking fairness in girls' sports, including all the way to Cardona's office. "And they were simply shut down," she said. "They were told multiple times, including by the Title IX coordinator at their schools, that 'girls have a right to participate, but not to win.'"

"They said that in writing," Kiefer continued. "'Girls have a right to participate but not to win.'"

Cardona has now taken that policy, that reinterpretation of Title IX, to the federal level and seeks to enforce it across the entire US. A recently proposed set of changes to Title IX is under consideration, and if they go through, women's sports will not be safe from male incursion anywhere in the United States.

"The Biden administration's proposed changes to Title IX are flatly unlawful," Kiefer told The Post Millennial. "They are attempting to rewrite federal law by executive fiat, and they simply do not have the congressional authority to do that."

"They do not have legal authority in the statute," Kiefer said, "nor any sort of Supreme Court precedent that would authorize them to make the type of radical changes that they're attempting to do to Title IX."

When these policies have been implemented, such as they have been in Connecticut, they have been a failure. "In Connecticut," Keifer said, "We had two male athletes alone, and they swept 15 girls' state championships titles over the course of just three years. They knocked girls out of more than 85 advancement opportunities to the next level of competition, and they set 17 new individual meet records."

Again and again in discussing the participation of biological males in women's sports, mainstream media outlets will claim that proponents of women's sports are trying to prevent athletes who identify as transgender from participating at all. This is not the case.

Those who believe biological males should have the opportunity to compete in women's sports after identifying as transgender believe that the female athletes were not at all harmed by having to compete against biological males. Instead, they claim that "cisgender students are not being excluded in any way," because "they're allowed to compete in sports consistent with their gender identity."

The Washington Post cites the Supreme Court's Bostock ruling in 2020 to claim that the court will uphold the right of biological males to compete in women's sports, regardless of the harm it does to women.

"The Biden administration specifically takes the Bostock decision and misapplies it," Kiefer told The Post Millennial. "The Supreme Court was really clear in Bostock that its decision was a limited holding. It arose in the context of federal employment discrimination law. And the Court specifically said that they were leaving other questions and other contexts, including bathrooms, athletics, and the like for another day."

"For the Biden administration to try to stretch a Supreme Court decision in this way and attempt to argue that it has some sort of gender ideology mandate is simply false," she said.

Female athletes will be made to take a back seat to those males who claim to be transgender. Women will lose out on scholarships, funding, awards, titles, and records. Fairness and actual equality are what is at issue in this case, and the innate, biological differences between men and women.
ADVERTISEMENT
ADVERTISEMENT
adf case