EXCLUSIVE POLL: Majority of US voters will not back candidates who support child sex changes

The poll found that 72.7 percent of Americans would not vote for candidates that support the medicalized gender transitions of children through puberty blockers, cross-sex hormones, and sex-change surgeries.

With midterms fast approaching, a new poll has revealed that a majority of Americans will not vote for candidates that support the medicalized gender transitions of minors.

The poll, conducted by The Trafalgar Group in partnership with Convention of States Action for The Post Millennial, found that 72.7 percent of Americans are unlikely to vote for candidates that support the child sex changes, or medicalized gender transitions for minors, through puberty blockers, cross-sex hormones, and body mutilating surgeries. 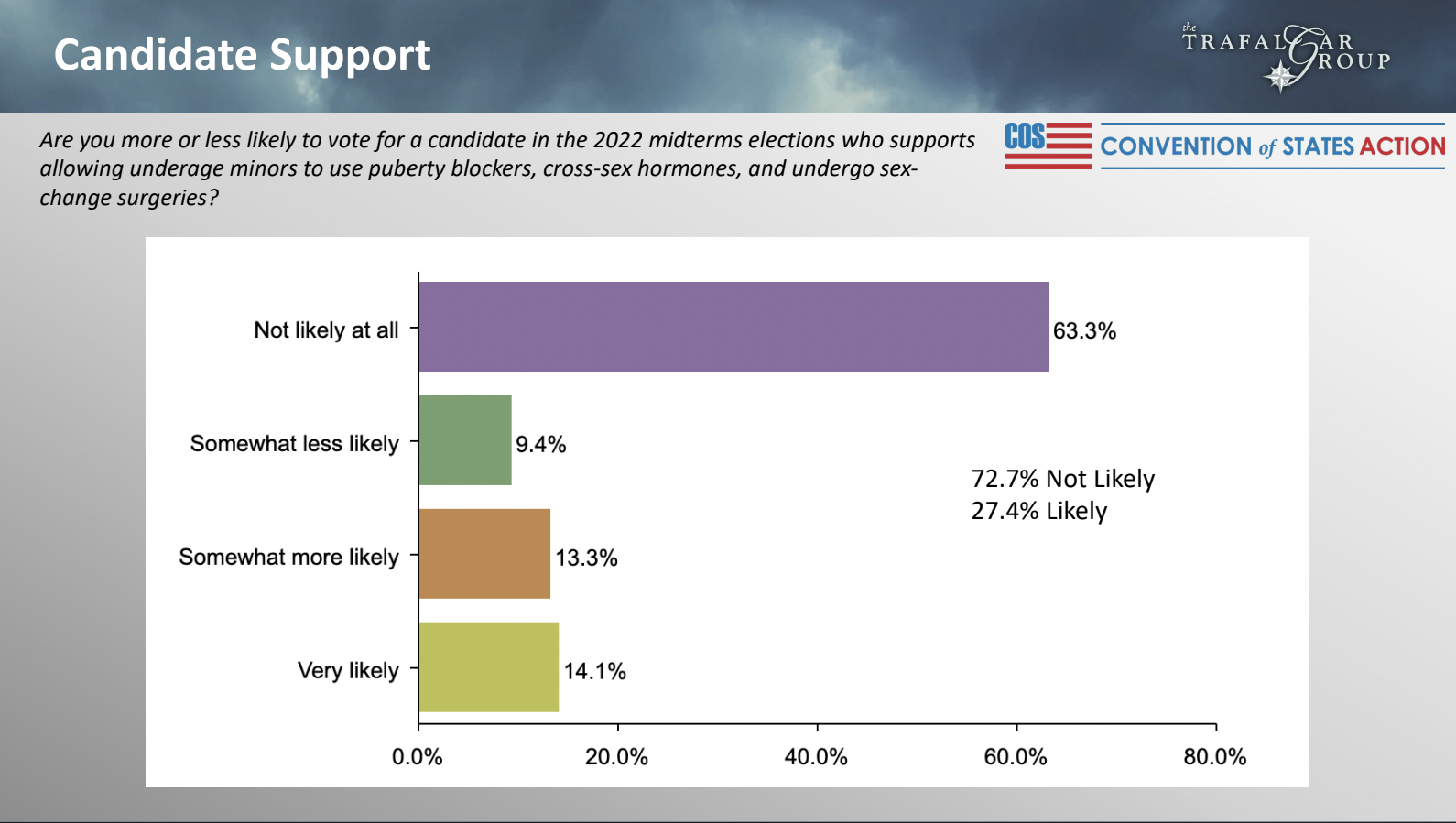 The poll was conducted between October 25 and 30 of 1080 likely general election voters.

Split by political party, a vast majority of Republicans and independents said that they would not vote for a candidate that supports this, at 96.5 and 79.2 percent respectively. 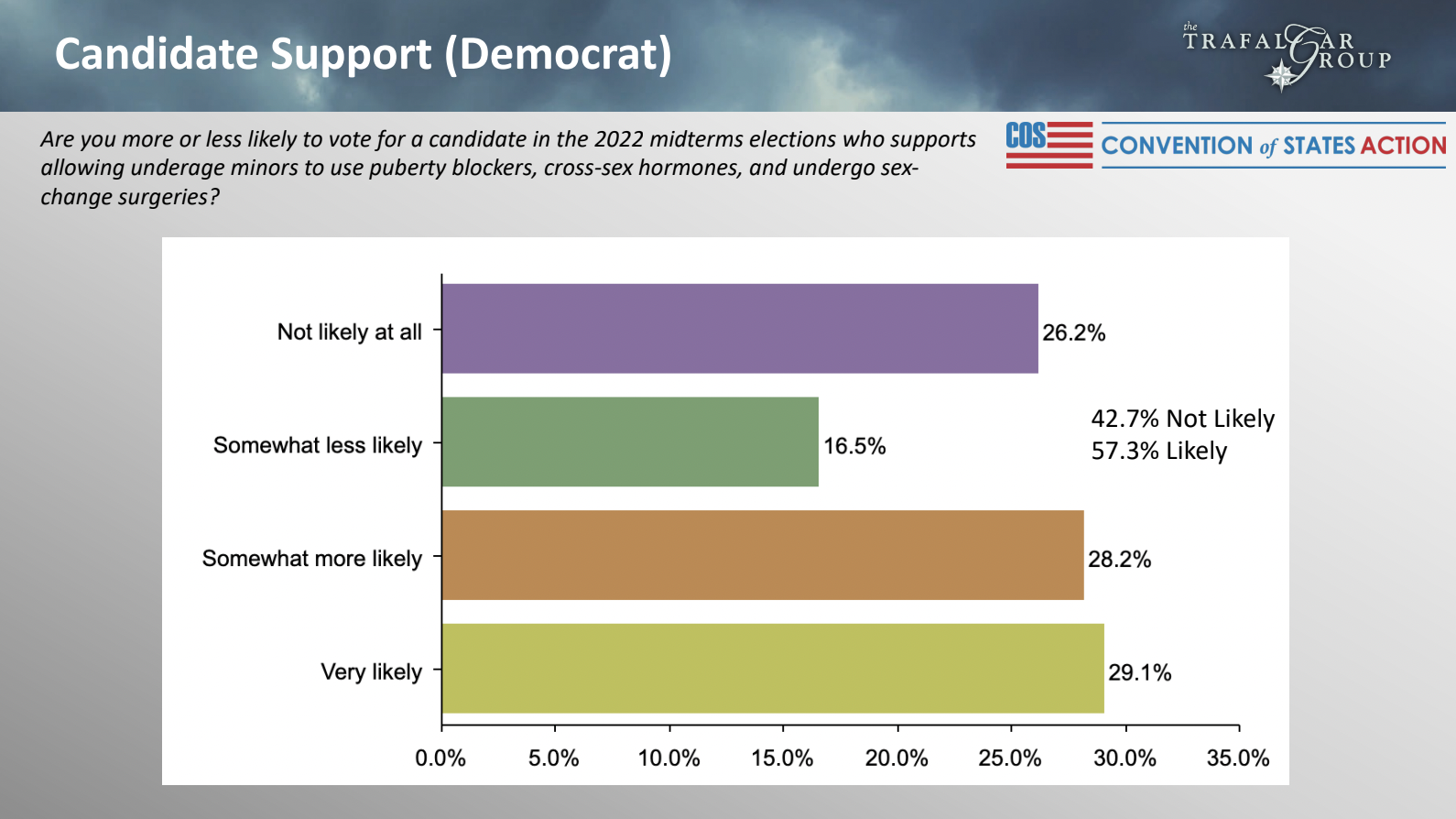 Looking at age groups, young adults between the ages of 18 and 24 were the most likely to say they would support a candidate that allows for medicalized gender transitions, at 32.3 percent. A majority though, 57 percent, said they would not vote for such a candidate.

Hispanic voters were the largest ethnicity group to say they wouldn’t vote for such a candidate, at 85.4 percent.

"As with so many other election 2022 issues, the far left has gone too far in pushing unrestricted Transgender procedures for any child at nearly any age without any restrictions. Voters–most of whom are parents–know that this policy goes wildly beyond common sense in a country where we restrict entertainment, alcohol use, medications, driving, voting, and even criminal sentencing for minors. Average Americans, regardless of party, have a sense that things are out of control and there are no adults in the room," said Mark Meckler, President of the Convention of States.

"When the autopsy is done on this coming midterm election, experts will find that unrestricted wokeness has had a major impact on voting decisions. Citizens expect responsible, common sense policies on issues, and politicians so focused on pandering can’t see this and will pay the price."

The results of the poll come as more stories of hospitals and clinics across the country performing medicalized gender transitions on children emerge from coast to coast.

President Biden has been very clear in his support for sex changes for kids, not only telling parents on Transgender Day of Visibility in April that they are "so brave" and to "affirm your kids," but he recently hosted trans activist social media influencer Dylan Mulvaney in the White House, expressing his support for gender changes for children.