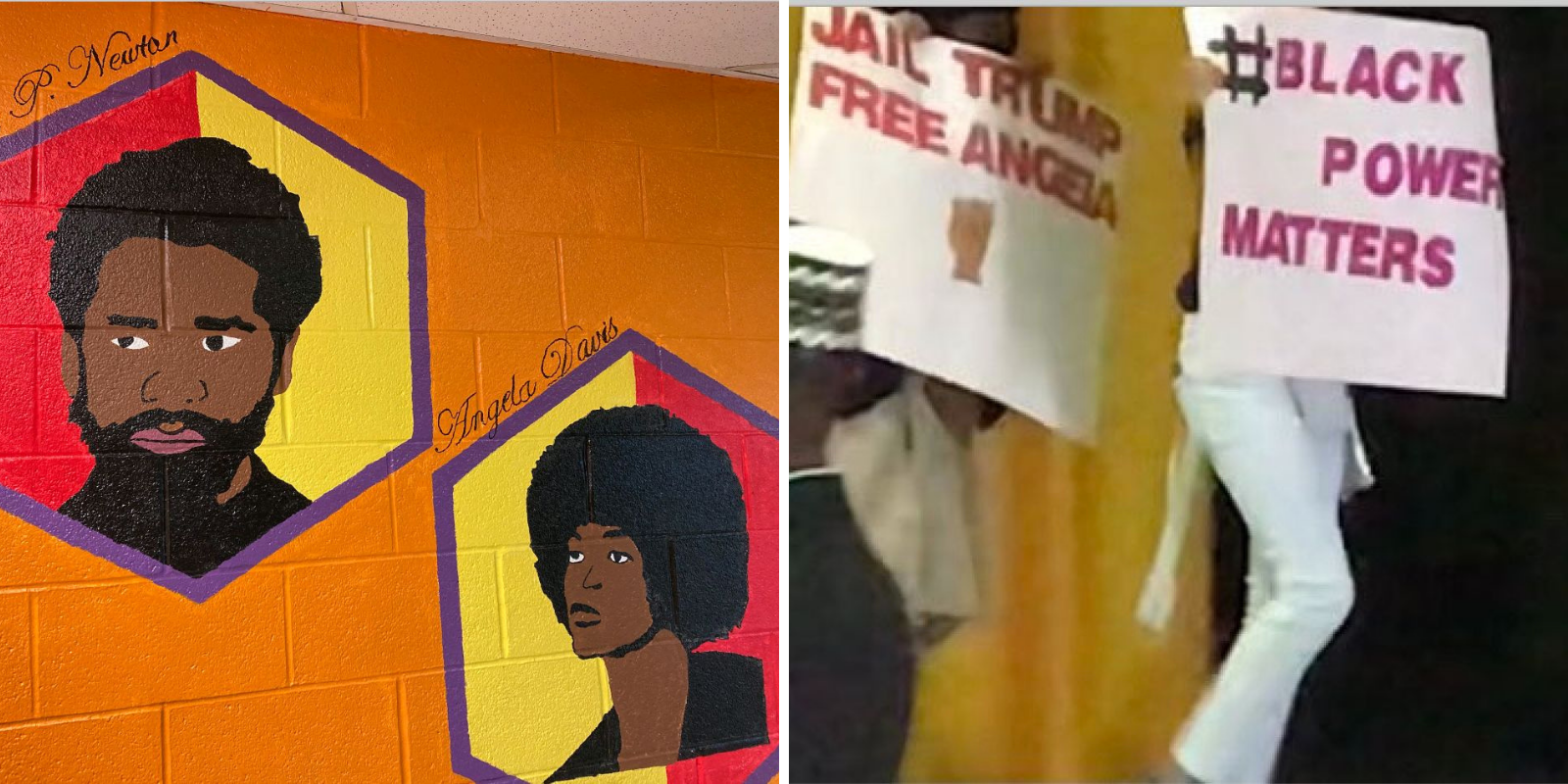 As part of the lesson, the teacher also asked the classroom of students to describe Davis' early life and reflect on her vision of social change. At the end of the unit, the teacher led the students aged 10 to 11 into the school's auditorium to act out the pretend Black Power rally to release Davis from prison, where she was once held on charges of murder, kidnapping, and conspiracy in the early 1970s.

The students marched onto the stage, holding signs that read "Black Power," "Jail Trump," and "Free Angela." The young children chanted about Africa and ancestral power in their calls to free Davis from incarceration.

According to the district-wide enrollment data, the school's student population is 94 percent black and 100 percent "economically disadvantaged," Rufo reported. Academic-wise, it is one of the worst-performing schools in the state of Pennsylvania. By graduation, only 13 percent of the school's students will have achieved basic literacy.

Despite the abysmal academic performance, administrators have abandoned traditional pedagogy over time in favor of political radicalism, Rufo tweeted.

The school's newest public artworks illustrate this politicization. Recent commissioned murals of Davis and Huey P. Newton, co-founder of the Black Panther revolutionary movement, adorn the school's hallway. Both figures stood trial for various violent crimes. The entire Philadelphia public school system has embraced the philosophy of "anti-racism" as the largest and most "diverse" district in the Commonwealth.

Last summer, the superintendent released an Anti-Racism Declaration promising to "[dismantle] systems of racial inequity," implement programs for white and black educators segregated by race, and provide its school-aged children with an education that is "truly liberating, protecting, and just."

"No justice, no peace!" the Philadelphia School District's superintendent William Hite signed off. "Racism is the root of all other forms of injustice and provides the nourishment needed for other systems of oppression to thrive."

The local teachers union produced an explainer video uploaded Feb. 5 that denounces America as "a settler colony built on white supremacy and capitalism," which has created "a system that lifts up white people over everyone else."

Inspired by the national Black Lives Matter at School's Week of Action, radical educator Hanako Franz spoke about how racism, capitalism, and white supremacy in America can affect local schools in the YouTube video titled, "Why do Educators need Anti-Racist Training?"

On the union's About Us page, the Racial Justice Organizing Committee demands that the United States overthrow the "racist structure of capitalism," provide "reparations for Black and Indigenous people," and "uproot white supremacy and plant the seeds for liberation and empowerment" that will lead to their idea of an "equitable world."

For schools to be sites of racial justice and part of the solution against racism, allies must push for "police free schools," ongoing anti-racist training for all school and district staff, and the firing of "racist" faculty.

"The gap between rhetoric and reality is almost beyond comprehension: the ten-year-olds marching for 'black communism' can barely read and write," commented Rufo, noting that rather than come to terms with this failure, educators have shifted the blame to "systemic racism" and promises of "revolution."

According to facts provided by the Management and Budget Office, the School District of Philadelphia has 18,000 employees and an annual $3.4 billion budget, Rufo cited, yet fails, year after year, to teach basic reading, writing, and arithmetic.

"In absolute terms, the numbers are demoralizing," Rufo wrote. "As it turns out, education is hard; political fantasy is a useful diversion."

One teacher the school, who requested anonymity out of fear of reprisals, expressed deep pessimism about the future of public education. The source has "come to realize that no policy hurts African-Americans more than the public school system and the teachers' union."

"This should be a crime," Rufo remarked. "Educators promise to 'plant the seeds for a new world,' but condemn their students to illiteracy and failure." Thus, the youth of this generation are sentenced to join the illiterate ranks of more than half of all adult in the city of Philadelphia.

"In practical terms, it is unclear how these "antiracist" programs will translate into academic outcomes," Rufo concluded.

In the meantime, Rufo is working on his 10-part investigative series that will reveal how critical race theory (CRT) is implemented in schools. His investigative reporting has led former President Donald Trump to issue an executive order that banned such "white privilege" indoctrination at the federal level.