Dr. Spack explained that he administers puberty blockers and estrogen at an earlier than recommended age to his patients, so that young boys can grow up to be "beautiful." 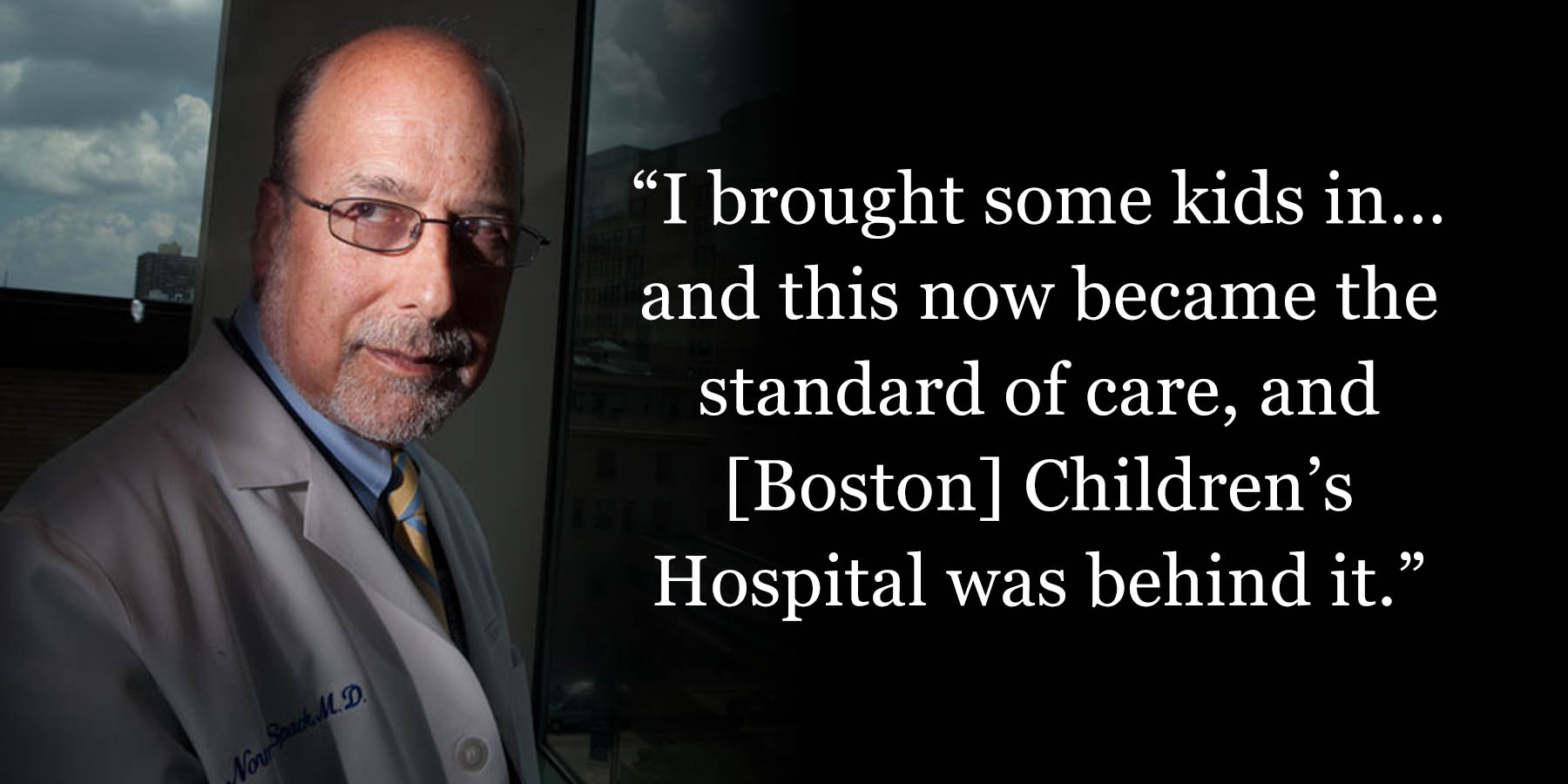 On halting puberty of children aged 10 to 14 years old, Dr. Spack said, “I brought some kids in… and this now became the standard of care, and [Boston] Children’s Hospital was behind it. We started a program in 2007. It became the first program of its kind in North America.”

Spack is a pediatric endocrinologist who co-founded the hospital’s Gender Multispeciality Service (GeMS) at Boston Children's Hospital, which welcomes patients as young as 3 years old. "At GeMS, our mission is to assess and care for gender-diverse children, teens, and young adults."

Dr. Spack gave a TED Talk lecture in 2013 where he talks of halting children’s puberty beginning as early as 10 years old. The makers of Lupron, the drug used to halt puberty, do not recommend it for use in cases of gender dysphoria, nor do they recommend prolonged use.

"At the time that puberty begins, about age 10 to 12 in girls and 12 to 14 in boys… the child who says they are in the wrong body is almost certain to be transgender and is extremely unlikely to change those feelings no matter how anybody tries," said Dr. Spack, advocating for the early use of puberty blockers.

During his TED Talk, Dr. Spack explained that he administers puberty blockers and estrogen at an earlier than recommended age to his patients, so that young boys can grow up to be "beautiful."

A 12-year-old male child from Britain was put on estrogen at the age of 13 while under Dr. Spack's care. "We blocked [his] testosterone with a blocking hormone. But we added estrogen not at 16, but at 13," Dr. Spack said. Jackie underwent "genital plastic surgery" in Thailand when he was 16 years old, due to the illegality of the procedure for minors in the United Kingdom.

Nicole Maines, another male patient of Dr. Spack, was placed on puberty-blocking drugs at the age of 11 and estrogen at 14.

Boston Children's Hospital has recently come under fire for boasting about having the first pediatric transgender surgery center in the country offering a "full suite of surgical options for transgender teens," including genital surgeries.

After media backlash, the children's hospital quietly updated their website and released a statement denying having ever performed genital surgeries on minors. A web archive of the Boston Children's Hospital page for vaginoplasties offered to 17-year-olds quickly disproves that claim.

Vaginoplasty is a complex procedure with a high rate of complications, with 20 percent to 70 percent of trans-identified male patients reporting to have experienced complications from surgery. Boston Children's was one of several  medical hospitals that allowed minors to assume these risks.