In an interview released on Saturday, the disgraced British socialite who aided American financier Epstein in trafficking girls said that she feels "so bad" for the royal, who has serious sexual abuse allegations against him. 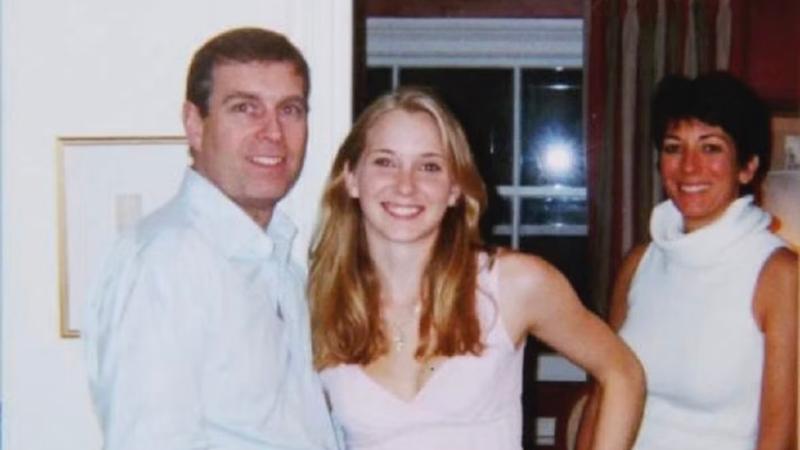 Ghislaine Maxwell, the convicted child sex trafficker and associate of late billionaire sex offender Jeffrey Epstein, has spoken up for the first time about her "dear friend" Prince Andrew, Duke of York, in a bombshell interview from prison.

Speaking to the Daily Mail in an interview released on Saturday, the disgraced British socialite who aided American financier Epstein in trafficking girls said that she feels "so bad" for the royal, who has serious sexual abuse allegations against him.


Maxwell also spoke of plots to have her killed while she serves her 20-year-sentence.

"As you are aware, there was a woman who made a threat, said she had a plan to murder me as I was sleeping," she said said to interviewer Daphne Barak, who spoke to her on multiple occasions over the summer at the Metropolitan Detention Center in Brooklyn, New York, and then in her new accommodations at Tallahassee's Federal Correctional Institute in Florida.

According to Barak, there had even been claims of a $1 million bounty on her head.

"But everybody here so far has been extremely professional, and I have not experienced any of the gross violations of my rights that I experienced at MDC," Maxwell said of her move to the "low-security" facility. "I don't feel unsafe. And I am perfectly able to live and work here."

Despite Prince Andrew having previously denied that he was ever close to the convicted sex trafficker, Maxwell referred to him as a "dear friend," and defended him.

"Yes, I follow what is happening to him," Maxwell

"He is paying such a price for the association with Jeffrey Epstein. I care about him, and I feel so bad for him," Maxwell added.

Barak then brought up an infamous photograph that has been used to connect the Prince to Epstein's sex trafficking ring – one that is said to have been taken by Epstein himself.

The picture shows the Duke with his arm wrapped around the waist of his accuser, then 17-year-old Virginia Roberts – now Giuffre – with Maxwell grinning in the background. Giuffre, who reached a settlement with the British royal earlier this year, had alleged in a lawsuit that Epstein trafficked her and forced her to have sex with his friends, including Prince Andrew, while she was underage.

Andrew, 62, has denied all wrongdoing, and claimed that the photo is fake, reported The Sun.

Maxwell also insists that the picture must be doctored in some way.

"I don't know exactly how many points there are, but there are over 50 problems with the picture," she told the interviewer.

"There are so many things that are wrong with it… As soon as my appeal is over, I will be very happy to discuss it with you."

Maxwell's claims about the photograph contradict a 2015 email she sent to the high-profile American lawyer, Alan Dershowitz, according to Barak's report.

In a message to Maxwell, Dershowitz wrote: "Dear G. Do you know whether the photo of Andrew and Virginia is real? You are in the background."

Just 11 minutes later, Maxwell replied with "It looks real. I think it is."

Maxwell then decried the "cancellation" of people who supposedly were not even connected to Epstein's trafficking ring.

According to Epstein's former girlfriend, this is an example of "cancel culture."

"So I think for all those people, including some of them who never met him, it's been a very heavy price that has been paid due to the cancel culture. So, you know, from that perspective, I think it's been very difficult for a lot of people."

When asked about the Prince's lawyers arguing that he and Maxwell were never close, the convict acknowledged and accepted it.

"I accept that this friendship could not survive my conviction," she stated.

"I don't have an expectation," she said of the possibility of becoming friends with the Duke again in the future. "People who I have been friends with – and very close friends with – whoever they may be, well, I can't think about what they will want to do or not do. I can only control what I do."

Maxwell also brought up other high-profile names who she says were victims of being associated with Epstein, including two former US presidents.

At Maxwell's sex-trafficking trial last year, Epstein's former pilot testified that he flown the likes of Prince Andrew, as well as Bill Clinton and Donald Trump in the financier's private jet all over the world.

"It was a special friendship, which continued over the years," Maxwell said of her relationship with Clinton. "Until…" she tailed off.

"We had lots in common. I feel bad that he is another victim, only because of his association with Jeffrey. I understand that he, like others, can no longer consider me as a friend."

On Trump, she praised him for publicly wishing her well when she was arrested in 2020.

"I wish her well, whatever it is," the Republican politician said at a press conference when asked about Maxwell's case, reported Politico.

After facing criticism, Trump opened up about what he meant in an interview with Axios.

"Yeah, I wish her well," he said to interviewer Jonathan Swan. "I'd wish you well. I'd wish a lot of people well. Good luck. Let them prove somebody was guilty."