Citing security concerns, 18 states have re-passed limits on mail-in voting following the aftermath of the election, when the results became highly contested with many, including former President Donald Trump, becoming suspicious of potential voter fraud. 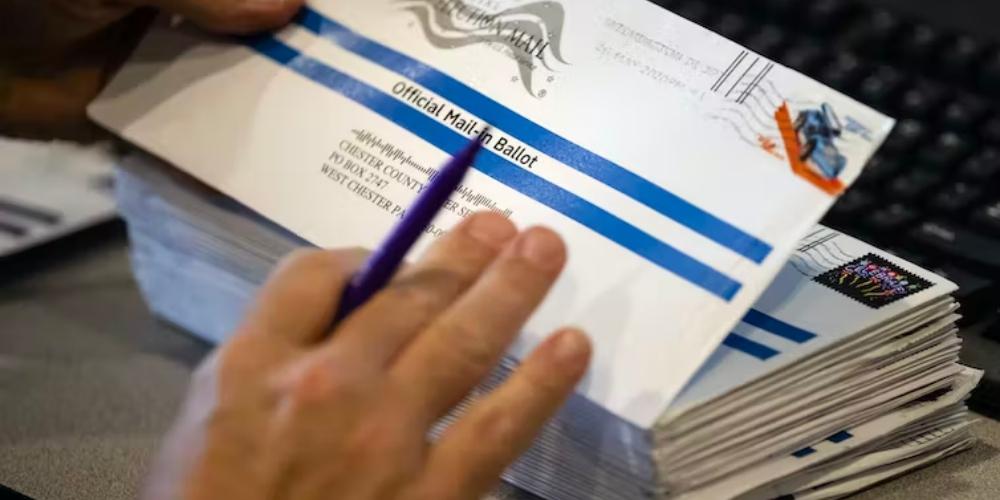 The Republican Party has pushed to reign mail-in voting back in, after the practice surged during the 2020 presidential election due to exceptions made for the COVID-19 pandemic.

Citing security concerns, 18 states have re-passed limits on mail-in voting following the aftermath of the election, when the results became highly contested with many, including former President Donald Trump, becoming suspicious of potential voter fraud. Different restrictions on mail-in ballots include requiring extra identification requirements and shortening the window in which the votes can be cast, reported Reuters.

In the meantime, 22 states have expanded mail-in voting, according to the Brennan Center for Justice and Voting Rights Lab.

The most recent state to rule in favor of the GOP's efforts to secure the voting system is Wisconsin, with a judge on Wednesday ruling that state law does not allow election clerks to fill in missing information on witness certification envelopes that contain absentee ballots, reported WEAU.

The lawsuit that challenged the practice of local election officials modifying absentee ballot certificates, backed by the Republican-controlled state legislature, is the latest move by the party to tighten restrictions on voting by mail in the swing state where Democratic Gov. Tony Evers is on the ballot this November. In August, Gov. Evers vetoed legislation that would have put the same restrictions against election officials.

Waukesha County Circuit Judge Michael Aprahamian granted GOP motions to immediately block the practice, known as ballot curing. The case is expected to go to the conservative-controlled Wisconsin Supreme Court, which ruled in July that absentee ballot drop boxes located outside of clerk offices are illegal, according to AP News.

According to Judge Aprahamian, the elections commission has been "stubborn and unjustified adherence to its guidance" that was contrary to state law.

Since the dramatic decline in the seriousness of Covid, mail-in voting is unlikely to be used as heavily in the upcoming midterm elections this November, but some voting rights advocates are displeased with setting back the rules to the way things were pre-pandemic, even likening the restrictions to a time when women couldn't vote.

After Gov. Evers vetoed the Republican's plan in August, WI Democratic Sen. Tammy Baldwin compared it to when the state ratified the 19th Amendment, giving women the right to vote.

Although many Democrats deny the inherent insecurity that comes with mail-in voting, data shows an increased risk of election fraud, according to University of Chicago public policy professor Anthony Fowler.

The most secure method for avoiding election interference is voting in person on paper ballots that are kept in a lockbox until being counted, Fowler told Reuters.